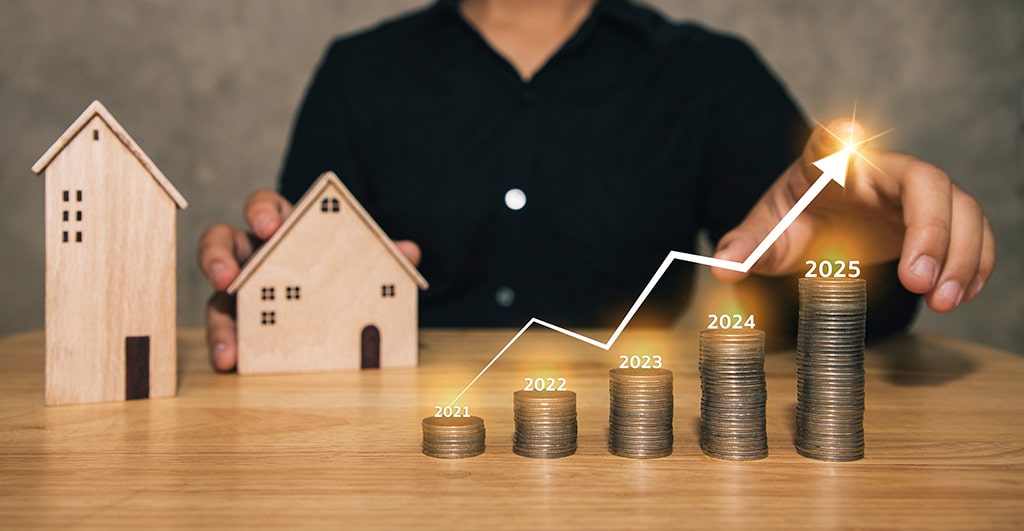 After a long hot summer, the likes of which has not been seen since 1976, the mercury is finally starting to fall as autumn approaches.

As parents panic buy school uniform, holiday suitcases are stored back in the loft, and Britain wonders whether it will be Liz Truss or Rishi Sunak moving into Downing Street, the pollsters have been hard at work forecasting how property prices across the capital will perform over the coming years.

And, like the weather forecast, the trajectory they predict is firmly downward. 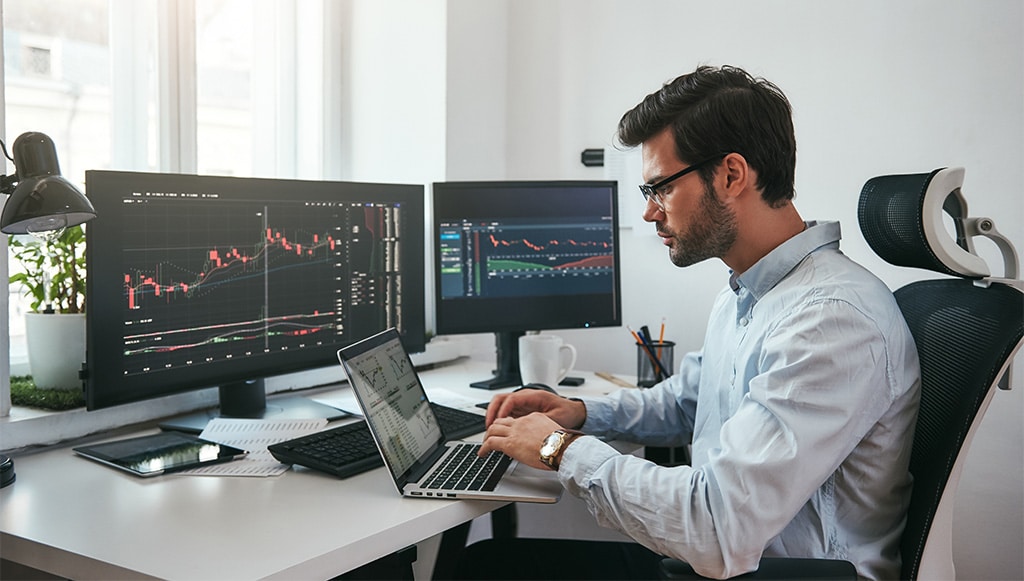 The Trouble with Numbers

Back in November estate agent Savills was confidently forecasting that property prices would grow eight per cent in prime central London during 2022. The firm has now slashed that forecast in half, anticipating price growth of just four per cent by the end of the year.

This more pessimistic view is blamed on everything from a slower pace of return of international buyers than anticipated, war in Ukraine, and the downfall of Boris Johnson.

Next year Savills has upped its growth forecast, however, from four to seven per, cent, and expects PCL prices to jump by 21.6 per cent by the end of 2026.

At the same time, it forecasts growth of 13.6 per cent in prime outer London.

Strutt & Parker has also rethought its five year price forecasts. Last year it believed London house prices would grow between 5 and 10 per cent this year.

That has now been reduced to growth of 2 to 5 per cent this year, with cumulative growth of between 15 and 25 per cent by 2026.

While this might all seem hugely worrying news for would-be buyers, not to mention those considering selling in the next few years, Black Brick’s view is that headline figures cover a multitude of variety.

“Forecasting what will happen in five years’ time is an incredibly hard thing to do,” said Camilla Dell, managing partner of Black Brick. “It is as hard as predicting the British weather. You have got to take these reports with a pinch of salt because conditions change all the time.”

With a weak pound plus Britain’s copper bottomed reputation as a safe haven in which to store capital Dell’s view is that overseas buyers will continue to prop up the capital’s super prime, £10m market, come what may.

She also feels the £2m to £10m price bracket will be insulated by plenty of pent up demand from buyers who are still looking for a perfect family home post-pandemic – and whose search has been hampered by low stock -plus wealthy young buyers assisted by the bank of mum and dad looking for a smart starter flat.

“I think that when you start to go below £1m the market looks more vulnerable because of the cost of living crisis, and the increasing cost of mortgage finance,” said Dell.

Caspar Harvard-Walls, a partner at Black Brick, agrees that a more nuanced approach is necessary when considering the investment potential of a new home. “You have to remember that you are not buying a bond in Prime Central London,” he said. “You are buying a specific apartment or flat, and you have to think about the prospects for that specific street, and that specific property rather than look at a headline figure for an area which contains hundreds of thousands of homes.” 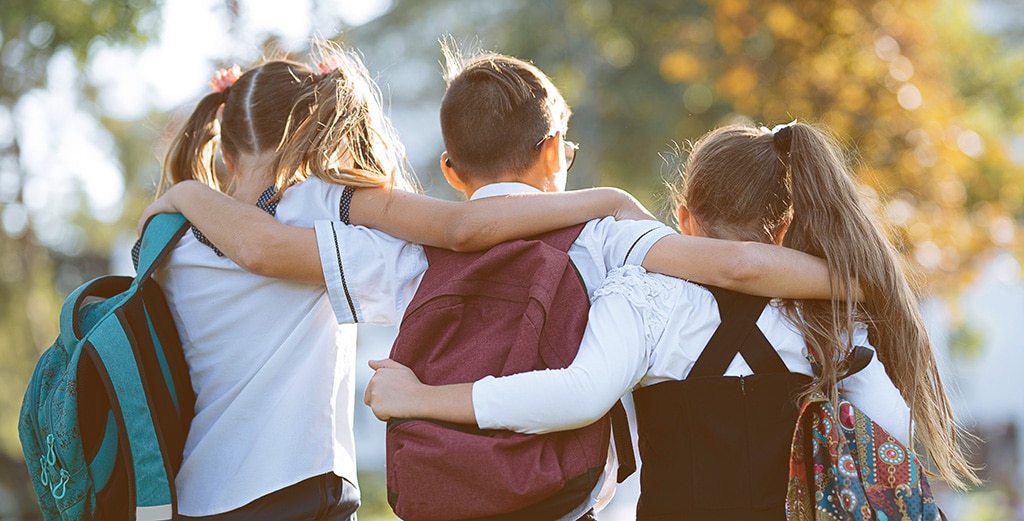 Parents can breathe a collective sigh of relief as children return to school for the start of the autumn term.

Schools have long been a huge driver of house moves, with parents willing to relocate to be close to their preferred primary or secondary.

According to recent research by law firm Simpson Millar the average price of a home within the catchment area of a top-rated state secondary or primary school is 26 per cent higher than the London average price,

As the cost of living crisis continues – consumer price inflation hit 10.1% in July according to Government reports – Black Brick believes that families who might once have taken private education for their children as a given will be reconsidering their state school options.

This will make homes in boroughs with strong school standards particularly resilient to the recession which the Bank of England warns could hit the UK by the end of this year.

It is no coincidence that the strongest performing borough in London, according to the most up-to-date UK House Price Index Data, is the leafy west London hotspot Richmond upon Thames, where prices have grown 12.2 per cent in the past year against a London-wide average of 6.3 per cent.

“I think that in the cost of living crisis a lot of people will be saying to themselves: “Hold on, day school fees in London can easily be £15,000 to £20,000-a-year. If you have got two or three children, the savings … [by switching to a state school] … are enormous.” 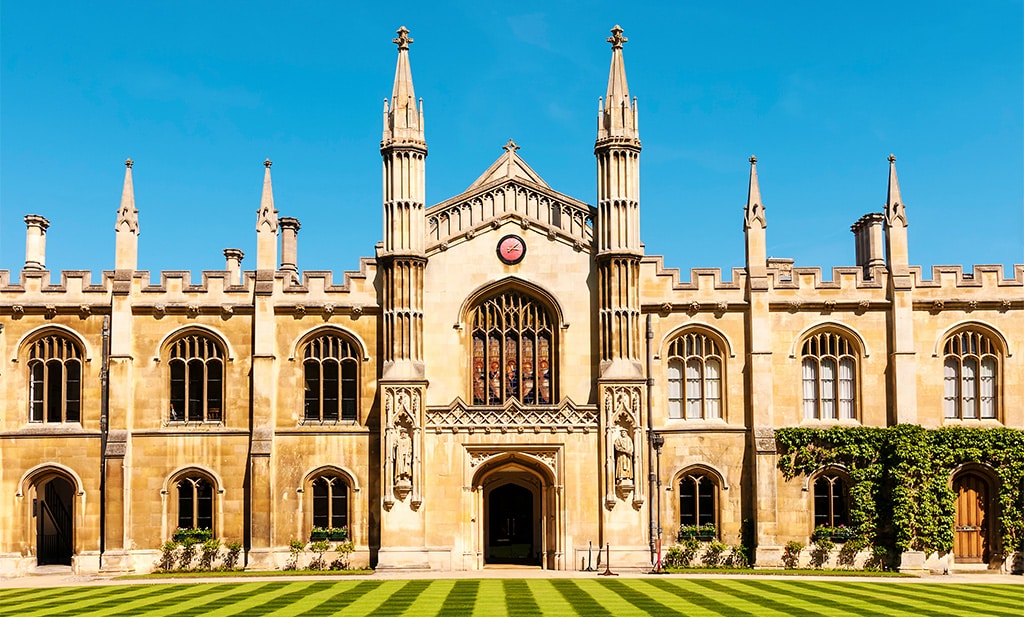 Another factor influencing parents’ schooling choices is the pressure being put upon elite universities, notably Oxford and Cambridge, to reduce the number of private school pupils admitted.

About 70 per cent of new Oxbridge undergraduates came from state schools in the past academic year.

The reality is that privately educated students, who represent around seven per cent of all pupils yet get the other 30 per cent of places, are still wildly over-represented.

But horror stories about straight-A students with impeccable Universities Central Council on Admissions (UCCA) forms being denied a place at their chosen institution are doing the rounds, so parents are also reconsidering their strategy on grounds other than the purely financial.

“I think that catchment areas across prime outer London are going to play an increasingly important part in determining how a house will perform during future downturns,” said Harvard-Walls. “If people’s income is squeezed, saving on school fees will become a massive issue.”

A Game of Chicken

During the pandemic competition for property – particularly family homes in leafy suburbs – was fierce. Competitive bidding became almost the norm in some neighbourhoods and best-in-class homes were snapped up well before hitting the open market.

But with political uncertainty and so much gloomy news swirling around about the economy buyers would be forgiven for feeling unwilling to pay over the odds for a property in the current climate.

Black Brick has noticed a changing mood amongst buyers who are no longer happy to blindly “put their best foot forward” in order to secure a home. “We are just starting to see a few homes hang around on the market,” said Harvard-Walls. “There was a moment a few months ago where it was not quite a situation of “name your price” for vendors, but it was getting there. I think a bit of that temperature has gone.”

While buyers tend to be easily swayed by alarming headlines, vendors have an equal tendency towards optimism, believing that somewhere out there exists someone willing to pay a ceiling-busting price.

“This is something that always happens when you go into a downturn – a Mexican stand-off between buyers, who don’t want to overpay, and sellers, who still think the market is rising,” said Dell.

“That leads to a drop in transaction numbers, because they can’t agree on a price.” 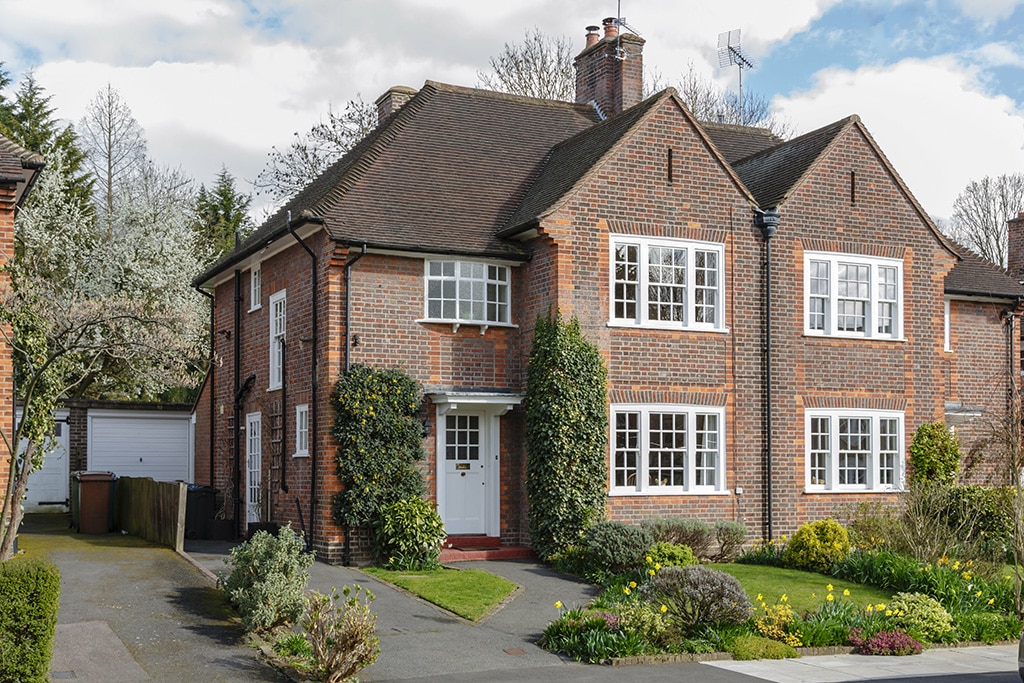 Perhaps the only people currently sitting pretty in property right now are landlords.

Rents continue to increase, and tenants are battening down the hatches in response.

The average length of tenancies in PCL has been steadily increasing since the onset of the pandemic and reached a new high of 25.8 months during the second quarter of this year, according to investment specialist London Central Portfolio. A similar pattern is being seen across the capital as tenants judge that staying put is a better option than trying to find somewhere new to live amidst rising prices and super-hot competition.

Getting into the landlord game is a high stakes business and buyers may struggle to break even on a PCL bought with a conventional buy to let mortgage given the high entry costs.

But beyond PCL Harvard-Walls believes there is huge opportunity in the family homes market.

“There is a big gap in the market for really really high quality family houses in the suburbs,” said Harvard-Walls. “They are impossible to find at the moment, and as a result the rents are really high. If I was going to invest in a buy to let that is where I would be looking.” 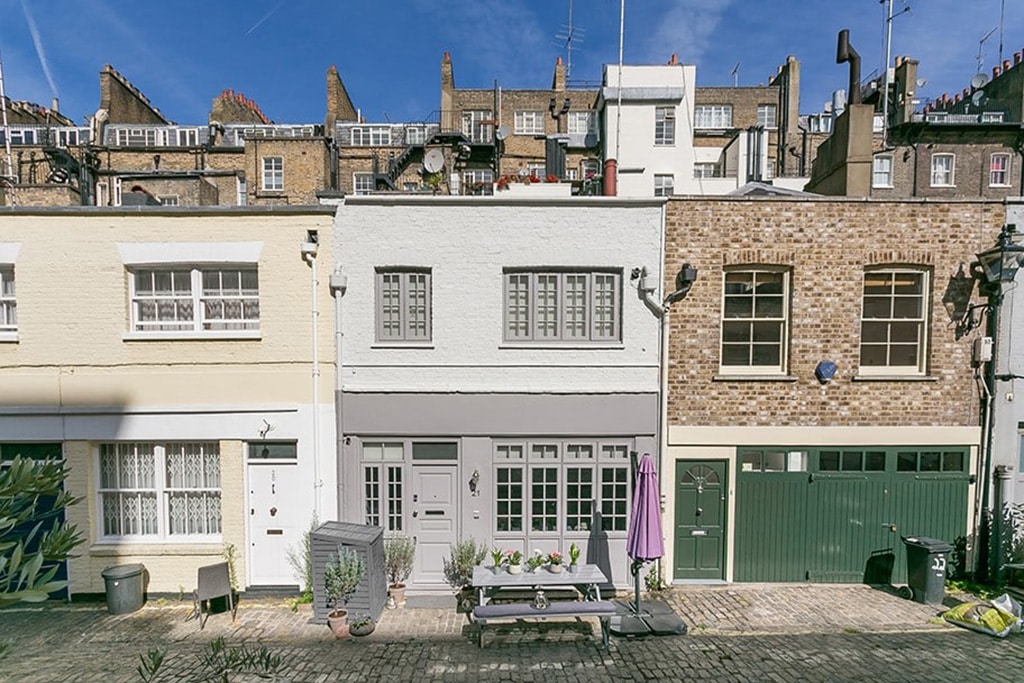 Our clients were from the Far East and were keen to find an investment property which they could initially rent out before moving into when they relocate back to London.

With a top budget of £2m they were looking for a three bedroom home which combined period architectural features, with modern features like air conditioning, and which had low running costs. They were flexible on location, although they did want a PCL address.

We found them a very pretty house on what is considered the best mews in the W2 postcode, and then negotiated a £225,000 (10.2 per cent) discount on its asking price.

The property fitted our clients’ wish list, and as it is a freehold house there are no excessive service charges to add to monthly running costs.

Proximity to the new Crossrail station at Paddington, which is only five minutes’ walk away, will make the home very sought after by renters and convenient for its owners. And our service extended to helping our clients find an interior design firm to help bring the property to life. 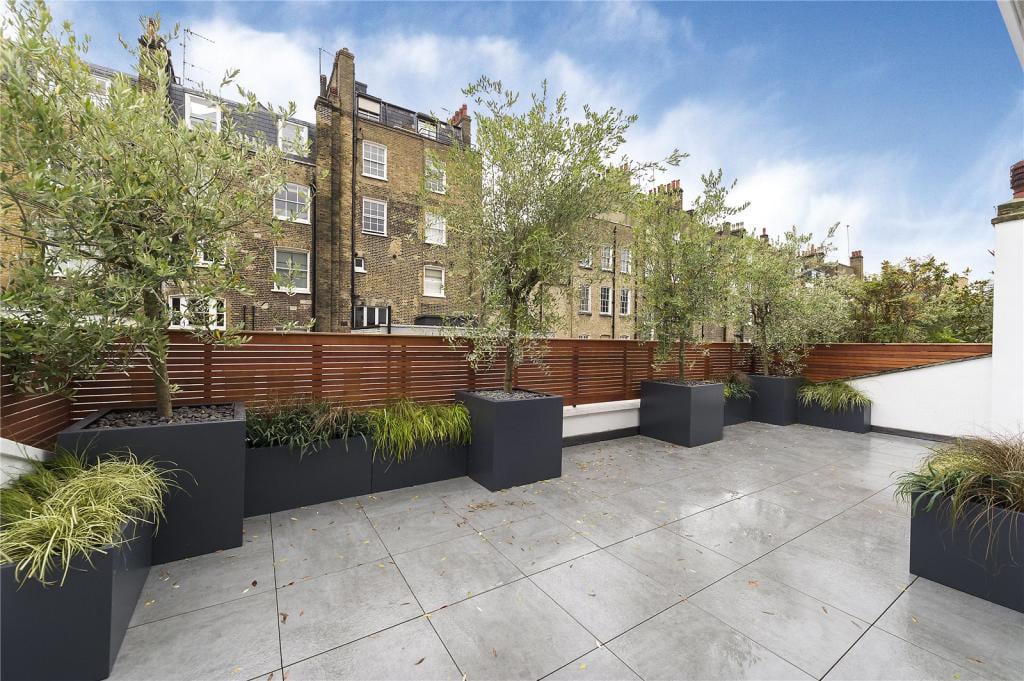 Our client wanted to leave their rental in leafy, suburban Hampstead Garden Suburb and move to a more vibrant central London neighbourhood.

They wanted a home in great condition, with at least four bedrooms, and outside space. And, because it needed to be close to their children’s nursery school, they had their eye on Marylebone.

Unfortunately, smart family houses in this sought after urban village are in very short supply which put them in a tricky situation.

Luckily our ability to source property gems meant we managed to find a recently refurbished mews house with a superb roof terrace on a very pretty cobbled mews.

In location terms it is a ten minute walk to Hyde Park and Marylebone High Street is even closer.

And we were able to agree a move in date convenient to our clients.