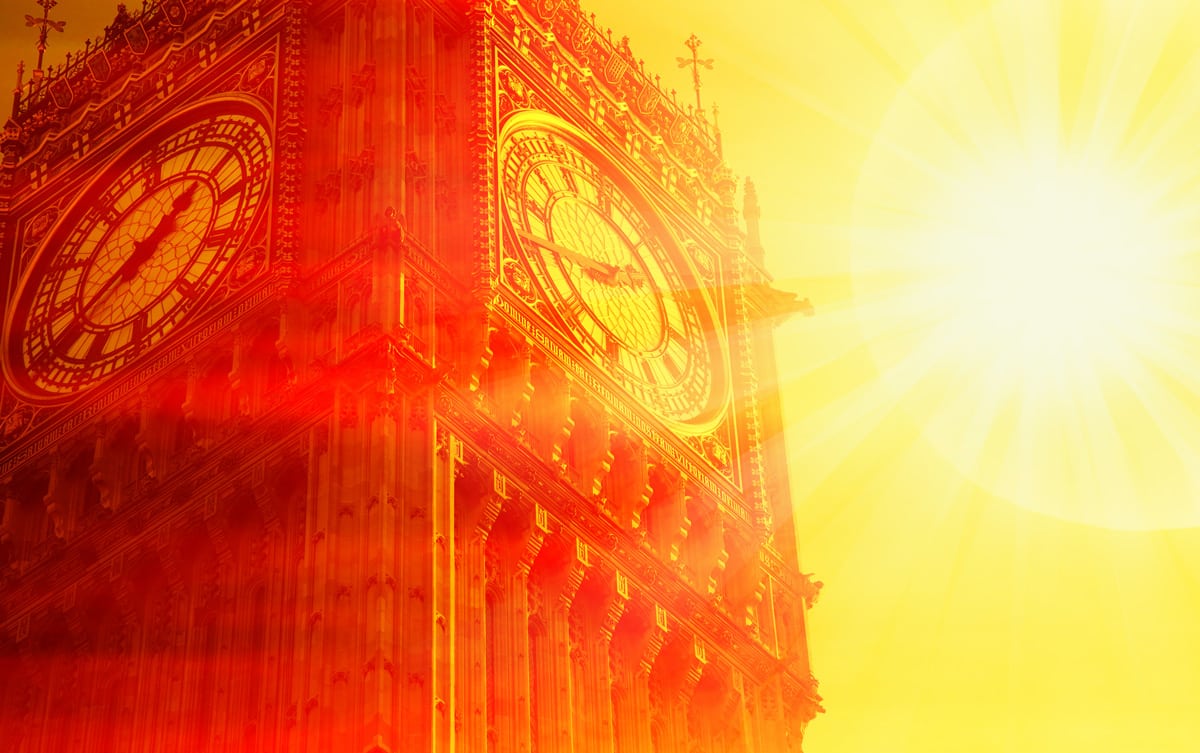 The times they are a-changin’

One thing that has not been in short supply so far this summer has been drama. Britain has experienced its most extreme heatwave since records began, Boris Johnson’s tumultuous premiership has come to a screeching halt, and train strikes have brought London’s transport network to its knees.

But, despite the cost of living crisis, there are as yet scant signs that London’s housing market is flagging.

In fact, with demand still outflanking supply, foreign buyers back in town and on the hunt for smart city crash pads, at least one family on the lookout for a new home from the start of September, there are promising signs that real estate is in a good state to weather the coming economic storms. 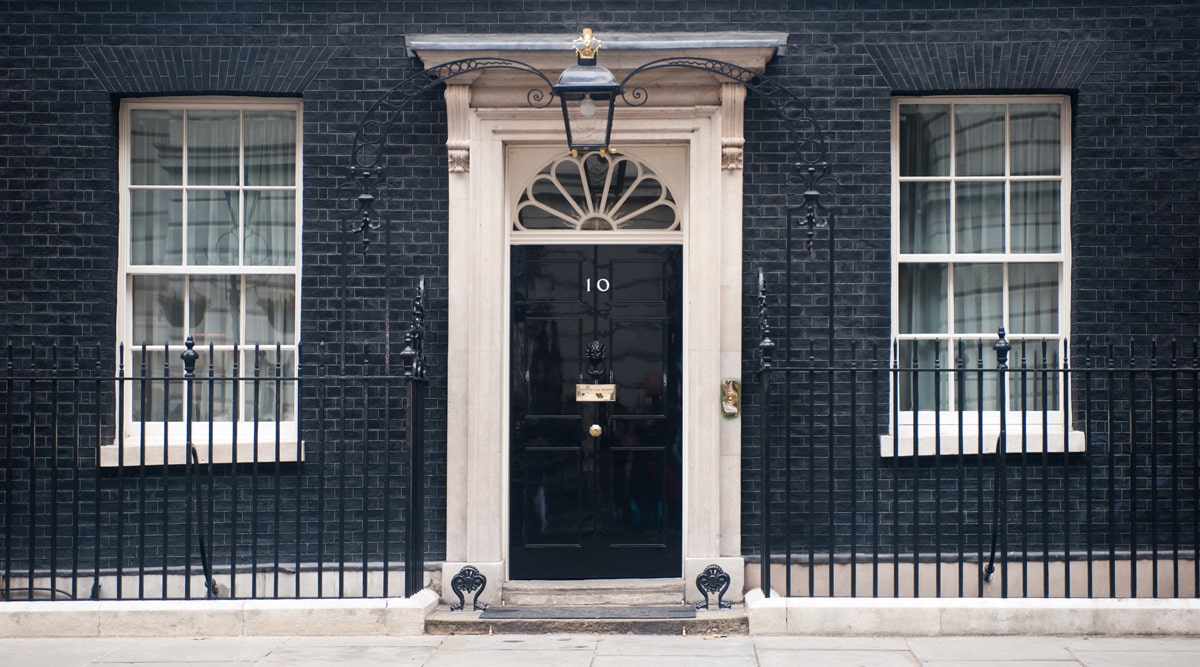 Stock up on bubble wrap and don’t forget to redirect the mail. Unless you’ve been living under a rock you can’t fail to be aware that Boris and Carrie Johnson will soon be packing their bags and moving out of Downing Street.

Moving house, particularly when young children and pets are involved, can be a stressful business. And although the Johnson family owns two homes both have been rented out and it is unclear whether they will be available to the family.

The Johnsons’ London home is in the south London suburb of Camberwell; a four bedroom Victorian semi which cost £1.2m in July 2019. But Tom Kain, a buying consultant at Black Brick and expert in this swathe of London, feels the couple may have missed a trick.

“Camberwell has got some very nice Georgian streets, and that architecture can be hard to find in London,” he said. “But the problem is that the transport links are not that great, and outside of those really good streets it is really quite downmarket. Prices have not been going up for the last couple of years.”

A better bet, thinks Kain, would have been Herne Hill, Dulwich, or East Dulwich, which all have better transport links, lovely period houses, some fantastic schools, particularly in Dulwich, and all the trendy shops and cafes anyone could wish for on Lordship Lane. 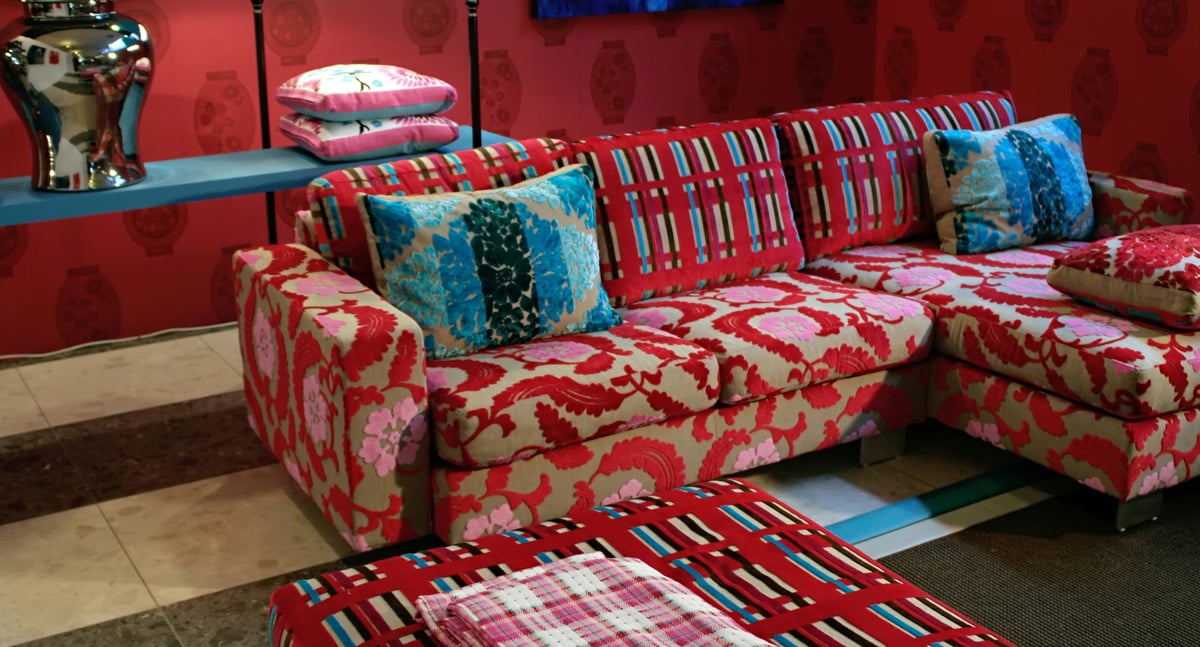 A question of style

Still on Downing Street, the Johnson’s £200,000 refurbishment of their grace and favour apartment above number 11 has been the subject of much speculation, from the gold wallpaper in the entrance hall, to the gilt drinks trolley.

The décor was the work of interior designer Lulu Lytle, a leading proponent of the “granny chic” movement. And while Lytle is considered a hugely influential player in the world of décor it is hard to imagine either Liz Truss or Rishi Sunak living with her maximalist vision for long.

“It is actually really difficult to sell a property which has been refurbished, to an expensive level, but not to everyone’s taste,” said Caspar Harvard-Walls, a partner at Black Brick. “Buyers will take the view that they are having to pay a premium because it is renovated, and they will have to pay to undo it, so they are having to pay twice.”

Camilla Dell, managing partner of Black Brick, agrees: “The more whacky and weird it is the harder it is to sell.”

Prime central London has been waiting with bated breath for the return of overseas buyers after the pandemic. And, finally, international buyers are starting to enquire about brilliantly located apartments once again.

“They want to buy somewhere in London so they can come and have some fun,” said Harvard-Walls. “They want the restaurants, theatre, private members’ clubs, and shopping.

“In the last few days I have talked to an American family looking in Chelsea and Belgravia, Australian friends who want to be in Mayfair for all the clubs; it feels like we are back in 2018.”

Interestingly this new wave of buyers – with budgets ranging from £1.5m to £10m – isn’t particular about having outdoor space, or even lots of square footage. “It is all about location, location, location,” said Harvard-Walls. “They want lateral flats in really, really prime locations like Belgravia, Mayfair, and Marylebone, right on top of the restaurants and shops.”

The latest data from Savills shows that PCL prices are continuing to grow steadily, up by 3.3 per cent year on year – the strongest annual growth since September 2014.

With prices almost 18 per cent down on their 2014 peak there is still, said the firm, plenty of opportunity for buyers, particularly those buying in foreign currencies and able to take advantage of the weak pound.

Have we reached peak house?

If this trickle of buyers becomes a torrent, then it could help reverse the long running disparity between house and flat prices in the capital; during the pandemic few buyers were interested in urban apartments while many hankered after spacious family homes.

A recent study by Savills found that houses are still outperforming flats on an annual basis – but that gap is closing as office workers return to the capital.

House prices in outer prime London rose by 1.2% during the second quarter of 2022 (down from two per cent in the first three months of the year) and by 0.8% in prime central (down from 1.2 per cent) . Flats in both markets grew half a per cent in Q2.

Black Brick’s own deal book also shows a resurgence of interest in apartments. Pre -pandemic (2019/20) 83 per cent of its clients bought flats, while just 17 per cent bought houses.

By 2021/22 this ratio has changed dramatically, with more than a third of buyers (37 per cent) buying houses, and 63 per cent opting for flats.

So far this year sales have been evenly split between flats and houses, suggesting a return towards normal conditions

“Enquiries coming through now will translate into future business,” said Harvard-Walls. “The people we are talking to now will start to show in our data in six months’ time.”

Even the world’s wealthiest men and women watch their spending and as the cost of living crisis escalates so running costs are at the forefront of many buyers’ minds.

This is particularly noticeable in the apartment market where service charges can vary wildly between buildings depending on staffing levels and the scale of amenities.

Buyers have started to enquire about annual costs before viewing properties and will balk if they feel rates are unacceptably high.

“I think that people are used to service charges of £12 to £18 per sq ft in prime central London,” said Dell. “But when it starts to go above £20 per square ft they start to ask questions.

“We have certainly heard that deals have been done where the buyer has asked for the service charge to be waived for two to three years, or capped in some way, at some of the super prime developments. If we were bidding on something like that it is certainly an angle we would look into getting for our client.”

Food for thought and dates for your diary

The special guest in this month’s Black Brick podcast, Finding Perfect Property, is the legendary property editor Anne Ashworth. Journalist, broadcaster editor, and commentator, Ashworth, a long time stalwart at The Times, has built up unrivalled expertise over three decades. Hear her take on all things prime property and investment here: https://www.black-brick.com/podcast/

To help buyers navigate London’s rapidly evolving property market Black Brick has created a series of exclusive guides to the market, tips and insight into the buying process, and property investment in London: https://www.black-brick.com/property-guides/

Camilla Dell will be speaking at next month’s FT Weekend Festival, alongside an exciting and eclectic roster of writers, journalists, chefs, designers, artists, business leaders, and film makers. The event is being held at Kenwood House, Hampstead, on September 3. For more information, and to register, see: https://ukftweekendfestival.live.ft.com/

In the same week Dell – this year ranked as one of London’s top two buying agents in the latest issue of Chambers High Net Worth, a comprehensive guide to the best wealth advisors in Britain – will also be dissecting London’s property market at Spear’s 500 Live. This gathering of some leading wealth experts, from buying agents to family lawyers, and investment specialists, takes place at the Carlton Tower Jumeirah in Knightsbridge on September 3: https://nsmg.live/event/spears-500/

Our British clients wanted a light, bright two to three bedroom flat or house within walking distance of their surgeries in London’s medical distance.

They had spent a year house hunting on their own but a severe shortage of stock – and as a result a high level of competition – had defeated them.

They called us in to assist and, thanks to our close relationship with a local estate agent, we were able to take first look at an off-market mews house which was exactly what they had been looking for.

Although the house needed some work another buyer was also interested in the house but, with our guidance, our clients made the winning bid to secure the property.

Our clients were Flyway, a co-ownership company which offers buyers the chance to buy a share in a second home. This cuts the cost and admin involved in owning a London pied a terre. And since you own a share of the property you have a capital asset to dispose of when you are ready.

Flyway were looking for one or two bedroom newly built apartments in great locations and with outstanding views.

We searched through scores of developments across central London to identify a shortlist of options, and then negotiated the sale of a contemporary one-bedroom flat with a winter garden and panoramic skyline views of London.