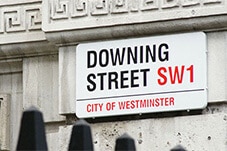 In an almost entirely unexpected outcome, yesterday’s General Election sees the return of the Conservative Party to government with a working majority – a result that is likely to reignite London’s Prime Property market.

“We anticipate a huge bounce-back and a flood of enquiries. A lot of people have been holding off from making decisions but, overnight, an enormous amount of uncertainty has been removed from the market. We’ve already had deals exchange this morning and we’re now moving forward with a potential £22 million transaction. We expect this trend to continue as buyers look to move quickly to avoid potential price rises now confidence has returned. We expect market conditions to return to a much more fluid, normal market, particularly in the £2 million plus bracket where both buyers and sellers will return” says Black Brick Managing Partner Camilla Dell.

Financial markets have responded strongly, with the FTSE 100 jumping 2.2% at the open, with real estate stocks performing particularly well – Foxtons rose as much as 13.5%, while Countrywide was up 10.5%. The pound also surged against the dollar.

Pollsters had forecast a hung parliament, with the Labour Party and Liberal Democrats – both of whom planned to introduce a Mansion Tax on properties worth more than £2 million – tipped as more likely to be in government than the Conservatives. The removal of this threatened tax will particularly unblock demand in the £2 million-plus segment of the market, and is likely to lead to price rises.

Meanwhile, Labour had also promised to abolish Non-Domicile Status, which allows individuals to reside in the UK while being tax-resident in a different jurisdiction. Such a move would likely have led to selling pressure at the prime end of London’s market.

While substantial tax rises are now unlikely, it is expected that a Conservative government will reform Council Tax bands, increasing the number of bands at the top end of the market. However, such tax increases are likely to be relatively modest compared to the expected amounts raised via a Mansion Tax, and reform of the tax is likely to be welcomed, as it is widely perceived to have become unfair.

As well as providing reassurance to potential Prime Central London buyers, the election outcome will have been welcomed by top-end developers. “This morning a lot of Prime London property developers will be breathing a sigh of relief,” says Dell. “Trophy developers had a great deal at stake.”

“This is certainly the best possible result for the market,” says Black Brick Partner Caspar Harvard-Walls. “But we should sound a note of caution. A lot of our clients are dollar-based, so any rally in the pound will impact London’s value. And the Conservatives have promised a referendum on Britain’s EU membership. While we would expect the UK will vote to stay in, the run-up to the referendum would, again, introduce a dose of uncertainty to London’s property market.”

Property investment pays off for the UK’s super-rich 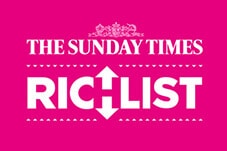 The Sunday Times’s closely watched Rich List has showed the UK’s wealthiest individuals have shaken off the effects of the financial crisis – and property billionaires have mostly seen strong increases in their wealth this year. The net worth of the UK’s 1,000 richest men and women has reached $547 billion, up by 112% since 2009, and the pace of growth has accelerated over the past 12 months. The Rich List includes 117 billionaires and, of these, 28 are estimated to have made the majority, or a large amount, of their fortunes from property. Some of these have enjoyed a banner year: South African-born property magnate Nathan Kirsh has seen his net worth jump 63% to £5.06 billion, while Sir Henry Keswick’s value is up 34% to £3.28 billion. Mumbai-born brothers Simon and David Reuben, the UK’s richest property-related billionaires and fifth richest overall, saw their wealth grow by a more modest 8%, to £9 billion. 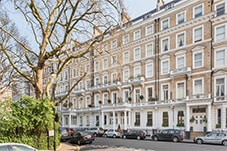 One advantage we offer over traditional estate agents is our ability to cover considerably more of the market in our searches. Last month, we acted for the parents of a Chinese student at Imperial College. Dealing with a couple of estate agents, he had found a perfectly reasonable flat – but we felt he could do better. Through our extensive network, we identified a beautifully appointed two-bedroom flat in Queens Gate Gardens, a garden square in South Kensington. The rest of the building is divided into much larger apartments, ensuring the highest standards of maintenance of the building’s communal areas. We were able to arrange viewing at short notice, to coincide with a visit to London by his parents, and within four days we had secured the property at the asking price of £1.725 million.

Property acquisition of the month 2- The beginning of a Brazilian buying wave? 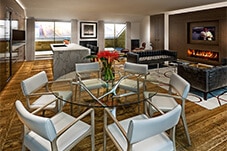 Access is everything in London’s prime property market – in this case, quite literally. Our client, a Brazilian property developer, was in London for a week looking for a two-bed central London pied-a-terre. We were able to obtain a viewing of a boutique development underway in Maddox Street, Mayfair, before the property was finished, let alone marketed. By getting in ahead of other potential buyers, we were able to exchange within two weeks, at the £1.925 million asking price. The growing interest we are seeing from Brazilian high-net worths, and others in Latin America, shows the breadth and depth of demand for London Prime Property from around the world. 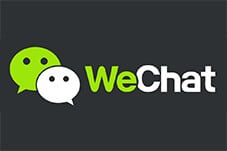 We’re excited to announce that Black Brick has launched a WeChat platform on the leading Chinese social media app. Black Brick already has a WeChat account (ID: BlackBrick868), which allows the app’s 500 million-plus users to keep in touch with us via instant message, but our new platform significantly increases our WeChat presence. The Black Brick WeChat platform serves as a mini website, providing users with easy access to information on what Black Brick does, the Black Brick team, and case studies and market updates. We think we’re the first UK buying agent to develop a WeChat platform, and we’re confident it will help raise our profile among Chinese buyers. Users can subscribe to the platform using the ID bobanggoufang (the phonetic for Black Brick’s Chinese name) or by scanning the barcode below. 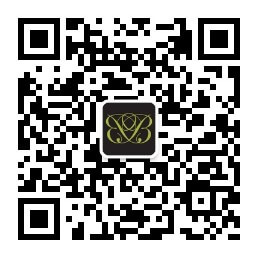