Making predictions about the future is always a tricky business, and never more so in 2019, as the UK prepares to leave the European Union. With the clock ticking down to the 29 March departure date, and no deal yet approved by Parliament, we face enormous uncertainty about what 2019 will bring, and what it will mean for the Prime Central London property market.

Below, we summarise the usual annual price and rental yield forecasts from leading property market analysts – most of which are quite cautious, and seemingly predicated on an orderly Brexit along the lines of Prime Minister Theresa May’s agreement with the EU.

However, we also thought it might be useful to briefly set out the three most likely scenarios, and how we think they would affect the London market.

If May’s deal is rejected by MPs, and Parliament proves unable to coalesce around an alternative plan of action, the UK will crash out of the EU without a deal. This would lead to serious economic disruption, a collapse in the pound – possibly to parity with the dollar – and significant falls in UK property values: before Christmas, the Bank of England warned that a no-deal Brexit could cause prices to drop 30%.

Such an outcome – which we still consider highly unlikely – would serve to make London even more attractive to dollar-based buyers. We believe it would represent a major buying opportunity for investors who are currently sat on the sidelines. The question, of course, would be how much supply would come on to the market, given depressed pricing.

Brexit deferred, and a second referendum – 5/1

An alternative to a no-deal Brexit would be Parliament forcing the government to suspend Article 50 and prepare for a second referendum. While many Remain voters would welcome a re-run of the 2016 vote, such an outcome would, we believe, be the worst possible one for the London market, at least in the short-term.

A second referendum would involve another period of profound uncertainty: while there are no set rules for holding referendums in the UK, it would likely take at least six months to hold a new vote, and potentially longer, with no guarantee that the profound divisions exposed by the original vote will be resolved. From the point of view of the property market, it would provide no incentive for either buyers or sellers to act until after the next referendum.

Under such a situation – which be believe is more likely than no deal, but still highly unlikely – we would expect a continuation of current market conditions, which have pushed the RICS index (which measures the proportion of surveyors who expect house prices to rise versus those who expect falls) to its lowest level since 2012, according to Reuters, “as the approach of Brexit put off buyers and sellers”.

We remain of the view that May’s compromise deal, or something similar, will eventually be deemed the least-worst option by a majority of MPs. While it doesn’t resolve all the issues surrounding the UK’s departure from the EU – which will depend upon negotiating a free trade deal over the next two years – it would be sufficient to allow the property market to return to something resembling normalcy.

According to land agents Aston Mead, this would unleash “undeniable pent-up demand, especially in London and the South East, which is likely to make itself evident once Britain leaves the European Union.” Indeed, Lon Res is reporting increased numbers both of applicants registering interest with agents in prime London, and of properties going under offer.

“The reality is that no-one knows what’s going to happen over the next few months,” says Camilla Dell, Managing Partner at Black Brick, “but these three scenarios at least sketch out how the London property market could respond to the most likely eventualities.”

Despite the uncertainty and the slowdown in activity it has caused, property is still changing hands. “We’ve had a busy start to 2019, with a number of new instructions to buy, sell and rent – and Prime Central London property remains attractive to a range of buyers,” says Dell.

Away from Brexit, here are Black Brick’s predictions for 2019:

This will be another good year for dollar-based buyers, observes Black Brick Partner Caspar Harvard-Walls. They are taking advantage of a nearly 30% fall in sterling against the dollar over the last four years, from a high of $1.71 in mid-2014 to a post-referendum low of $1.20 to the pound in early 2017. “Half of our clients in 2018 were from dollar-based countries, which is twice as many as last year.

“For these clients, the currency advantage combined with the fall in capital values across the residential market has meant that they are seeing a saving of over 45% compared to what they would have paid for the same property at the peak of the market in 2014.”

New developments offered some of the biggest opportunities last year for buyers looking for large discounts, and we predict the same again in 2019, particularly when buying in the secondary market.

“Some of the best deals we are sourcing for investors at the moment, with discounts reaching around 20%, are from owners who agreed an off-plan purchase two or three years ago. Due to falling prices, some are unable or unwilling to complete, so face either selling at a loss, or losing their deposit,” says Dell. She gives the example of one of this month’s featured acquisitions, in Lille Square (see below).

Buy to let back in vogue – for some

“We are seeing something of a resurgence in buy-to-let enquiries compared with a year ago, and we are sourcing deals offering yields between 4 and 5%,” says Harvard-Walls. “With rents set to rise perhaps 15% over next 5 years, this part of the market should see a bounce.”

However, he adds that, with reductions in mortgage tax relief, such investments are considerably more attractive to landlords who can buy mostly or entirely with cash.

For buyers looking to take the next step up the property ladder, conditions haven’t been better for years. With pressure on prices, the gaps between different size properties are smaller than they’ve been for some time.

“The challenge, of course, is finding properties for sale in a slow-moving market,” says Dell. “A number of our clients have sold and are renting, meaning they are ready to strike, chain free, when the right property comes along.” And properties do come up: death, divorce and debt mean that properties have to be sold, even in the slowest market. “The key is being well-connected and being first through the door – good properties move very quickly,” Dell adds.

“Whilst the New Year has only just started, we are already busy,” says Dell. “I think 2019 looks set to be anything but boring, with many buyers viewing the market as a buying opportunity. The challenge will be finding the right opportunities – and motivated vendors.” 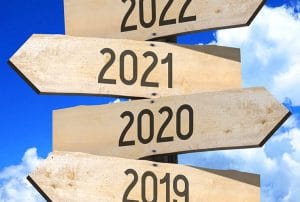 Fewer analysts and agents have produced property market forecasts this year, with the profound uncertainty likely discouraging predictions. As always, these are provided with the usual health warnings: any market is impossible to predict with certainty: this year, more than ever, they should be treated with caution.

A few elements are worth noting. Most forecasts are cautious for 2019, with all but Strutt & Parker predicting a broadly flat prime London market. These predictions seem to be discounting both the possibility of economic disruption from no deal, and the possibility of a relief rally from some resolution of the Brexit impasse. Further out, those making forecasts expect positive, but rather modest, growth over five years.

As observed above, rising rental values are also noteworthy, with Savills forecasting a 16% increase over the coming years. 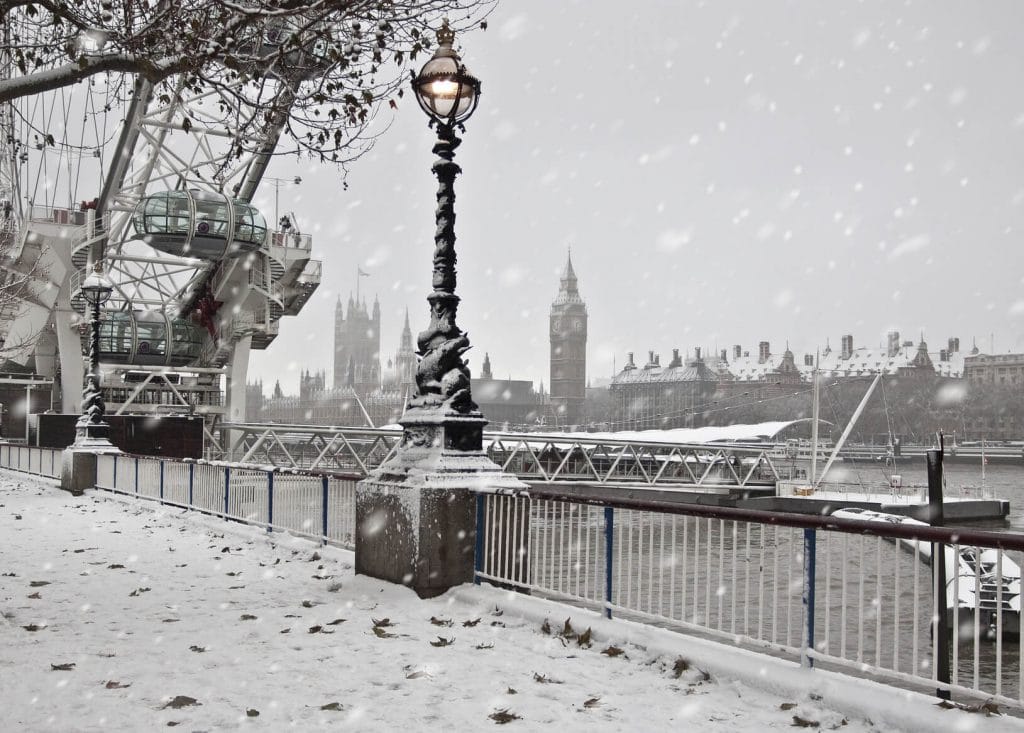 Wrapping up for the big freeze

It’s not only price forecasts that property owners should be looking to at this time of year: keeping an eye on the weather is also vital, especially with signs that we could see the return of the Beast from the East that brought frigid conditions last winter.

Halifax Home Insurance reported that “escape of water” claims almost doubled last March compared with the same period in 2017, as pipes froze and then burst.

While there is plenty of advice to help homeowners guard against burst pipes, it gets more complicated if the property is unoccupied; understandably, many overseas owners with London pied-á-terres choose to stay away during the winter months.

It’s this time of the year that our Vacant Property Service really comes into its own. We carry out weekly inspections, making sure, among other things, that heating is kept at a level sufficient to prevent pipes from freezing, as well as ensuring that, when the owner chooses to return, the property is clean, the fridge is stocked – and even that there are flowers to welcome them.

“There’s nothing worse than returning to a property to find it flood-damaged or, even worse, that burst pipes have damaged adjoining properties,” says Sophie Amasha, Black Brick’s Property Manager. “The Vacant Care Service provides our clients with peace of mind, without the cost of hiring a full-time housekeeper.”

It’s not just owners who value the service: it has been approved by Azur, an arm of insurance giant AIG, which has found that it substantially reduces the risks faced by homeowners.

Dell to head to Dubai

Black Brick Managing Partner Camilla Dell is visiting Dubai in January to meet with existing and potential clients, as well intermediaries such as financiers, law firms and accountants.

She will be in Dubai from the 13th to the 16th of January. If any newsletter readers in the region would like to arrange a meeting with Dell, please email kate.abbot@black-brick.com.

Our US clients were looking for a secure pied á terre in London, in good condition, with a lift, porter, and which allowed dogs. We inspected more than 50 apartments across North London, before presenting our clients with a shortlist for their review during a short stay in the UK.

They opted for a smart, new build, two-bedroom, 1,437 square foot flat, in a boutique development in Hampstead. Unusually for a new build, the property has excellent ceiling heights at over 2.5 metres. We successfully negotiated a £137,500 saving from the asking price, and agreed an underground parking place and further benefits, including the installation of new electrical points and a full move-in demonstration with the developer. 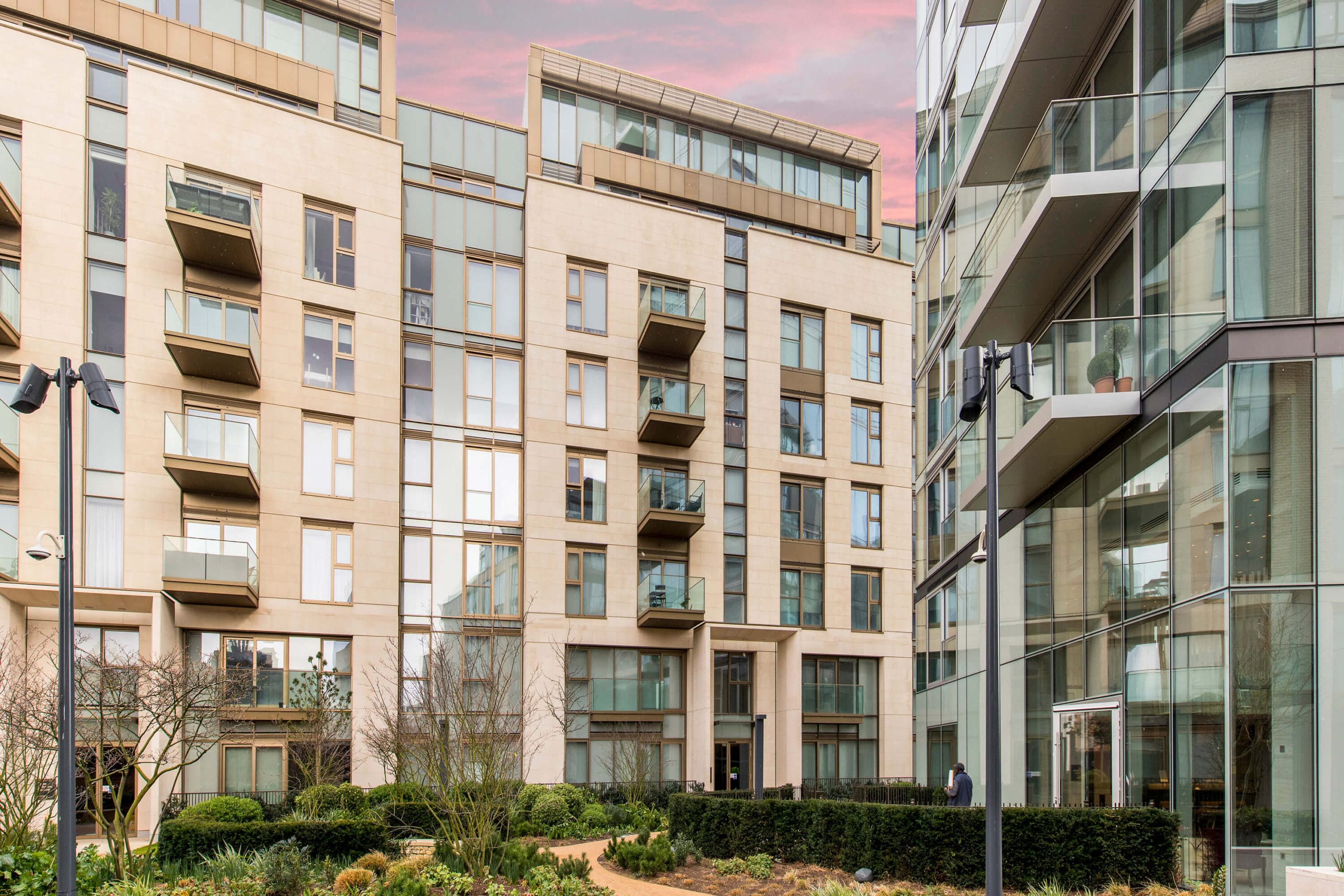 Our client was looking for a three-bedroom apartment in a new-build development to hold as a long-term investment. We identified a rare opportunity to purchase a stunning, sub-penthouse apartment in the popular Lillie Square development from a distressed seller.

Lillie Square will be one of the most high-profile residential developments in London, transforming a 7.4 acre car park on Seagrave Road into 808 high-end new homes offering modern garden-square living. 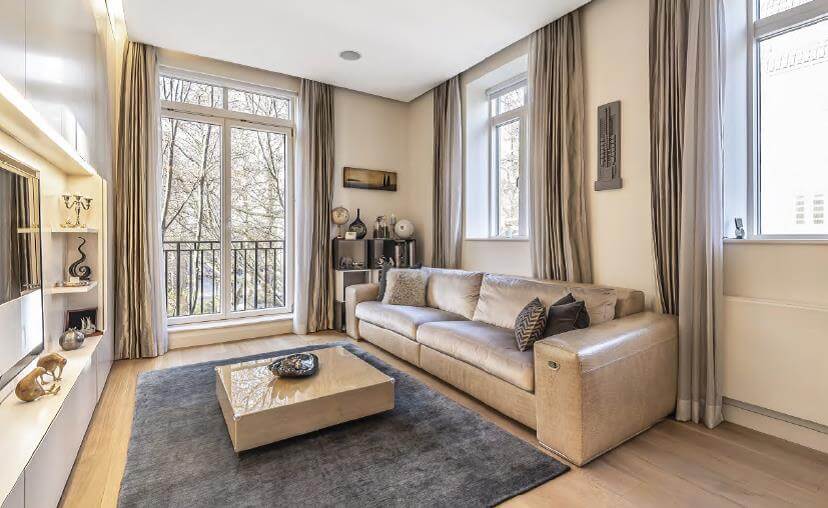 We have been instructed to sell a beautifully modernised two-bed, two-bath apartment on the fourth floor of a highly sought-after portered block in the heart of Westminster. The property, which is leasehold with a share of the freehold, benefits from a residents’ gym, underground parking and a 24-hour concierge.

Dean Ryle Street is close to the Houses of Parliament and Big Ben, while the open spaces of St. James’s Park and Green Park are a 10-minute walk away.