The most recent survey data on the UK residential property market reveal further strength though weather conditions in the UK in January were responsible for low transaction levels. The first month of 2010 was the coldest January in 23 years in the UK with widespread snowfalls bringing the UK’s much maligned road and rail network to a virtual standstill.

A net balance of 15% of Members of the Royal Institute of Chartered Surveyors reported a drop in agreed sales in January over the previous month but the positive pricing backdrop  now appears well entrenched with a balance of 32% reporting higher prices.

The Nationwide Building Society reported house prices rising 1.2% in January from December – the ninth consecutive monthly rise. According to Nationwide, UK house prices at the end of January were 8.6% higher than a year earlier. Barring a sharp fall in prices in February annual house price inflation will reach double digits on the Nationwide House Price Index in February as the sharp drop in prices at the start of 2009 falls out of the annual calculation.

Meanwhile, data on prime central London property show prices in the UK capital’s luxury-home market continuing to benefit from the lack of supply and from a high proportion of cash and equity-rich buyers; and outperforming the wider UK market accordingly. The situation can be neatly summed up by the title of a recent article in the Property section of The Times headlined ‘Desperately seeking sellers’.

Knight Frank’s prime central London Index showed prices rising 1.1% in January. Prices are now 15% above the low point of March 2009 – but remain 12% below the peak of March 2008. Interestingly, Knight Frank highlight the £10m+ sector as posting the strongest rise as the very top end of the prime market continues to play catch-up with other prime segments.

At Black Brick our expertise is clearly in prime central London property and it is in this niche area rather than the wider UK residential market that we have a strong and informed view. It is, after all, a market that we live and breathe. While encouraged by our strong start to 2010 our view going forward is a more cautious one.

Prime rents on the rise

For investment landlords the outlook for the prime central London rental market is obviously of particular interest. At Black Brick we believe that the fundamentals for landlords at the top end of the London market have improved dramatically from a year ago. On the supply side, the swathe of forced landlords who swamped the rental market in late 2008 and early 2009 has now evaporated. On the demand side the improvement in corporate profitability in general and in the financial services sector in particular has seen a 20% uplift in corporate demand year-on-year, according to Knight Frank. Unsurprisingly given this backdrop prime central London rents have begun to rise again. With no obvious reason why the supply shortage of high quality rental properties should change materially in the coming months we believe further rises in rents in 2010 are all but inevitable.

Longer-term, the wider private rental sector also looks well underpinned. The dearth of properties for sale is boosting the rental market as buyers wait for their perfect property. With wages stagnating and house prices rising – the affordability of property for sale becomes an even greater issue for many prospective buyers. At a time when banks are already tightening their lending standards the increase in demand for rented property looks set to continue. Good news indeed for investment landlords.

… but a degree of caution still warranted

Given the scale of financial displacement that we witnessed in the credit crunch it is important to recognise that the recovery process is still in its infancy. That is not to say that these obstacles are insurmountable or that we expect a sharp reversal in price behaviour. Rather, we believe that expectations for a full year of monthly gains of the same order as we have witnessed since April 2009, may prove overly optimistic. We have a general election to come in the UK that is likely to lead to some uncertainty. It is also likely to be swiftly followed by tax rises affecting even higher earners. Meanwhile, political intervention in Western banking may yet have further to run and the shortage of supply which has been a major support to property at all price points may yet temper as the year progresses.

The Centre for Economics and Business Research recently revised their house price forecast upwards and now predict that prices in the UK will rise 6% in 2010 and that they will be 20% higher by the end of 2013. We shall see. We do though feel confident that the bottom of the market in prime central London has been reached and that the continued weakness in sterling makes London property an attractive long-term proposition for many foreign buyers seeking diversification from the volatility of equity markets and other asset classes.

Indeed, recent developments in currency markets may well provide on-going support to prime central London property. In the wake of Greece’s well publicised fiscal problems, worries about sovereign credit risk are growing. Greece, Spain and Portugal have been the focus of investors’ attention and the euro has weakened accordingly with stock markets enduring their first major setback in many months.

The US dollar’s safe haven status and position as the world’s default currency has seen the so-called ‘greenback’ as the prime beneficiary of this increase in risk aversion. Although the euro has weakened against the pound in recent weeks the impoverished state of the UK’s own finances provides a hedge of sorts against any bond market rout of countries with high debt to GDP ratios. Meanwhile, at $1.55/£1 – the pound is now back to levels against the US dollar last seen in May 2009 – extremely good news for savvy dollar-based property investors looking to exploit their currency advantage. We also expect capital flows out of Europe and into non-euro assets including UK prime property to accelerate in the coming months as euro-based investors worry about further domestic currency weakness.

Longer-term we believe the case for prime central London property remains compelling. A recent report from economics forecaster Oxford Economics states that while politics remain a threat to London, the UK capital’s economy is likely to emerge as the fastest growing major European destination and one of the fastest growing financial centres worldwide, with growth likely to exceed that of Tokyo and New York in the medium term.

As long as investors are realistic about their time frame – a minimum 5 to 10 year view – we believe now is a good time to buy if you can find the right opportunity. And that is what Black Brick is here to help you achieve.

We hope you will forgive a little self-promotion in the interests of articulating more precisely what we do here at Black Brick. Despite being only a small part of the way through 2010 we have enjoyed an extremely strong start to the year with over £30m of new client mandates signed up already. We have therefore included this month case studies of two recent but quite different client acquisitions. In fact, a recent survey of our expanding client base revealed over 20% came to Black Brick thanks to direct recommendations from existing clients. We are proud of this and for what it says about the service that we provide.

Client 1 is based in Dubai and was looking for a central London holiday home. The client had understandably exacting requirements for his budget. These included wanting a new build apartment with concierge, plus easy access to the international amenities of Knightsbridge, Mayfair and Belgravia. 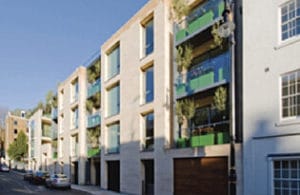 We identified a rare boutique new development in prestigious Montrose Place – a quiet mews representing one of the very few that matched our client’s very specific location requirements exactly. Montrose Place is a short walk from the aforementioned areas and therefore also from Green Park and Hyde Park. It backs discretely onto Belgrave Square – arguably one of London’s most prestigious addresses.

Given the quality of the development and the exclusivity of the address, demand for the pick of the Montrose Place apartments was strong from the moment the properties were marketed. Despite this we secured our client this prestigious property – and at a discount of some £250,000 off the asking price of £5.3m.

Client 2 is a repeat Black Brick client. His property requirements were somewhat different to those of client 1. He came to us seeking a property for his son. We swiftly sourced a 2 bedroom, 2 bathroom flat in a purpose-built block with secure underground parking, video-entry phone and lift in the highly desirable Marlborough Hill area of St John’s Woods that met the client’s requirements exactly and which the client was keen to acquire. 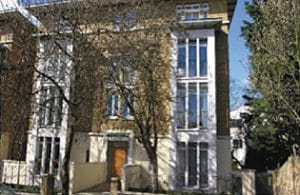 We faced stiff competition from two other cash buyers for this sought-after apartment. But crucially our long-standing relationship with the selling agent enabled us to avoid what in most other circumstances would have quickly escalated to a best bid scenario. We acquired the property at its asking price of £749,950.

You will find further case studies and a more detailed review of our services and people on our new website www.black-brick.com