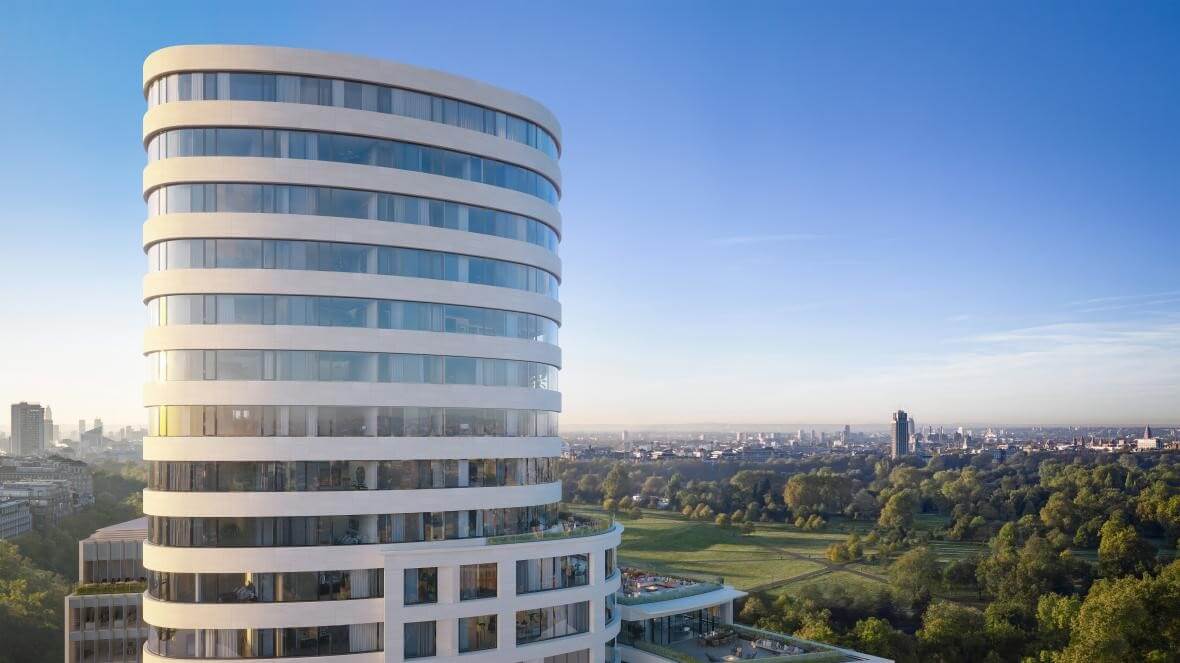 The Bryanston, overlooking Hyde Park, is a popular development with Chinese investors.

“We are all looking at employing more staff who speak Mandarin and Cantonese, and since the lockdown ended, flights to and from China have risen dramatically. Over the last few weeks we have had a dozen deals in the pipeline from buyers from both mainland China and Hong Kong,” adds Gee, who is the managing director of Beauchamp Estates.

Last week Gee sold a £2 million two-bedroom pied-à-terre at 22 Buckingham Gate to a young Chinese businesswoman from Guangzhou and helped a wealthy financier from Shanghai with a budget of £25 million to look for a London base. 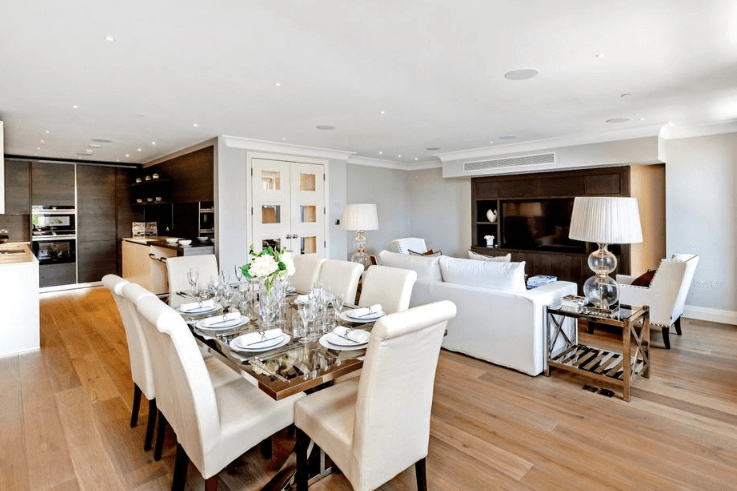 A two-bedroom apartment at 22 Buckingham Gate was sold to a Chinese businesswoman for £2 million by Beauchamp Estates in June.

“What’s interesting for us is that he’s shrewd. He’s not just looking at the usual locations, such as Knightsbridge and Belgravia, but he’s been far more interested in looking around at locations such as Covent Garden, Whitehall, Midtown and Fitzrovia, and St John’s Wood,” Gee says.

“When the Russians used to come in looking for trophy properties they were really only interested in Knightsbridge, Mayfair and Belgravia. The mainland Chinese and Hong Kong buyers tend to be far less postcode snobs. Yes they want something good, but they also want bang for their bucks and to max their investment.”

Last year 49 per cent of sales in prime central London areas such as Mayfair, Belgravia and Knightsbridge were to international buyers. Mainland Chinese buyers made up 7 per cent of these and Hong Kong Chinese 6 per cent. This compares with 36 per cent from Europe, 23 per cent from the Middle East and only 2 per cent from Russia — down from 12 per cent in 2011, according to research by Hamptons International.

About 98,725 London properties are believed to be owned by Hong Kongers and 120,250 by mainland Chinese, making London property the most popular investment destination for Chinese capital in the world, according to Beauchamp Estates. 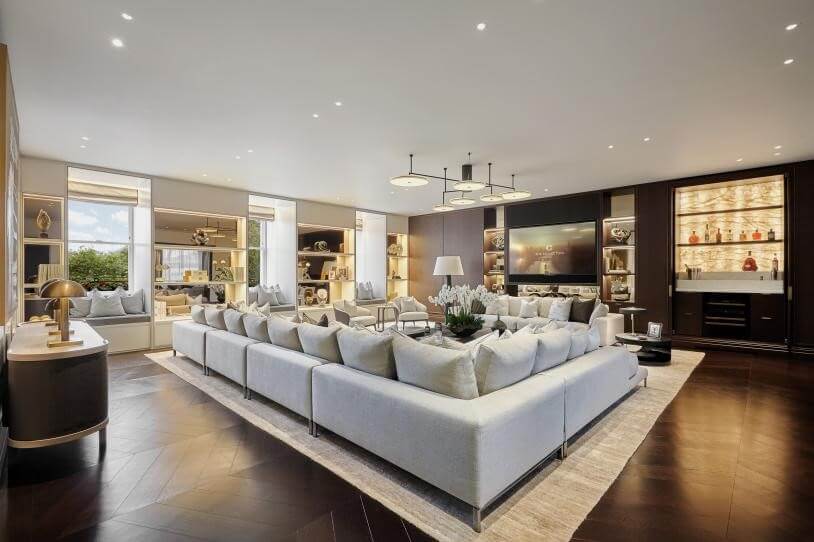 A six-bedroom penthouse in Belgravia Gate was the biggest sale of 2019 when a young millionaire from Hong Kong bought it for £65 million (Beauchamp Estates).

This year there has been a surge of interest from mainland Chinese and Hong Kong buyers off the back of the political situation in Hong Kong and the visa offer from Britain. Often, though, the distinction between the two groups is opaque, with many wealthy Chinese bringing their money out through Hong Kong.

Many high-end estate agents have employed Cantonese and Mandarin speakers to help with the influx of buyers, with many of the Chinese inquiries — and sometimes deals — conducted via Wechat, the Asian equivalent of Whatsapp.

Several high-profile sales are believed to have been to Chinese or Hong Kong buyers in recent months, including the sale of a townhouse on Cambridge Terrace near Regent’s Park for £104 million by the property developer Christian Candy to a Chinese buyer last month and the sale of 2-8a Rutland Gate, overlooking Hyde Park, in January for £210 million to Cheung Chung-Kiu a Hong Kong-based Chinese billionaire — the biggest property sale of the year so far.

Mark Pollock, the director of Aston Chase estate agency, says: “Mainland Chinese buyers have been a significant presence since the Russians stepped back, and they haven’t gone away despite the cold water between our two governments. They tend to be looking for investment properties and second homes — very substantial second homes. They also tend to be very reserved and often come with a property finder in tow.”

Camilla Dell, the managing director of Black Brick, a buying agency, says that she has been approached by a “fixer in Dubai who was looking for property for a Chinese buyer in Hong Kong”. Restrictions on currency exchange mean that many wealthy Chinese have become adept at moving money around and often have global connections.

Guy Bradshaw, the director of UK Sotheby’s International Realty, is on the verge of doing a £9 million deal with a client “who is a Chinese buyer whose money is coming through Hong Kong. A lot of wealthy Chinese had business interests in Hong Kong and they are now re-evaluating their position.”

The majority of Bradshaw’s deals with Chinese buyers are done via Wechat, including one for a £600,000 new-build apartment last week for a businessman who is relocating from China to London for work.

“Traditionally they looked for very modern apartments, and often still do, but one I sold recently was a very traditional Victorian house. It was in immaculate condition. The Chinese love our history. Anything near Buckingham Palace or owned by the big estates, like Grosvenor, is popular. But they will travel — Oxshott in Surrey is also popular — and farther afield,” Bradshaw says. 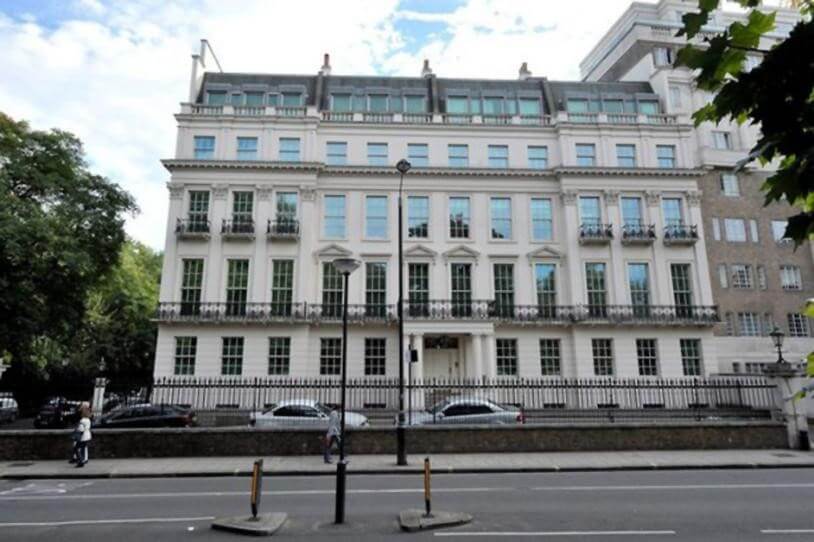 Chinese property billionaire Cheung Chung-Kiu, who owns Hong-Kong listed CC Land, paid £210 million for the palatial 45-bedroom 2-8a Rutland Gate, Knightsbridge, in January. It is the biggest deal of 2020, so far (Beauchamp Estates).

Popular locations for homes in London include the northwest suburbs of Hampstead and St John’s Wood, including Avenue Road, where Sotheby’s International Realty has a mansion for sale for £75 million and where at least four homes are believed to be owned by wealthy mainland Chinese, and nearby Elsworthy Road.

New developments attracting Chinese buyers include the Bryanston overlooking Hyde Park near Oxford Street, One Grosvenor Square (where a Chinese businessman is understood to have paid £110 million for the penthouse in 2018), Clarges near Hyde Park, and Hanover Bond in Mayfair, which has branded residences by the Mandarin Oriental.

Peter Wetherell, the chief executive of Wetherell, a Mayfair estate agency, says: “It tends to be Chinese people who have got their money in the international system, which makes it a bit tricky sometimes to separate Chinese and Hong Kong buyers. The change is that they are not just buying for investment any more. Chinese and Hong Kong buyers are looking for trophy homes, and the visa offer and stamp duty change has helped create momentum.”

The chancellor has raised the threshold for stamp duty from £125,000 to £500,000 until March 31 next year. The government has also said that it plans to introduce a 2 per cent levy for non-British buyers, in addition to the existing 3 per cent second-home charge.

Traditionally Hong Kong buyers have been associated with new-build investment properties in locations such as Kings Cross in north London, Nine Elms in south London and Canary Wharf in east London, as well as university towns such as Manchester, Birmingham, Leeds and Liverpool. Now it is not just the wealthy, but a wider range of buyers looking for homes they can move to, should they need to leave Hong Kong.

When Middle Eastern and Russian buyers first arrived in London in the early Noughties they were often derided for their love of gold taps and backlit onyx. Today there is a more generic international palette, although some describe the new wave of Chinese buyers derisively as “opulent” and “new-money”.

The influx of Chinese and Hong Kong buyers could mean a greater emphasis on feng shui — the practice of designing to miximise the flow of energy through a property — in British developments.

Dara Huang, the founder of Design Haus Liberty, a design and architecture firm says: “Chinese buyers hold on to the principles of feng shui, so homes with square or rectangular floor plans are a must, to bring balance and harmony for the whole family. It is important for good energy to be able to flow throughout the home.

“Our team from Hong Kong get specialist training in feng shui to service our clients better, which is probably an afterthought for other companies. When we are designing we have a master of feng shui assisting. Proximity to water is still super-important to Chinese buyers too. Water is said to hold on to chi in feng shui, so overlooking a river, lake or even having a pool is very desirable.”

Although she adds: “Things to avoid include the number four as it is considered unlucky. So the fourth floor, door No 4 are usually a no-go.”