London’s garden squares are legendary.  No other city in the world has quite so many — and they never cease to astonish tourists, particularly Americans, who go all wobbly at the knees if they ever get to visit them.

Going green: how a historic communal garden can add more than 40% to the value of your property

No other city in the world has quite so many — and they never cease to astonish tourists, particularly Americans, who go all wobbly at the knees if they ever get to visit them.

English Heritage says there are 600 garden squares in the capital, mostly in Kensington & Chelsea and Westminster, though there are others in less affluent areas such as Lambeth and Hackney. 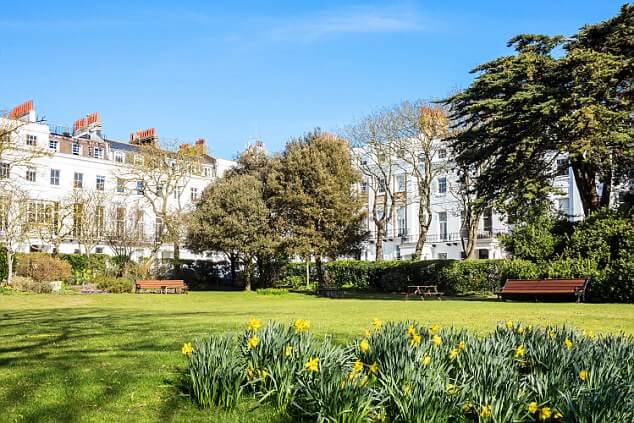 Green space: Sussex Square is part of the Kemp Town Enclosures in Brighton

But beautiful communal gardens exist all around the country — and they come into their own at this time of year.

Buying agency Black Brick has calculated that premiums for homes with access to such spaces range from 20 per cent to more than 40 per cent.

Many of the best-known gardens (and not only those in London) are surrounded by period buildings, typically Georgian and Victorian properties built when relatively low-density housing and leafy open spaces were part and parcel of urban living.

Buildings were often constructed in crescents, terraces and squares, but inevitably not every home could have a southerly aspect — so a communal area gave residents a chance to enjoy the sun.

In Bristol, for example, Georgian terraces at Clifton Village have communal gardens located in between them and it’s the same in Edinburgh, where several garden squares and communal gardens are privately run, and securely gated.

Keys can be bought by residents for about £100 a year.

In Brighton, the Kemp Town Enclosures provide six acres of landscaped gardens with an extra perk — a private tunnel under the main road leading straight on to the beach.

Sussex Square forms part of the Enclosures, where a three-bedroom flat is listed at £595,000 with Winkworth.

‘Most of the grand houses around it are now converted into apartments and they sell for at least 15 per cent more than other similar properties nearby,’ according to Alexandra Hearn, from estate agency Mishon Mackay.

It’s a similar story in Cambridge, though many of its green spaces are owned by the university, with passes available for local residents to buy. 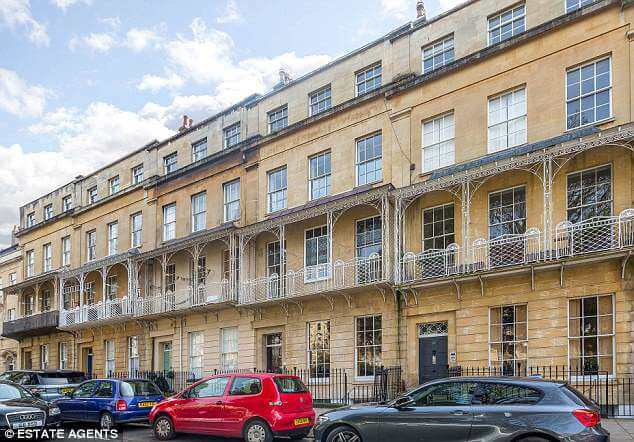 Terrace life: You have a private terrace and courtyard garden as well as access to communal gardens with this four-bedroom flat in Clifton Village

‘The city’s densely packed in the centre, so developments with a private communal green space are rare,’ says Oliver Rivers, in the local branch of agency Strutt & Parker.

‘Buyers see them as a huge benefit.’

In Bath, there are several communal gardens like the one in St James’s Square, close to the famous Royal Crescent.

‘While five-storey Georgian townhouses have their own city gardens, there’s no doubt the central garden square is a particular draw to buyers,’ says David Mackenzie, of Carter Jonas.

Then there are London’s communal gardens with addresses such as Eaton Square, Chester Square, Cadogan Square and Belgrave Square — all among the most sought after and expensive addresses in the capital.

One reason why so many communal gardens still exist here, despite the pressure to build, is that more than 400 are protected in the London Squares Preservation Act of 1931, which prevented the capital going the same way as other town and city centres when planners championed tower blocks in the Sixties. 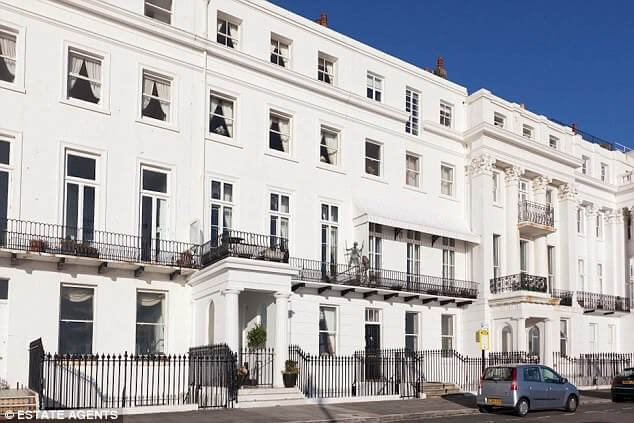 Coastal abode: This five-bedroom Regency house comes with three self-contained apartments. All have sea views and access to private gardens

The results are mixed. Some high-end developments, such as Wycombe Square in London’s Holland Park and the new Chelsea Barracks scheme, have spacious communal gardens.

Other new developments are less tempting — for example, Debbie Foenander from the Mullucks Wells estate agency in the Home Counties knows of one commuter town where modern flats directly open on to communal gardens.

‘There would be nothing to stop another owner putting their deckchair immediately outside your door,’ she cautions.

Unsurprisingly, modern homes with communal gardens tend not to have the kudos of traditional homes.

‘New developments can never really replace the prestigious garden squares, which will always command a premium for their exclusivity,’ says Camilla Dell, of Black Brick. 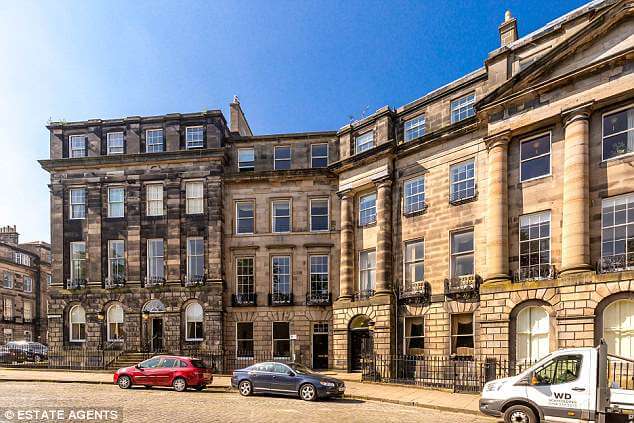 However, even period properties with communal gardens can have their downsides.

First, the service charge to maintain the gardens is typically in the control of the freeholder or the firm responsible for the open space, so could, in theory, rise considerably.

Second, there can be strict rules over usage — many do not allow barbecues, for example, or have to be closed relatively early even on summer evenings.

A few forbid alcohol, while most are overlooked.

Some are let out for private parties, too, which can be irritating.

Such quibbles have done nothing to deter our enthusiasm.