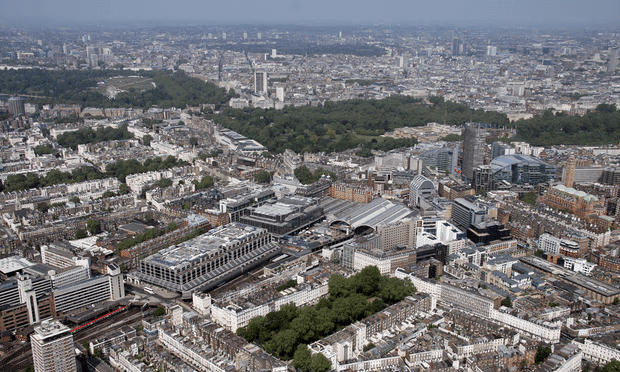 The estate agents LCP said developers were scaling back their ambitions after realising there was ‘a huge oversupply of over-commoditised new-build boxes’ in London. Photograph: Alamy Stock Photo

New-build starts in the capital in 2017 dropped by 25.4% compared with 2016, according to a report by London Residential Research and the luxury estate agents London Central Portfolio (LCP).

The number of new-build starts fell in seven of the 11 inner London boroughs featured in the study, with a 62% decline in Southwark (where there has been significant development around Elephant and Castle) and 42% falls in Wandsworth (which includes the developments along the Thames in Battersea and Nine Elms) and Westminster. In total, new-build starts in the inner boroughs fell by 3,810 units.

Naomi Heaton, the chief executive of LCP, said developers were scaling back their ambitions after realising there was “a huge oversupply of over-commoditised new-build boxes” in London.

“An awful lot of what was built was generic and overpriced and they struggled to sell it,” she said. “Historically, a lot of properties would have been bought by overseas investors in the assumption that they could flip it and sell it on at a huge profit, but now there is huge nervousness following increases in stamp duty and the the impact of Brexit.”

In January the Guardian revealed that more than half of the 1,900 ultra-luxury £1m-plus apartments built in London last year failed to sell. One property buying agent in the luxury sector, Henry Pryor, warned at the time that the city would be left with a legacy of “part-built posh ghost towers”.

Builders have delayed work on an additional 13,800 units they had planned to build, according to the research.

Developers have slashed prices to shift stock: the average cost of luxury London properties has fallen by 14% from its 2014 peak. The number of £1m-plus sales has fallen by 24%, according to the bank Coutts.

It said 53% of prime property on the market was being sold below asking price, compared with 42% last year. Prime-property buyers can now expect to achieve an average of 12.1% off the asking price, which works out at £300,000 off a 2,000 sq ft property.

The estate agent Strutt & Parker has said prime-property prices in central London could fall 5% this year. Guy Robinson, the head of residential at the agency, said: “In a climate of fast property price growth and low stamp duty, the cost of moving previously seemed relatively inconsequential, but now, with higher stamp duty and lower house price growth, moving costs are extremely material in the whole event, and has had an impact.

“People have come to terms with Brexit, and sellers should be preparing to act on plans put back from last year. As we move into summer, we are hopeful that a lift in confidence will see an increase in supply to meet current buyer demand.”

“Saudi buyers tend to value confidentiality and favour trophy properties. In the current market, few of those are marketed publicly. Around a third of the properties we bought for clients last year were sold off-market.”