In sympathy with the English weather, a glowing first half in the residential property market has given way to storm clouds and gloomier forecasts. The early summer months saw average annualised growth in London prices reach 25%1 and top end prime central London properties achieve a breathtaking twelve month increase of 43% p.a.2, but higher interest rates have since ushered in a healthy dose of realism and expectations of a second half slowdown have become widespread. While the RICS Housing Market Survey has recorded the fastest decline in new buyer enquiries since August 20043, Cluttons have warned of a ‘marked and prolonged’ slowdown in the second half of 2007. 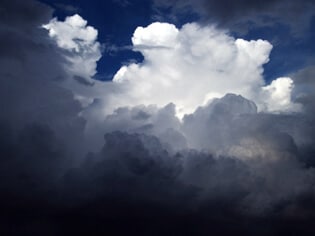 Most recently, fears of a softening market have been compounded by financial market volatility as the simmering problems in the US sub-prime mortgage world finally boil over. As attention in the UK turns to the mortgage banks, most notably Northern Rock, some industry names have warned of the impact that a reduction in city bonuses may have on the most expensive properties. “You can’t escape the fact that the boom in the prime housing markets has followed the fortunes of the City” comments Liam Bailey, head of research at Knight Frank, which has reduced its 2008 forecasts for central London house price growth to 10%4.

London, however, remains a breed apart from the rest of the country and it is in the prime central London market that prospective buyers have more reason than most to remain optimistic. Just as the RICS survey reports a fractional slowdown in the capital, it notes that house price growth remains at more than twice the survey’s long run average. Although it has reduced its forecasts, Knight Frank remains upbeat about the prime central London market, pointing to a rise in the annual rate of growth in August to 37.9% from 36.4% in July as evidence of its resilience in the wake of the US credit crunch. Forecasting a slight cooling in annualised growth to 30% by the year-end, Knight Frank cites the extreme tightness of supply as a key factor in the market’s ability to weather the current financial crisis. Demand is only half the story, says Liam Bailey. “On the supply side we have seen the strong demand requirements met by very constrained property availability – stock levels in Q2 2007 were 11% below the same period in 2006 and 23% below the same period in 2005”. Across the industry, the experts point to the increasing prominence of non UK-domiciled buyers as a major support. In the first half of 2007, around 62% of prime central London deals over £4m were secured for international investors5. “There is such a shortage of good properties around that if the City bonus people fall out, there are always other buyers who will take their place. Demand from overseas buyers and wealthy British ones is extremely strong” said Savills chief executive Aubrey Adams. Liam Bailey agrees, pointing to the increasingly tendency of foreign buyers to buy and then hold properties for much longer, effectively resulting in properties ‘disappearing’ from the market. Although the consensus points to lower growth – the Savills team has reduced its forecasts for London homes over £1.8m from 15% to a still very respectable 10%6 – the extremity of the supply constraint coupled with the rise of the overseas buyer means that prime central London properties remain well placed to significantly outperform mainstream housing. Elsewhere, Bob Diamond, chief executive of Barclays investment banking and investment management divisions remains resolutely long on London real estate, pointing out that the economy in the US and around the world is fundamentally very strong.

So what does the Black Brick team make of the current environment? Partner Camilla Dell acknowledges that a slowdown may be inevitable given the unsustainably high returns of recent years, but highlights the attractive fundamentals underpinning the long-term case for prime London bricks and mortar.

“We have certainly noticed a more cautious attitude amongst our clients, but it is still too early to tell what impact the US sub-prime mortgage market may have on prime London property. We haven’t yet seen any real signs of a slowdown but even if we do see a decline in City buyers, London remains a highly desirable location in both the financial world and from a growing international presence. This is evident in our own client base, of which nearly 80% are from outside the UK. Add to this the extremely compelling supply/demand dynamics and we feel that over the longer term a soft landing is the most likely scenario. Furthermore, the ‘flight to quality’ factor could be a key support in more difficult times. Good quality properties that are in sought-after areas and which tick all the right boxes are achieving their asking prices and continue to be chased by more than one buyer.”

Above all, we feel that a softening in the market from these extraordinary levels could be welcome news for investors currently seeking properties. As vendors take a more realistic approach to selling or decide to market their houses for other reasons, Black Brick will now be able to source potential deals and take advantage of the current environment to negotiate the best possible terms that we can on behalf of our clients.”

Outside of sales, the rental market remains robust, with a continued decline in void periods and rental demand expected to increase as house prices soften. Savills are forecasting a healthy 10% growth in 2007 rental values in prime central London where, just as in the sales market, the international influence is strong. Just over half the tenants in prime central London this year are foreign7, a factor that could provide a degree of immunity from any downturn in the city.

By the time the eyes of the world turn to London to see Olympic records tumble, house prices in England may have performed a record-breaking high jump of their own. A report from the National Housing Federation (NHF) last month indicates that the value of a home in England could hit £302,400 by 2012 – a staggering rise of 40% from today’s levels. “Our projections show that it isn’t going to get any easier to buy a house in this country”, commented David Orr, chief executive of the NHF. In line with the current consensus, the NHF predicts a slowdown over the coming two years but it forecasts a 10% p.a. rise in house prices from 2009 as lower mortgage rates together with a shortage of supply revive the market. It also sees a continuation of the decade-long trend of house price rises outstripping wage increases. These findings suggest that buyers who can look beyond the current market negativity may find themselves in possession of investment gold by the time the Games roll into town. 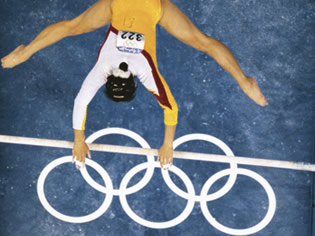 We are delighted to announce another Black Brick milestone; the launch of a rental search service that extends our existing offering to current and prospective clients looking for the perfect rental investment or home. Black Brick Rental Search will be spearheaded by Karen Goodin, an industry expert with 15 years of experience in London residential lettings and a strong track record in securing rental properties for high net worth individuals as well as corporate clients. Karen has specialist knowledge of desirable London locations such as South West London, Mayfair and Knightsbridge, and Kensington and Chelsea and we are thrilled to have someone of her calibre on board the Black Brick team. 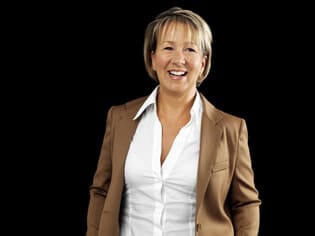 Black Brick battles hard to find the perfect property for its clients and our success this year is reflected in some impressive results over the year to date. In addition to securing £24m of prime central London property, we have negotiated an impressive 6% average reduction in asking price despite difficult and highly competitive conditions. Furthermore, 36% of our secured purchases have been sourced off-market, underscoring our commitment to providing clients with access to properties before they appear in the public arena.