Market overview – London stands up to the pressure

The past few months in property have seen a long period of confidence in the financial and residential property markets come to an end. As the fall-out from the ailing US sub-prime mortgage sector spread to the UK, the final months of the year have been beset by concerns of an impending crisis in the banking sector and forecasts of a widespread property market slowdown from the unsustainably high levels seen earlier in 2007. November’s figures from the Nationwide showed UK house prices falling at 0.8%, their fastest rate for 12 years and reversing October’s unexpected rise. Savills and Knight Frank are just some of the experts to revise their 2008 projections downwards, both anticipating a modest 3% rise in property prices for the wider UK market next year. 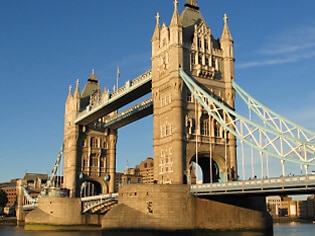 However, scratch the surface and you find that all is not quite as the headline writers tell it. London has a fine history of resilience in the face of adversity and a closer look at the fourth quarter shows a much healthier picture for the capital than for the rest of the country.

This discrepancy is evident in price growth projections for 2007, with Central London property expected by some experts to clock up a healthy 32% increase for the full year despite fears of increased City job losses and lower bonuses. London’s relative buoyancy was confirmed by the latest RICS housing survey, which showed house price falls occurring across all regions in England and Wales with one notable exception – London, where price growth remained in positive territory. The Savills Research team noted that London, and the regions closest to it, show both the highest rates of house price growth and the smallest reductions when the market slows. Savills predict that the prime central London sector will grow by 5% in 2008, pointing out that although quarterly growth slowed to 3.2% in the third quarter and the demand/supply imbalance has lessened somewhat, the presence of overseas buyers in the prime markets and a continued lack of supply of the very best property will help to maintain London’s regional advantage. CB Richard Ellis Hamptons International also sees reasons to be cheerful, commenting in its third quarter residential report that it expects the London residential market to continue to outperform the national market. Furthermore, “the London development market, particularly the prime and super prime markets, will continue to outperform its global competitors despite the current economic uncertainty”. Knight Frank, meanwhile, acknowledges that lower growth will characterise the market over the next few months but points out that demand pressures mean pricing in London will remain positive through 2008. Whilst forecasting 3% growth in prime central London next year, Knight Frank predicts a healthy 8% rise in the London super prime market, stating that “vendors of the very best properties will still be able to name their own price (almost).”

“Prime central London has so far held its own relative to the mainstream market, but an air of uncertainty makes it even more important to be discriminating about the type of property you buy, where it is located, and the price you are willing to pay. Although the fundamental lack of supply that has long supported the London market remains in place, we have noticed a rise in available stock. This creates more opportunities for discerning buyers to find great deals, but it is also vital to buy cleverly. The real hot spots in prime central London will always hold their value, with particular attractions for overseas buyers who continue to view London as the financial centre of the world. Even in the event of a correction, these are the first to spring back to life.”

With tougher market conditions on the horizon, is the much talked about buy-to-let sector still delivering for London landlords? Certainly in terms of capital value, London’s rental scene remains well ahead of other regions and the prospects are bright. The Association of Residential Letting Agents (ARLA) reports that the overall average capital asset value of Prime Central London rented flats rose by 6.7% in the third quarter of this year. ARLA also reports a healthy optimism amongst buy-to-let landlords; more than half of all buy-to-let investors expect to increase their portfolios over the coming twelve months and 90% of investment landlords say they would not sell should house prices fall. 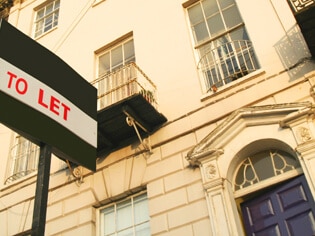 But what about rental yields, which in the face of such strong house price appreciation have undoubtedly been squeezed? There is no doubt that investors are having to be more careful about the prices they pay in order to achieve an attractive rental income. Again, however, the prospects for well located London properties are good. ARLA reports that the six months to the end of September saw an increase in achievable rent levels on all types of properties, while Knight Frank forecast a 9% increase in prime London rents in 2008, commenting that the continued strength of the buy-to-let sector has confounded many of the more pessimistic economic commentators. Meanwhile, industry experts point out that prime central London landlords have the upper hand in securing rental uplifts on new lettings and tenant renewals. This is largely because demand for rented residential properties continues to outstrip supply, nowhere more so than in the prime central London sector, where nearly two thirds of landlords are seeing more tenants than there are properties available for them. Whilst these factors would indicate that the sector appears to have avoided the much talked about effects of City lay-offs, one sign of the more uncertain environment may be the rising number of tenants choosing to stay in rental properties for longer – a view that is supported by a 40% increase in London rental demand in August 2007. With such a favourable tailwind behind them, buy-to-let investors canny enough to focus on the prime central London market seem unlikely to be caught out by the current market turmoil.

“This year has been notable for the number of investors who are entering the buy-to-let market with a greater focus on long term capital appreciation, as stunning house price growth has driven rental yields lower. For these investors, patience is the key to success. A healthy long term outlook of at least five to ten years will enable property owners to ride out short term house price fluctuations and build a very significant nest egg for their future. Nearer term, with base interest rates already beginning to fall, the relative attractiveness of buy-to-let investment yields will improve. Furthermore, industry experts are reporting uplifts in rents across the prime central London sector. With a wealth of high quality tenants looking for suitable rental accommodation, location will be the key that unlocks the maximum yield potential of any buy-to-let investment. Prospective landlords need to purchase a property that has a desirable residential address, has great access to public transport and which is close to local amenities. Such properties fly off the shelves. This is where Black Brick’s personal service comes into its own, because we won’t just source the best located properties. We can also use our extensive network of industry contacts, which includes letting agents, interior designers, builders and gardeners, to ensure that each investment property has lasting appeal for its rental market.”

“London is a roost for every bird” penned Benjamin Disraeli more than 130 years ago. For centuries, London has been a magnet for people from every corner of the globe, many of whom go on to find a permanent base in one of the world’s most energetic and cosmopolitan cities. Today, it is viewed as the world’s financial capital and in addition to the obvious lifestyle benefits offered by a London residence, its attractions for international buyers include a stable political environment, a healthy open economy and an advantageous tax regime for non-domiciled residents. As a result, the international buyer has increasingly become part of the prime central London landscape, with non-domiciles currently accounting for around one third of all transactions in the central London market and more than 60% of property purchases over £4 million. 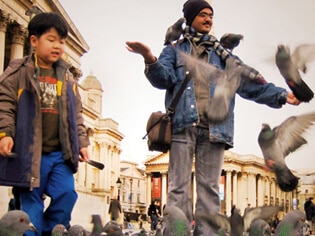 Crucially, a substantial proportion of this tidal wave of overseas capital comes from the emerging economies of China and India as well as from commodity rich areas such as the Middle East and Russia. With economic growth in the industrialising nations forecast to continue rising at a healthy rate over the coming decade, industry commentators believe that this trend could help to insulate the sector from any slowdown in demand from City buyers over the coming year. Liam Bailey of Knight Frank forecasts 2008 price growth of 8% on properties above £5 million on the back of international demand, particularly from oil rich and commodity rich countries. He points out that “the fundamentals which underpin foreign buyer interest in UK residential property are unlikely to change significantly in the near future”. Savills Research agree with this view, commenting that “the longer-term prospects for prime central London seem safe whilst global capital still seeks London real estate as a home”.

Black Brick’s offering has gone from strength to strength over the quarter as we strive to provide our clients with access to the widest possible choice of prime residential property. We are therefore delighted to announce the appointment of Martin Hoile as our dedicated Country Buying Agent for South East England. 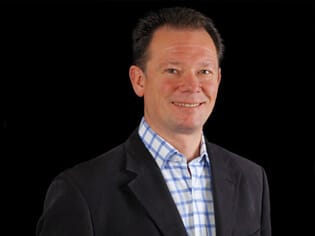 This means that Black Brick will now be able to assist clients seeking country homes in the sought after areas of Windsor, Berkshire, Surrey, East and West Sussex and Western Kent (Sevenoaks through to Royal Tunbridge Wells.) The expansion of the Black Brick team beyond the capital’s borders reflects the success we have had in securing properties across the exclusive prime central London locations and is a recognition of the increasing long term attractiveness of the wider South East region. Through his merchant banking roles at Lazard Brothers and The J. Rothschild Partnership, Martin has spent more than 20 years providing tailored advice to private clients and he has a passion for property acquisition on behalf of discerning buyers seeking country homes. With a strong background in residential and commercial property and having spent many years living in the heart of the South East, Martin can provide specialist and personal insight into this highly desirable location.

Building on our Central London expertise

Another new face in the Black Brick team has built a formidable reputation in the prime central London market. Kate Bond, who joins us as a buying consultant, brings extensive knowledge of central London property and a wealth of expertise in advising domestic and foreign investors on all aspects of their property investments. Through her involvement in the management of a multi-million pound Mayfair-based property portfolio, and as a manager in residential lettings for Hamptons International, Kate has established a loyal following of professional contacts and developed a highly personal approach that give her a strong edge in securing perfect properties. We are delighted to have Kate on board the Black Brick team.

An enviable track record in 2007

Black Brick’s aim is to match every one of our clients with their perfect property through a highly personalised and fully comprehensive search and acquisition service. The strength of our strategy is demonstrated in some fantastic results for the past year. During 2007 we have successfully secured more than £40 million of property for our clients, 46% of which was off-market. This means that almost half our secured properties were made available to Black Brick clients well before they appeared on estate agents books or the internet. But seeking out those elusive properties is only one part of our service. We also negotiate hard to secure highly competitive deals. We are therefore thrilled that despite the challenging market environment of the past year, our committed team has negotiated an average 6.6% off the asking price of properties secured for Black Brick clients.