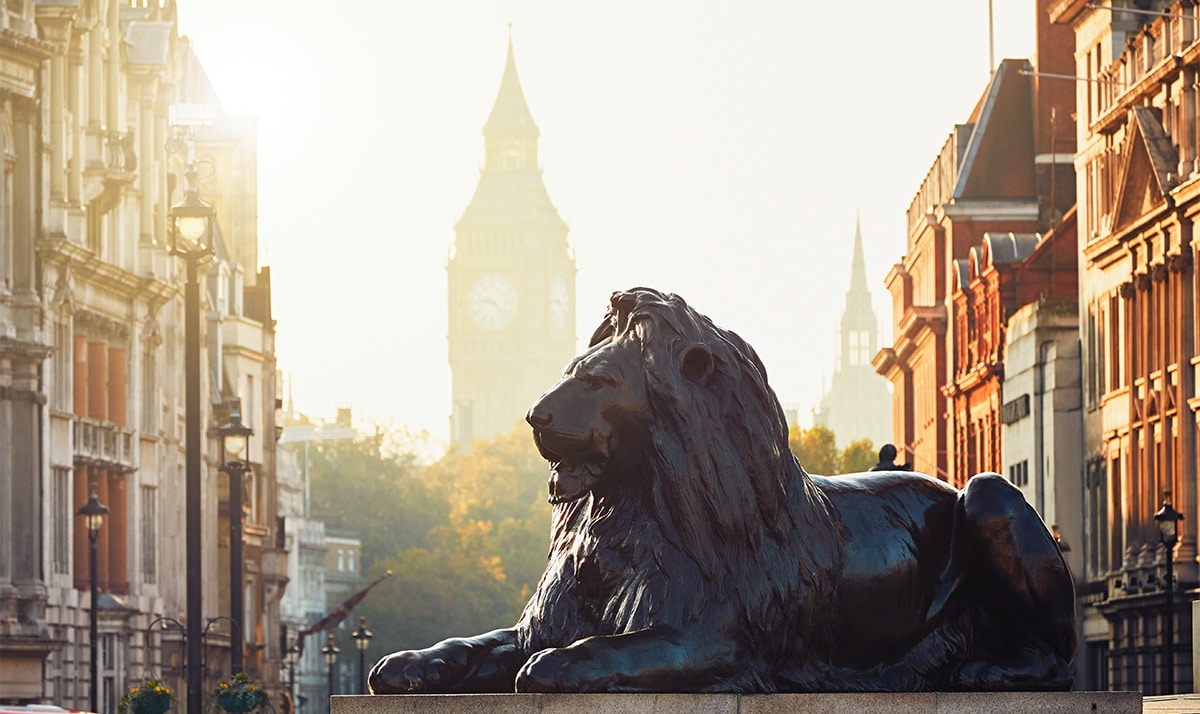 Welcome to the Year of the Tiger, as London’s prime property market prepares to roar

Just two years ago we were all waking up to a new year, a reasonably untarnished new Prime Minister, and the realisation that Britain’s painful divorce from Europe was finally at the decree absolute stage.

Few of us had heard of Covid-19 and our vocabularies did not yet include phrases like social distancing, Zoom fatigue, WFH, or vaccine passports.

Certainly older, and hopefully a little wiser, we enter 2022 with a sense of quiet confidence – in London’s property market at least.

“One of the things we have learned during 2020 and 2021 is how resilient the market is,” said Caspar Harvard-Walls, a partner at Black Brick. “As we go into 2022 people must not be surprised if prices continue to rise. Houses have been outperforming flats during the pandemic, but clever people thinking of buying a flat should get moving early because there is a huge backlog of demand.” 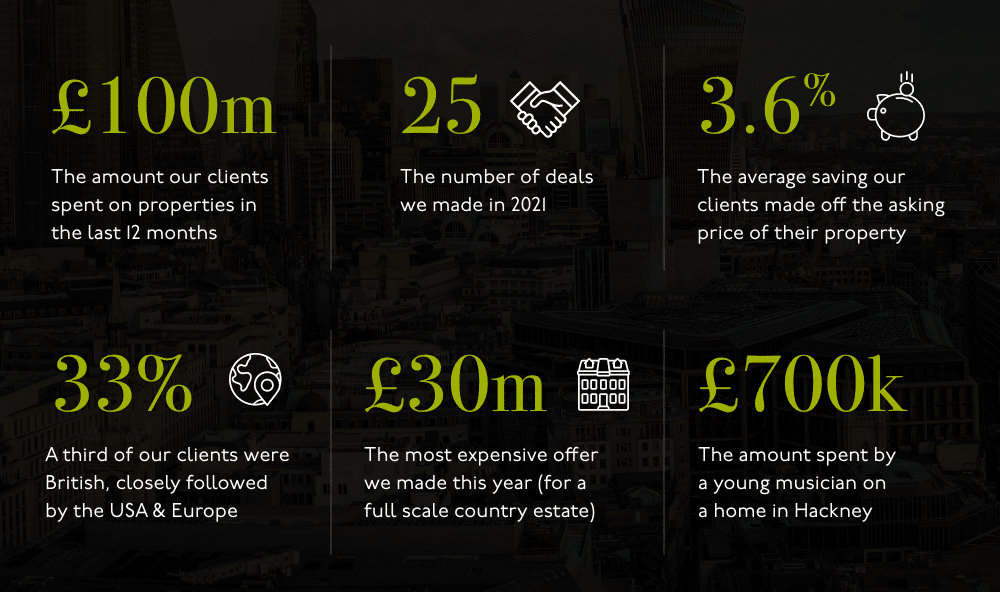 For Black Brick 2021 was a year when more and more people realised they needed some professional help to secure the house of their dreams.

In the last 12 months our clients spent almost £100m on 25 properties, making an average saving of 3.6 per cent off the asking price.

A third of them were British, the rest from the USA, Europe, and as far afield as Hong Kong, Nigeria, South Africa, and the Maldives.

Prices ranged from £700,000 spent by a young musician on a home in Hackney, up to £30m which has been offered for a full scale country estate.

These figures far outdo 2020, when just under £60m was spent on 13 deals, although in the early and uncertain days of the pandemic discounts were higher at an average 7.1 per cent.

“In recent history it is certainly one of the best years we have ever had,” said Harvard-Walls.

Last year the overwhelming majority of clients were after a home to live in rather than an investment property. But Camilla Dell, managing partner of Black Brick, believes that imbalance is likely to shift this year.

“We are just starting to see investment interest coming through, from people who think that the prices are right and interest rates are very low. I suspect that this time next year the split between owner occupiers and investors will look very different.”

On the subject of interest rates, the Bank of England will come under increasing pressure to raise rates again this year in order to curb rising inflation. In December the base rate was hiked by 0.25 per cent, the first rise in three years.

But Harvard-Walls believes that while small incremental rises will inevitably make a small dent in buyer confidence (particularly at the lower end of the market), the bank’s monetary policy committee – which meets again on February 3 – will hesitate to impose any hefty rises whilst the UK economy is still recovering from the pandemic. 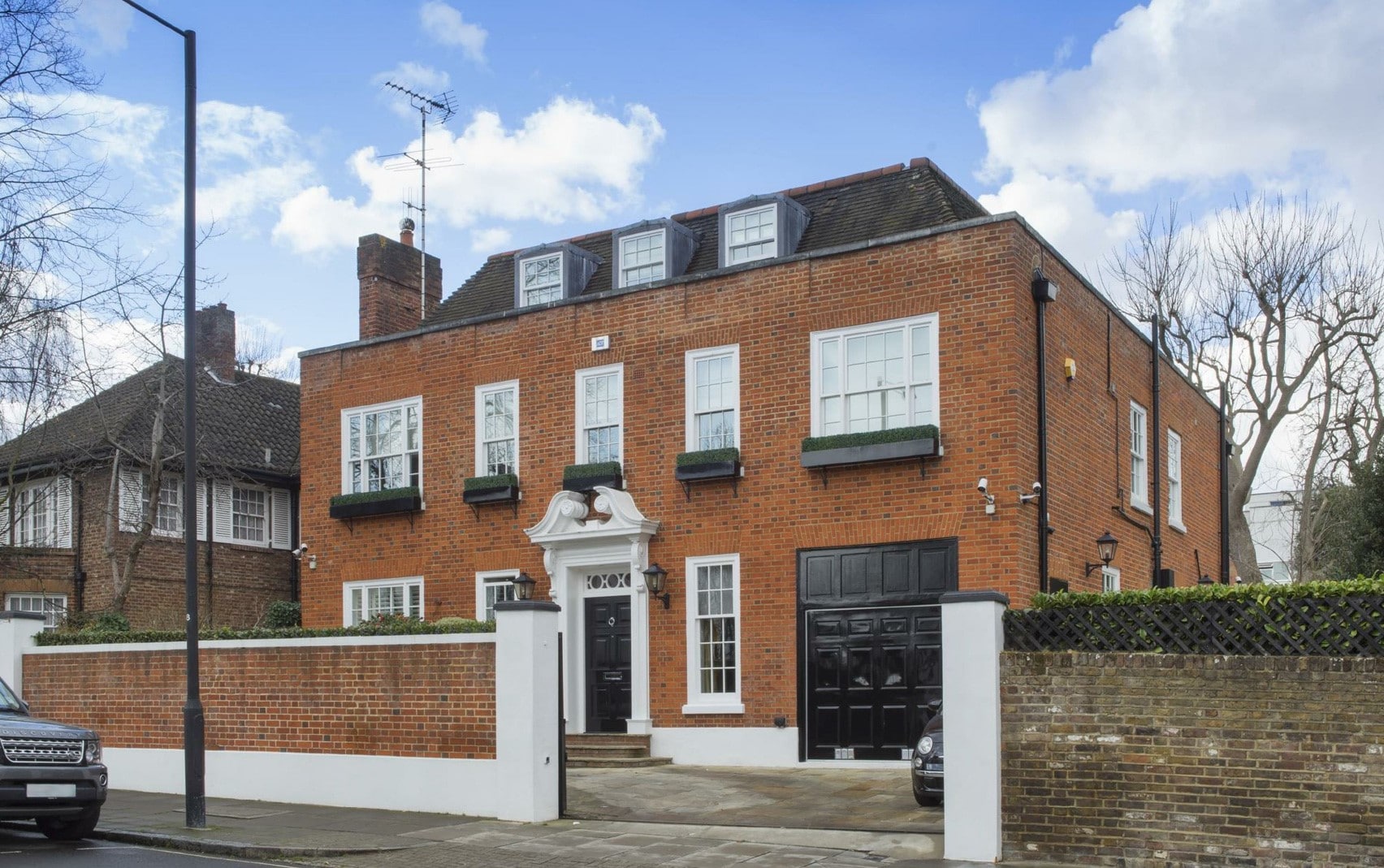 One big change last year was a surge in the number of homes being sold “off market”, without ever finding their way into estate agents’ windows or online portals.

Last year just over four in ten of the deals brokered by Black Brick were done off market, compared to just under one in five during 2020.

“The majority of people have been buying houses, and the availability – in areas like St John’s Wood, Barnes, and Dulwich – has not been great,” explained Dell.

According to Propertymark, which represents UK estate agents, the average branch currently has just 21 homes for sale on its books – its lowest figure on record. Meanwhile London house price analysts LonRes reported that, in November, the number of listings was down a resounding 23 per cent on November 2020.

This shortage has left many buyers floundering and means buying agents have had to get creative in order to find suitable homes for their clients, approaching owners of desirable properties not actually on the market to ask if they would entertain a “one off” viewing by an interested party. If a buyer has their heart set on a home in a particular street then writing to every owner to ask if any might be considering selling has also paid dividends.

“We are making discreet approaches, because there is so little stock actually on sale,” said Dell.

She feels that the key reason for the lack of stock – particularly houses – coming onto the market is high buying costs. “You have got people in houses worth £2m to £5m who might like to move to somewhere bigger, but there is just no way they can afford it with Stamp Duty being what it is.” 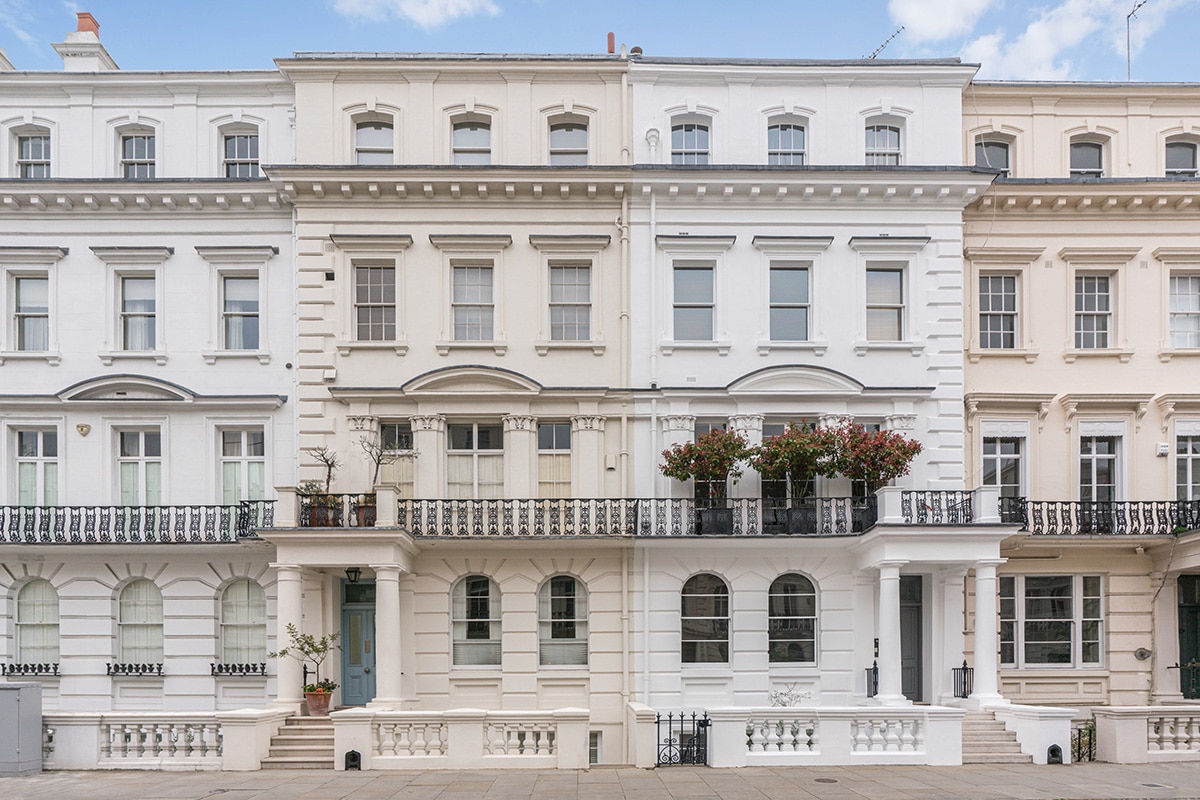 The latest UK house price index, published just before Christmas, found that house prices in London increased by an uninspiring 2.8 per cent last year – the lowest rate of growth of anywhere in England and Wales.

Certain locations have also been having a real moment: Notably Notting Hill, with its great atmosphere and proximity to Hyde Park, and St John’s Wood, one of the leafiest of north London’s prime urban villages.

Harvard-Walls said Notting Hill’s market has been operating in a bubble of its own throughout the pandemic. “What people are prepared to spend is completely extraordinary,” he said. “They are spending £4,000-plus per sq ft, and that is for a house on not a “best in class road” or one which needs work.”

Dell has seen the same phenomenon at work in NW8 where St John’s Wood’s well equipped high street, proximity to Regent’s Park and the West End, and good stock of detached houses, is pulling in new buyers. “Record prices are being paid,” she said. “On Avenue Road and Acacia Road the £3,000 per sq ft level has been breached. The market is on fire – for houses.” 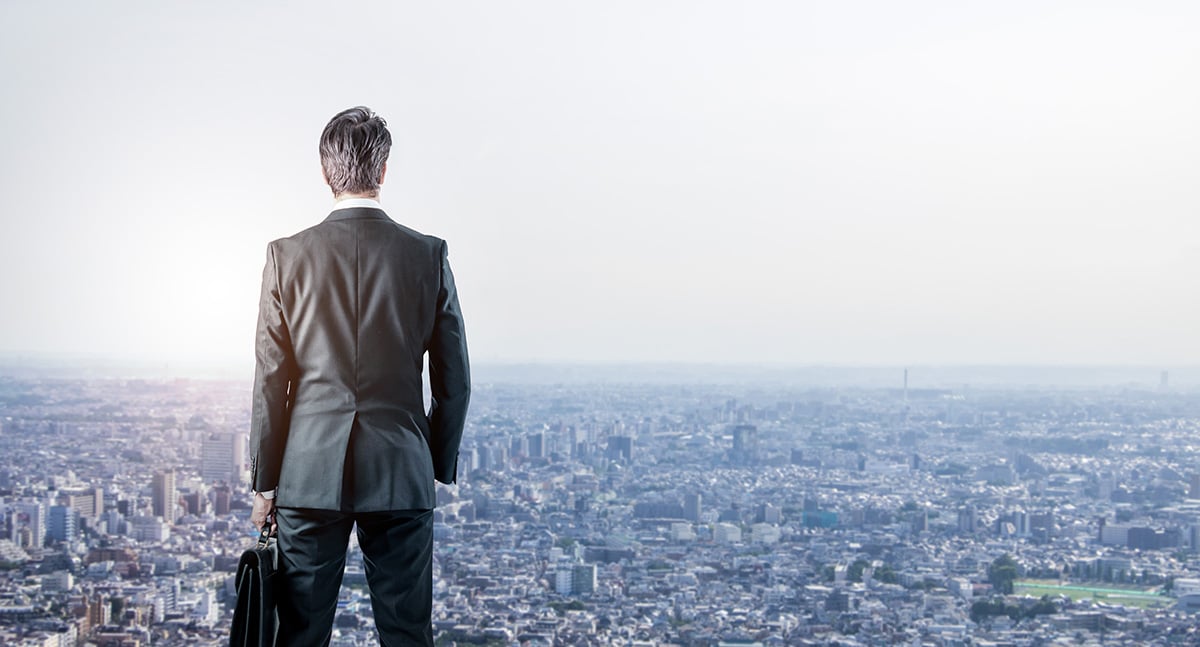 Late last year a slew of hugely optimistic property price forecasts were issued by some of our leading estate agents, universally predicting that 2022 will be the year that the Prime Central London bandwagon begins to roll once more after a subdued couple of years.

Most recently, Winkworth cited a 44 per cent increase in the number of registrations and the long-awaited return of buyers from North America as reasons to be cheerful.

Most of these reports were being drawn up before the Omicron variant had reared its head. But Camilla Dell, managing partner of Black Brick, believes that even this worrying evolution of the pandemic won’t stop buyers looking for homes in the British capital particularly since, compared to prices back in 2014, there is good value for money to be found.

“We might have a couple of slow months, but there is the booster roll out, and we now have all these vaccinations and medications to treat Covid-19,” she said. “We are in a very different place than we were at the start of the pandemic.

“The basis for a lot of these forecasts is that overseas buyers are returning, and the fact that the return to the “red list” has been scrapped is very encouraging.” 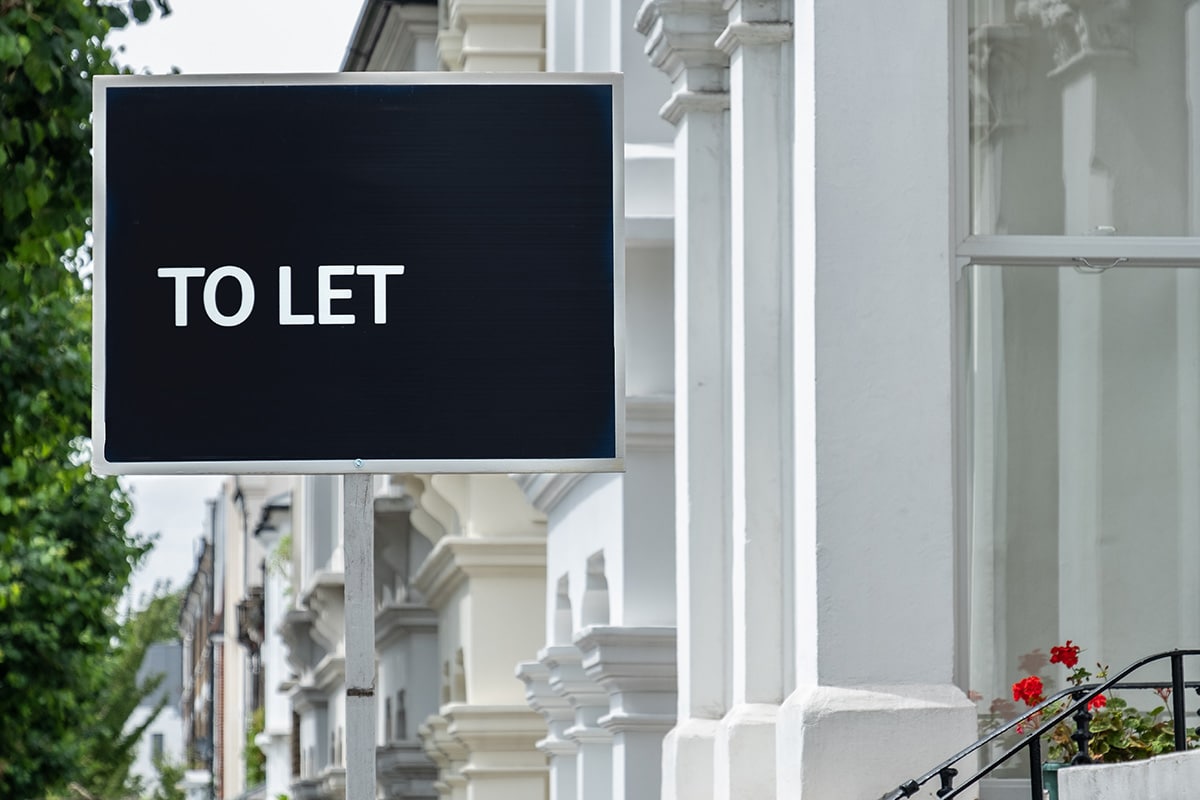 Landlords were amongst the early victims of the pandemic. As Londoners fled the city centre in their droves a virtual fire sale ensued. Investors were forced to slash asking rents (by up to 20 per cent in some cases) in order to avoid leaving their properties standing empty.

According to estate agent Hamptons rents in inner London rose by 3.9 per cent in November, the first annual increase recorded since January 2020. Rents do still remain lower than they were at the start of the pandemic however, by an average of £305pcm. Meanwhile another London agent, Rokstone, reports that the number of rental deals struck in PCL was up 30 per cent in November, compared to the previous year, indicating that demand is back.

“Rents are bouncing back after very significant reductions,” said Dell. “What that means is that they are looking like very good value, historically, and that is tempting people to come back to the city.” 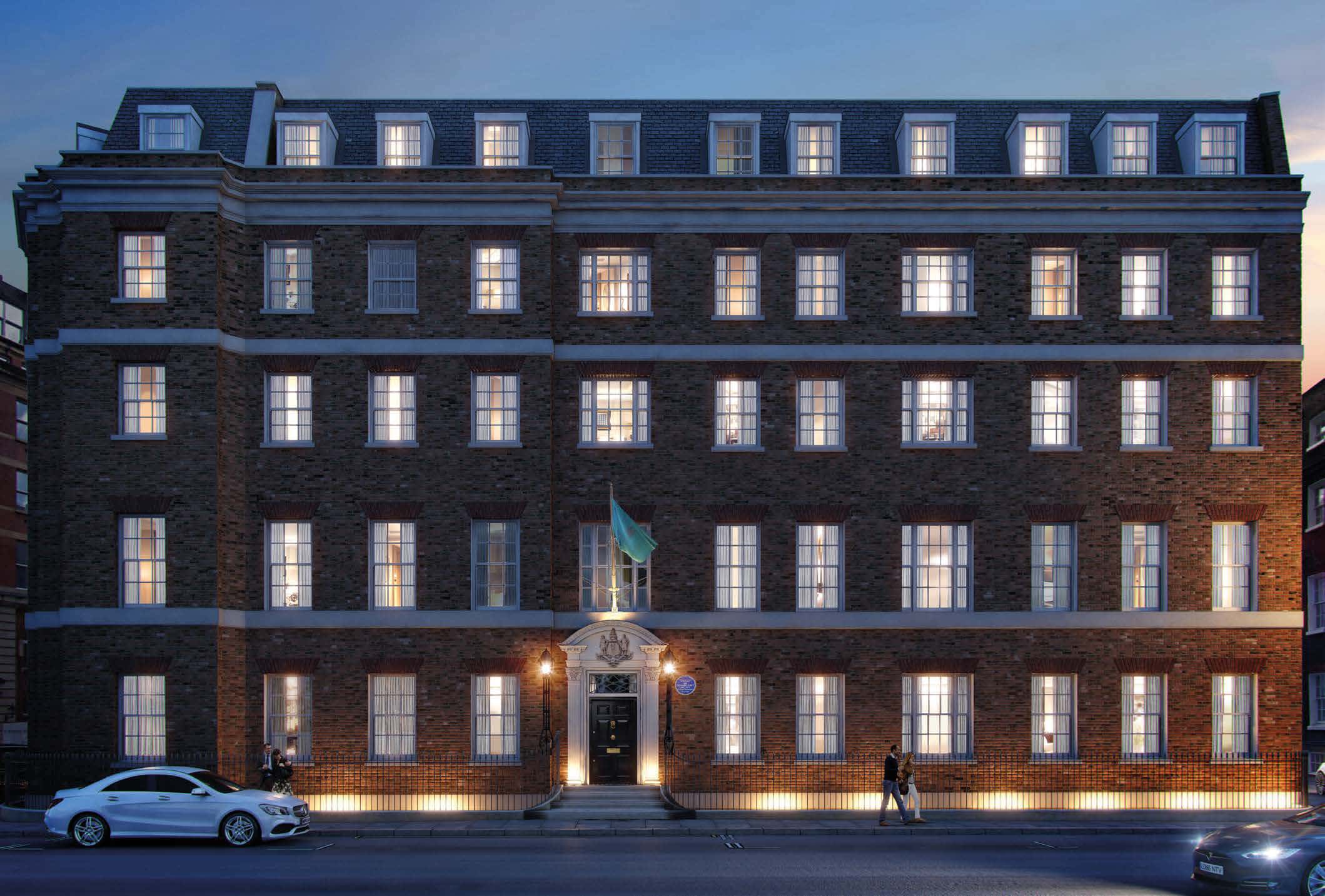 Our clients were an American couple grounded thanks to the pandemic but keen to pick up a pied-a-terre near to either St James’s or Green Park.

They were after a new build, with mod cons including a lift, porter, and air conditioning, and we were able to put in the leg work for them.

We found a one bedroom flat in a modern development a 30-second stroll from St James’s Park which was just what they wanted. The apartment has been taken off the market back in 2020 but we have a great relationship with the estate agents involved and were able to make sure we were given first look when the developer decided it was time to try again.

We also negotiated a £100,000 discount, which more than covered our fee. 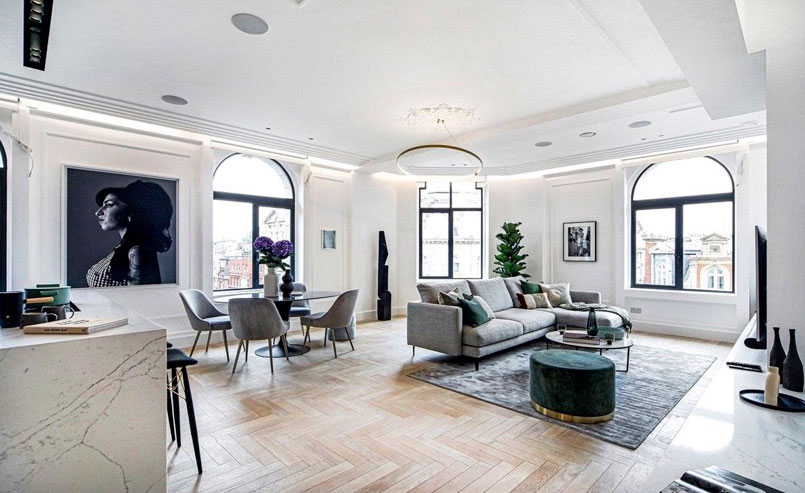 Our client, from the Middle East, was after a central London pied-a-terre, and was keen to live close to Marylebone’s thriving high street.

We negotiated on their behalf to buy a light, bright, newly-refurbished two bedroom flat which had not yet hit the open market. The apartment was in a building with underground parking and the services of porter.

There was one other buyer interested in the property but thanks to our good reputation and working relationship with the selling agent the flat went to our delighted buyer. 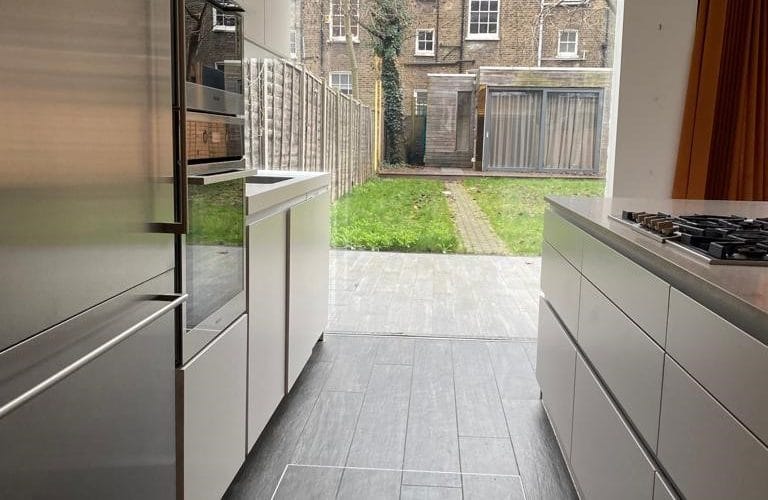 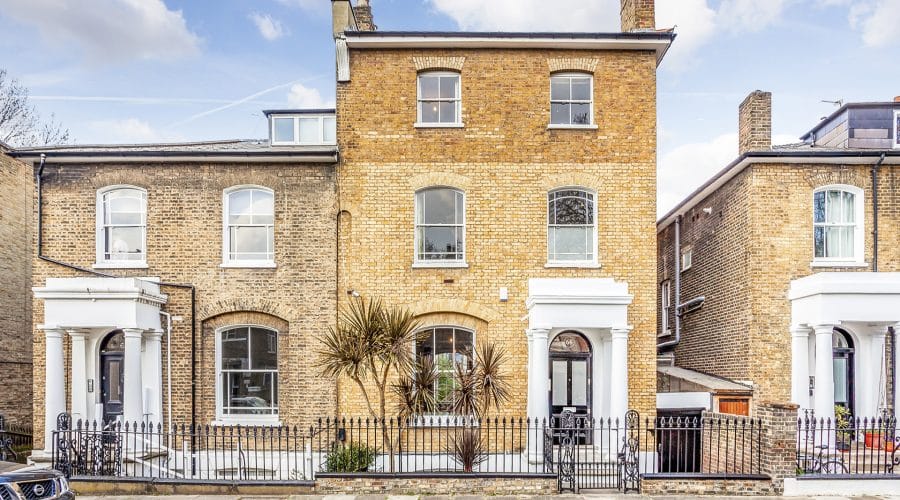 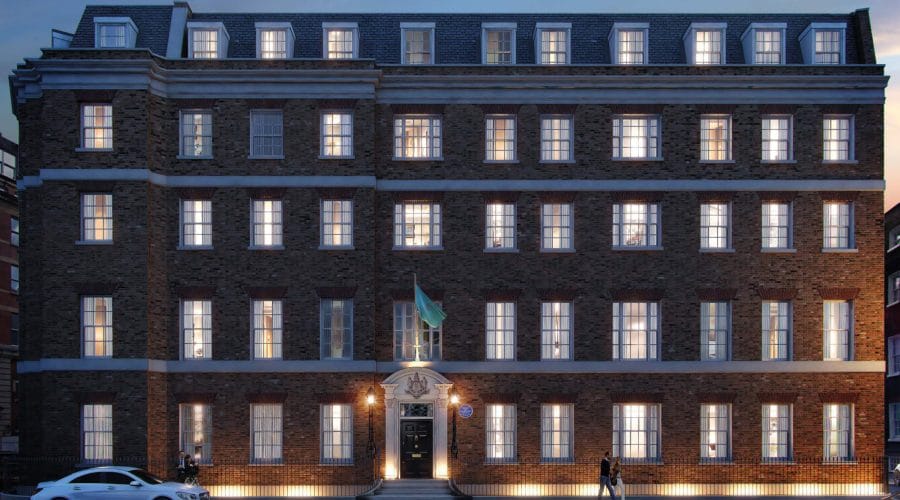 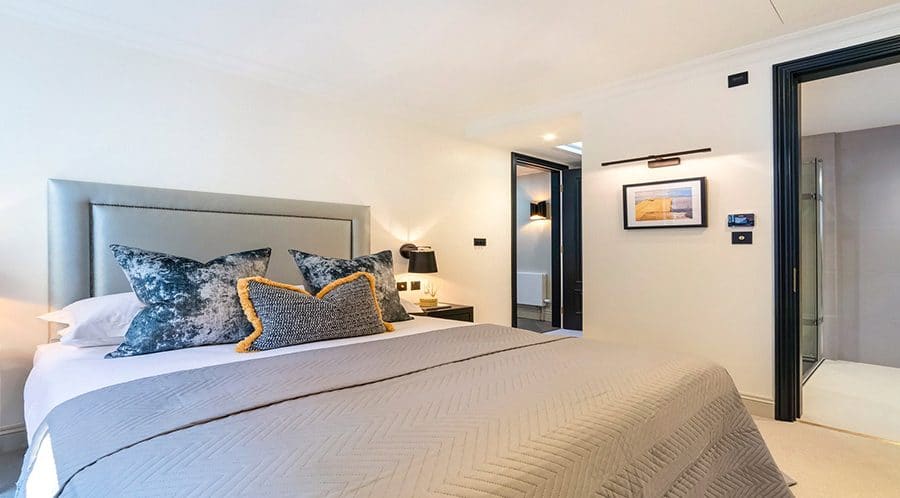 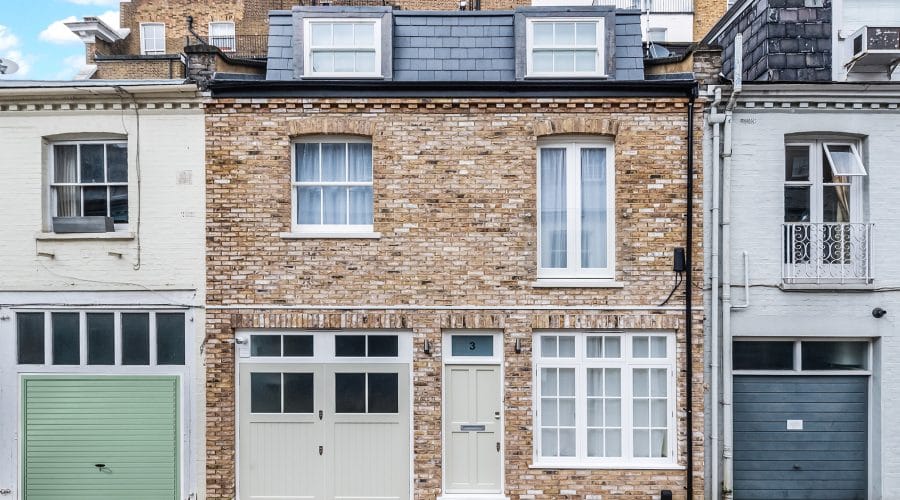 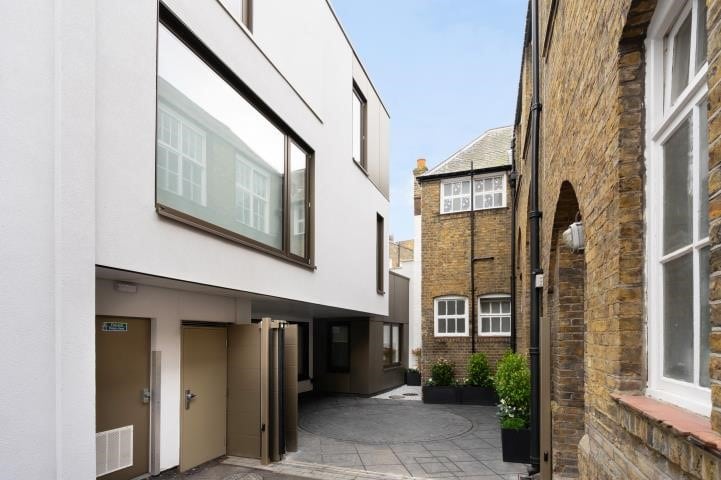 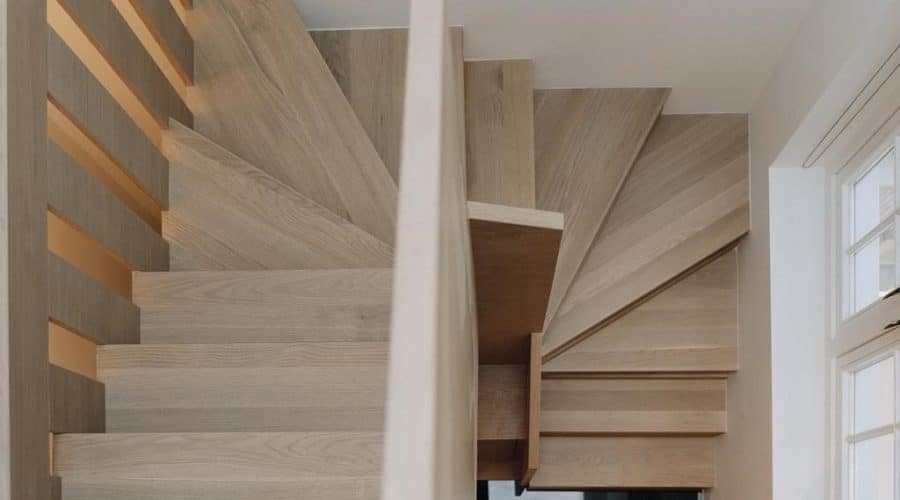 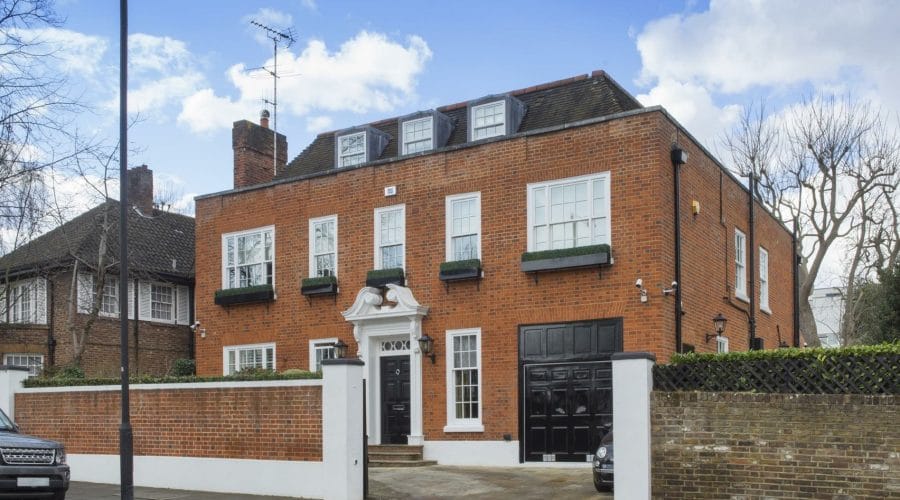 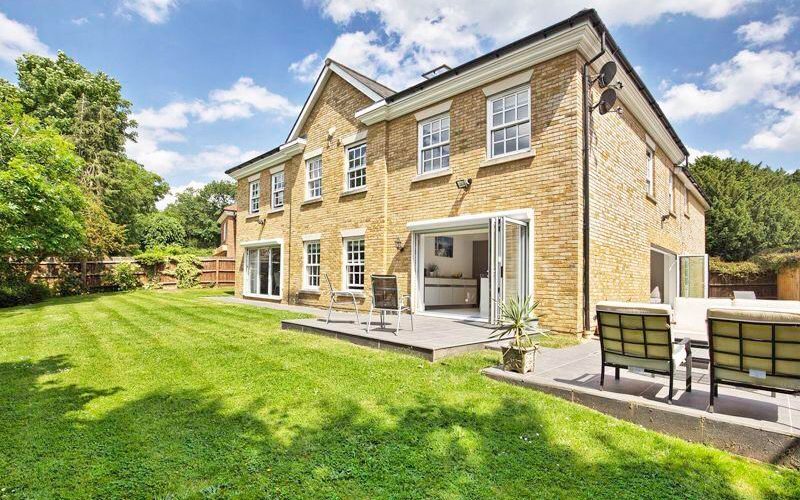