Motivation is all – how seller intel can make all the difference

Today’s property market may be moving sideways or falling, but it remains a tough one for buyers. With limited supply coming available, and low interest rates meaning vendors often face little financial pressure, buyers can waste time negotiating with uncommitted sellers – or they can miss opportunities to drive a hard bargain.

At Black Brick, we have always recognised the importance of understanding a seller’s motivation. It informs our negotiating tactics, and can often make the difference between making an offer-price bid, or pushing hard for a discount.

We have analysed the transactions we closed over the last 12 months to get a better understanding of who’s selling, why they’re selling, and the magnitude of the price discounts we’ve been able to secure.

Some findings leap out. Professional sellers, either developers (35%) or landlords divesting rental properties (30%), account for the vast majority of properties acquired for our clients over the last 12 months.

In terms of the price discounts we have been able to secure for our clients, there is a fairly pronounced difference in the groups: we have negotiated an average 8.9% from the prices asked by developers, compared with 3% from those selling an unwanted investment property.

“This difference is explained by the greater pressure developers face to clear stock that isn’t earning an income, and their general nervousness about the state of the market,” says Camilla Dell, Managing Partner at Black Brick. “Landlords, on the other hand, can re-let properties which don’t generate the capital return they seek.”

Data from Molior, a leading consultant, supports that interpretation. It found rising levels of unsold development properties in London, with 1,500 complete but unsold properties on developers’ books – up 35% year on year.

“As we’ve been advising clients for some time, new-build developments that have been completed, or are about to be completed, can provide some of the best deals at the moment,” adds Dell.

Meanwhile, sellers looking to relocate – who represented around a fifth of our transactions – are often amenable to a low offer, given that they tend to be up against tight deadlines and therefore highly motivated. We have been able to negotiate an average of 5.6% off asking prices from this part of the market.

The average transaction size across the categories of sellers also tells an interesting story. Camilla Dell comments, “It is often said that London is the “divorce capital of the world”. Property is often a significant part of any divorce settlement. The average transaction size of properties acquired where the sellers were getting divorced was a staggering £36.5 million. Often these properties will not be on the open market, but the sellers have a real reason to sell and so good discounts can be achieved on often rare to market trophy assets. This contrasts with an average transaction size of £1.3 million in the unwanted investment category which largely constituted smaller one and two bedroom ex-rental investments”.

“Discovering why a vendor is looking to sell is a vital piece of intelligence, and one that we always ensure we find out,” says Dell. “It’s important to find motivated sellers as opposed to those who might just be taking the temperature of the market, or who are not desperate to sell, but are hoping to be pleasantly surprised by a high offer.”

“It’s something that an unrepresented buyer finds very hard to discover,” agrees Caspar Harvard-Walls, Partner at Black Brick. “They are either often too embarrassed to ask, or the agent simply won’t tell them. We have the contacts and relationships that can help us find out.”

More evidence is emerging of stability returning to parts of London’s prime property market – even as prices in outer prime areas continue to fall. The data could indicate that there are bargains to be had in these latter areas, if the traditional pattern of price movements rippling out from central London repeats itself.

That picture is reflected in analysis firm LSL Acadata. It reports that sales jumped 20% year on year in the third quarter of 2017 in London’s three most expensive boroughs, namely the City of Westminster, Camden, and Kensington and Chelsea.

“The prime central London housing market appears to be ahead of the curve in adjusting to current market conditions,” Savills adds. Indeed, its price forecasts see prime central London flat this year, before growing 2% in 2019, and 8% in 2020. Other prime London will not return to growth before 2020.

“This combination of price falls in recent years with signs of stabilisation presents buying opportunities – not least in areas that buyers might have considered out of reach, or even over-priced, in recent years,” says Dell. “If you’re able to buy in Zones 1 or 2, and pay less than £1,000 per foot, that represents good value, especially as medium- to long-term investment – it wouldn’t have been possible across great swathes of central London just a few years ago.”

We consider the following five areas, most of which were trading at above £1,000/square foot in 2016, but which are now below that mark according to transaction data from LonRes, as representing good value:

“What the data also shows is that houses in these outer prime areas of London are offering far better value compared with flats,” notes Harvard-Walls, suggesting that houses may have been more heavily effected by Stamp Duty rises, while new developments of new build flats, which command a premium, has pushed up averages for apartments. 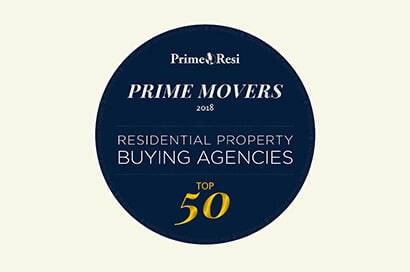 The publication lists the top 50 buying agents in the UK, nominated by PrimeResi readers, with the ranking based on independent research by its editorial team and consultation with a panel of industry insiders.

It notes that the sector “operates right at the heart of the prime property market, but often under the radar” and is “fascinating but often misunderstood”.

It continues: “Advising clients on high-stakes decisions in a complex and shifting landscape requires a rare combination of skill, tenacity and — above all — experience … Buyers approaching the current market without expert representation are looking braver by the day.”

We couldn’t agree more – and we are hugely appreciative of the recognition by PrimeResi of the work that we do for our clients.

Our clients, a Middle Eastern family with five children, set us quite a challenge: a large 4-bedroom apartment, in a secure modern development, close to the shops of the West End. With planning laws restricting the supply of 4-bed apartments, and given the price of high-quality new builds in London, meeting the brief within the £3.5 million budget was going to be tough.

Thinking outside the box, we spotted an opportunity to join two apartments on the same floor in a new boutique development, Castle Lane, within Westminster’s historic Birdcage Walk Conservation Area. We persuaded the developer to carry out the work to create a lateral 4-bed, 4-bath apartment measuring almost 2,000 sq. feet. We also managed to negotiate the purchase at £3.48 million – saving our client £250,000 from the asking price, and equating to a purchase price of £1,962 per sq. foot, below the £2,000-plus per sq. foot often achieved by new builds in this area.

The valuer valuing the apartment commented “When done the flat will be worth £3.85 million. You don’t get 4 bed flats in this area for much under £4 million”.

We are delighted that we have been able to achieve such a fantastic deal for our client, whilst meeting their brief.

In addition to the services we offer property buyers, we periodically act for clients selling properties. This month we have, among others, the following prime London properties on our books:

This fantastic one-bedroom apartment, in a portered building, is on Turks Row, within walking distance of the shops, cafes and restaurants of Sloane Square, Kings Road and Knightsbridge. It benefits from a lift and south-facing views, and would make an excellent pied-a-terre.

This two-bedroom, two-bath apartment is located just off Kensington Gardens on one of the borough’s most sought-after roads. On the third floor of a stunning townhouse, with a lift, the property has been newly refurbished.

Please contact Caspar Harvard-Walls if you would like further information or to book a viewing on any of our properties for sale Email: chw@black-brick.com Tel: +44203 141 9864 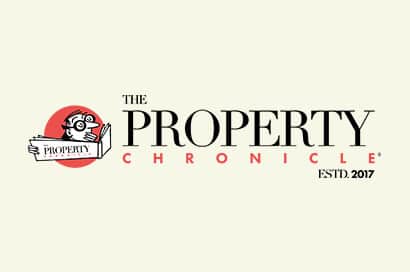 This month, Black Brick Managing Partner Camilla Dell gave her views in online publication Property Chronicle, on the prospects for London’s property market in 2018. Click here to read the article.