The value of a British pound plunged following Liz Truss and Kwasi Kwarteng’s tax-cutting fiesta last week, sinking to its lowest-ever level against the US dollar on Monday morning.

Top-end London property brokers are enjoying a bonanza of urgent interest from wealthy international buyers with US dollars to spend, looking to take advantage of a significant currency discount.

The value of a British pound plunged following Liz Truss and Kwasi Kwarteng’s tax-cutting fiesta last week, sinking to its lowest-ever level against the US dollar on Monday morning.

GBP Vs USD (via Google Finance)

Economists, business leaders and politicians (except the Chancellor) have been wringing hands all day, while currency traders and pundits have made hay – as have Americans looking to buy property in the UK. 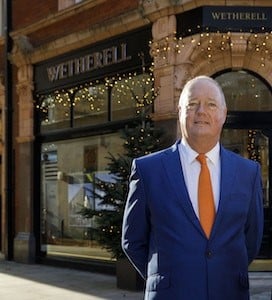 “We recently had a dollar-based buyer who reluctantly dismissed a period Mayfair townhouse because it was out of their budget,” says Mayfair estate agency boss Peter Wetherell; “with the strength of the dollar they have rekindled their interest as now affordable.”

Arthur Lintell, a Partner in Knight Frank’s Notting Hill office, has a similar tale, of an ex-Notting Hill local who relocated to New York 15 years ago – who is now returning “as the opportunity is too good not to miss as their children start Notting Hill Prep next year. In their words, ‘the timing could not be better for us right now’,” explains Lintell. “These buyers are also keen to have the competitive edge over domestic buyers who since the pandemic have dominated the family house market here in Notting Hill.” 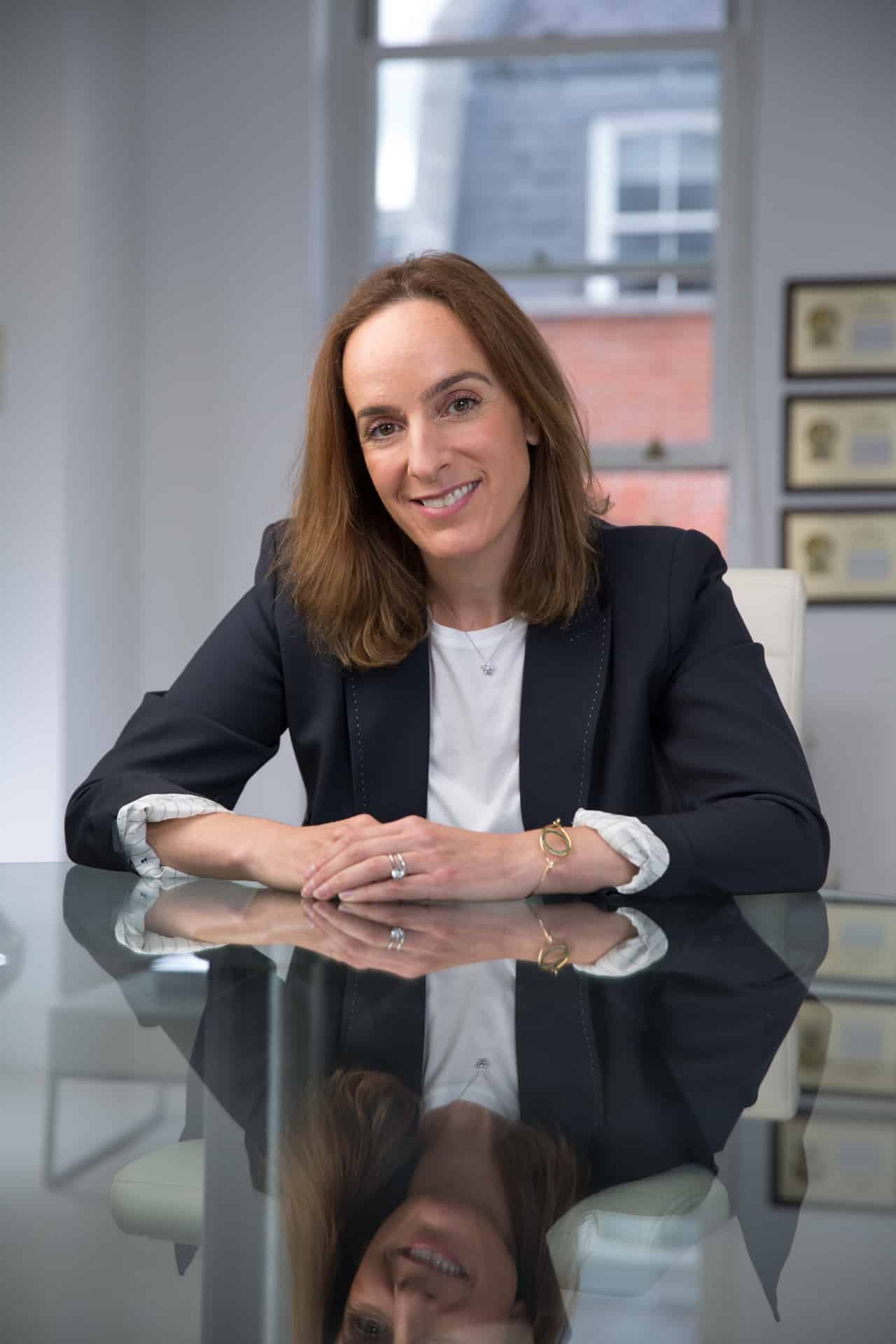 It’s not just Americans spending dollars. Buying agency Black Brick has seen a particular spike in enquiries from Middle Eastern buyers with US currency to splash. The majority of these “are seeking homes in Prime Central London with budgets which range from £5mn to £20mn,” says founder Camilla Dell – noting that “these buyers will be purchasing at 27% discount compared to the same period last year, a significant saving to say the least.”

It’s a “fantastic opportunity” for international buyers, agrees Stuart Bennett, the recently-appointed Head of Sales at Beauchamp Estates in Mayfair. 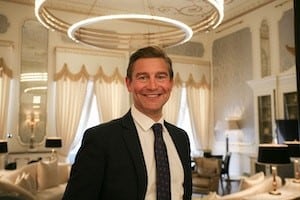 The super-prime estate agency has seen a 40% rise in applicants purchasing in dollars as well as “a series of dollar-based deals,” most recently in Eaton Square and Cadogan Gardens. “This jump in activity reflects the fact that the current exchange rate position offers dollar purchasers probably the best opportunity there has been for many years and certainly one that people are currently taking advantage of given the influx of activity from that demographic over recent weeks,” explains Bennett.

London agency Robert Irving Burns reports a similar 35% jump in overseas property buyer enquiries since Friday’s fiscal event, prompted by what Managing Director Antony Antoniou calls “incredible discounts” on offer. “What we are seeing now is a boom in prime London property, while the rest of the country is gripped by a cost of living crisis,” says Antoniou. “Post the not so ‘mini budget’, the abolition of the higher rate of income tax and banker bonus caps means we have already seen a wave of interest in £2mn+ property across London. Investing in prime assets in the Capital is the equivalent of investing in gold in the current financial climate.” 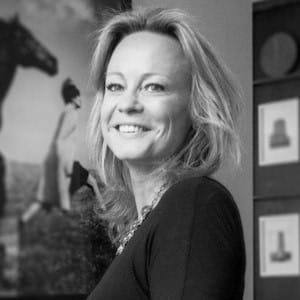 Buying agency Banda says its retained clients with American money “clearly realise the opportunity that is on offer” with the falling sterling against the dollar. “We’ve had a few clients who were taking their time now acting quickly to get their purchases over the line and ensure they’re make the most of the currency fluctuation,” explains Head of Private Clients, Louisa Brodie.

“There has been a pick up from international buyers who see a buying opportunity in London, some of whom are taking advantage of both weaker pricing in PCL over the last seven years and record low sterling – a win-win for a value driven buyer,” says Rory Penn, Head of London Sales at Knight Frank, adding that airline passenger numbers are now running “only 17% below pre-pandemic figures now, with more international buyers to come.” 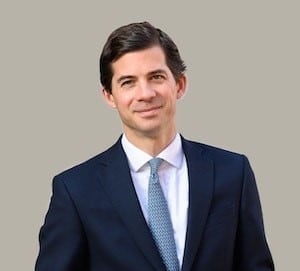 Beauchamp is taking advantage of the surge of new interest by launching a particularly grand Mayfair mansion to the sales market, with a clear focus on dollar-toting buyers. “Because of the current slump in the pound against the dollar, clients are deciding to list or relaunch properties onto the market to capitalise on the opportunity,” says Stuart Bennett. “This is why Culross House in Mayfair, which had been occupied by a tenant, has now been newly relaunched onto the sales market. We believe that Culross House will be ideal for an American purchaser, or an international buyer, potentially from the Middle East or Asia purchasing with US dollars, because of the current US dollar to pound sterling exchange rate situation, which effectively gives US dollar purchasers a 30% discount when buying a home in Mayfair.” 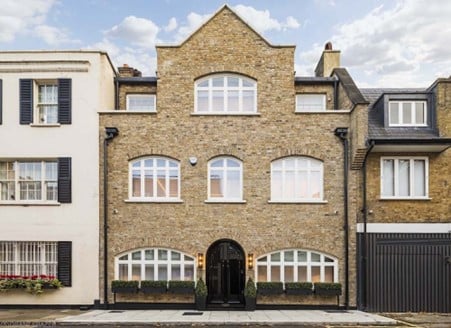 That 30% difference “pays for a buyer’s Stamp Duty and also any renovation or moving in costs,” adds Bennett. “It also enables a dollar-based buyer to buy a home in a much better area than previously or a bigger property with the much healthier budget.”

But it’s not going to be plain-sailing for overseas house-hunters in London, even if they suddenly have a lot of extra cash to splash; there’s just not that much around to buy.

“There remains a supply issue in Prime Central London which is unlikely to disappear with the current drop in the pound,” notes Camilla Dell, explaining that “many USD based sellers of PCL will have purchased when the pound was much stronger and will not want to crystalise their losses by selling.”

Peter Wetherell flags a similar issue: “Some sellers have withdrawn their properties because repatriating and converting their sterling monies does not equate,” he says. “They are therefore – once again becoming reluctant landlords and renting in a very strong market. Whichever way you look at it, there will be a lack of prime stock availability and therefore now is a buying opportunity.”

“Best in class stock is low and whilst it often achieves a premium it still offers better value than it would have done this time last year,” adds Banda’s Louisa Brodie – who thinks there’s “much more of this to come – decisive international purchasers snapping up prime properties and fast!”