The launch of the Elizabeth line will speed this Zone 1 neighbourhood named “most likely to outperform” from edgy to sought after.

And 2018 is shaping up to be a turning point for this vibrant, multicultural East End neighbourhood, best known for its dramatic Victorian history of slums, serial killings, freak shows and Fagin.

This autumn the capital’s largest photography gallery, Fotografiska London — an offshoot of the popular Stockholm gallery — will open a new 89,000sq ft facility close to the Whitechapel Gallery, with seven exhibition spaces, a cinema, two restaurants, a café and bar, while in December Whitechapel will become part of the long-awaited Elizabeth line, giving it swift links to the West End, City and Heathrow airport.

“A lot of other areas along the Crossrail line have already been developed,” says Tom Kain, a buying consultant at Black Brick property agency.

“Whitechapel is relatively underdeveloped. We are starting to see new buildings with concierge, gyms, and ground-floor shopping arcades. There is no doubt that the environment is changing. If I was a betting man I would say that there are investment opportunities there.”

Whitechapel is currently by far the most affordable central London area to get a Crossrail station and on that basis it’s a go-to option for buyers seeking a Zone 1 address. Average prices now stand at £470,961, up more than 50 per cent from £312,409 in 2013, according to Savills.

For buyers in a position to purchase in E1 the rewards could be significant. New research by JLL predicts that, thanks largely to Crossrail, plus some new-homes schemes smashing the price ceiling, prices will increase by 15 per cent between this year and 2022. Growth across central London over the same period is forecast at just under three per cent.

IT’S NO BEAUTY — YET

Whitechapel’s plus points are partly its central location and connectivity, which must be balanced against its grimy streets and distinct lack of green space.

Whitechapel High Street is a messy patchwork of fine old Georgian buildings, ugly Seventies horrors, building sites, raging traffic and discount stores, while a detour down a side street is just as likely to bring you to a fine terrace of period houses as to a frankly threatening council estate.

Tower Hamlets council believes Whitechapel has the potential for 3,500 new homes to be built over the coming years, along with new shops, restaurants, cafés, offices, and schools to serve its new community, whose ranks will be swelled by the intake at a planned £300 million science research campus for Queen Mary University of London.

The first major sign of the changing face of Whitechapel is The Silk District, a £90 million development by L&Q and Mount Anvil named for the silk-weaving Huguenots who adopted this corner of east London during the 17th century.

As well as 564 homes, of which about a quarter will be affordable and earmarked for first-time buyers, there will be space for shops, cafés and restaurants set on pedestrianised streets and squares. The Silk District’s luxury credentials include plenty of residents’ amenities, including a gym, cinema room and private bar.

Prices, by Whitechapel standards, are ceiling-shattering. Currently on sale are studio flats from £465,000, one-bedroom flats from £517,000, and two-bedroom flats from £687,000. The scheme is being marketed in Hong Kong and Kuala Lumpur as well as London in advance of building later this year.

One of the biggest developments on the horizon will wipe away the old Whitechapel Estate, built at the end of the 19th century as part of a slum clearance programme. Intended to provide “model dwellings” for London’s poor, it was altered and extended hastily after the Second World War and gained a reputation for crime and teenage gangs that has lingered.

In February, after a two-and-a-half-year planning battle with Tower Hamlets council, a planning inspector granted permission to flatten the estate and replace it with 12 new buildings of up to 23 storeys that will reach more than 300ft, designed by PLP Architecture and starchitect Sir David Adjaye.

The Whitechapel Estate mark II has been named Whitechapel Square and will have 343 flats. Just over a quarter will be sold to first-time buyers at affordable prices, 168 will be for medical staff and students, and there will also be offices and shops.

A pedestrianised “green spine” of plant- and tree-lined pathways will run through the estate along what is now Philpot Street. 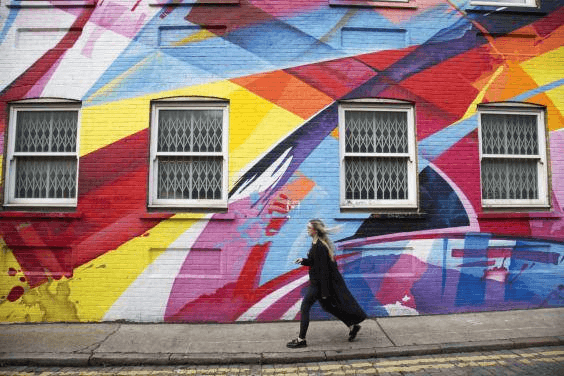 The reboot of the Whitechapel Estate has inevitably led to talk of gentrification and local people being driven out to make room for luxury flats for affluent City workers and overseas buyers.

Another issue in this area is its clusters of magnificent period buildings and how they will be protected amid regeneration.

Sainsbury’s hopes to replace its supermarket in Cambridge Heath Road with another major mixed development, including shops, cafés, restaurants, plus almost 500 homes in a series of “mansion blocks” and a 28-storey tower.

Objections to the £200 million plan for Whitechapel Square have centred on the tower’s impact on a nearby Grade I-listed terrace of almshouses designed by Sir Christopher Wren, and it has been rejected twice by Tower Hamlets council.

The supermarket has already agreed to scale down its ambitions: under the current plan the tallest building on site is nine storeys.

But in February Sainsbury’s was thwarted once more over a lack of affordable housing in the modified proposals for 470 flats in eight blocks. An appeal has been lodged and a decision is expected after a hearing in October.

Whatever the result, Black Brick’s Tom Kain sees a smartened-up Whitechapel becoming a hugely popular option for City workers who might previously have preferred a “City-fringes” home in Shoreditch or Spitalfields. “It is going to be fantastically well connected,” he says.

WHAT CAN I BUY IN E1? FROM GEORGIAN TO NEW BUILD

Much of Whitechapel’s period housing was lost in the Blitz but a handful of Georgian terraces survived and are now much better value than similar properties elsewhere in central London, with some split into flats.

For buyers who want to be as close to the action as possible, Keatons estate agents has a large two-bedroom flat of more than 900sq ft in a converted pub in Whitechapel Road, at £650,000. 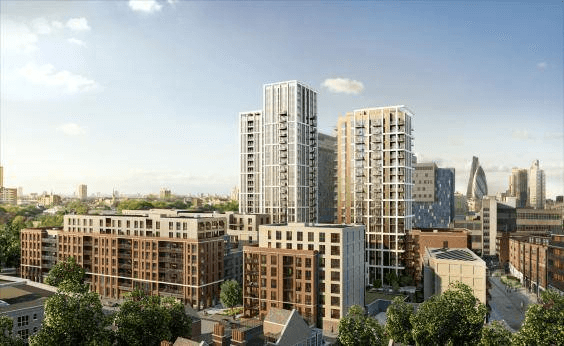 From £465,000: studio flats and one- and two-bedroom apartments at The Silk District. Whitechapel’s first Crossrail-inspired scheme will also have cafés and bars

The Silk District is Whitechapel’s first major Crossrail-inspired scheme and about two thirds of its homes have sold. A one-bedroom flat, with great views, is on sale with developer Mount Anvil for £589,500.

For between £350,000 and £500,000 you could find a two-bedroom ex-council flat or one in a slightly tired purpose-built block. Or you could spend the same money on a one-bedroom flat in a period conversion or a jazzier development.

A BRIEF HISTORY OF WHITECHAPEL

In the ancient past Whitechapel was a tiny, rural village, a staging post on the way for travellers between London and the Roman town of Colchester in Essex. But its urban story really begins in the 16th century when it developed as an industrial centre to serve the City.

Tanneries, breweries, slaughterhouses and metal foundries were set up and, amid these noxious trades, lived impoverished workers and their families.

This is where the Elephant Man, Joseph Merrick, was exhibited in a shop on the Whitechapel Road before coming to the attention of Dr Frederick Treves who worked across the street at the old Royal London Hospital, where the site is now earmarked for a new town hall for Tower Hamlets. 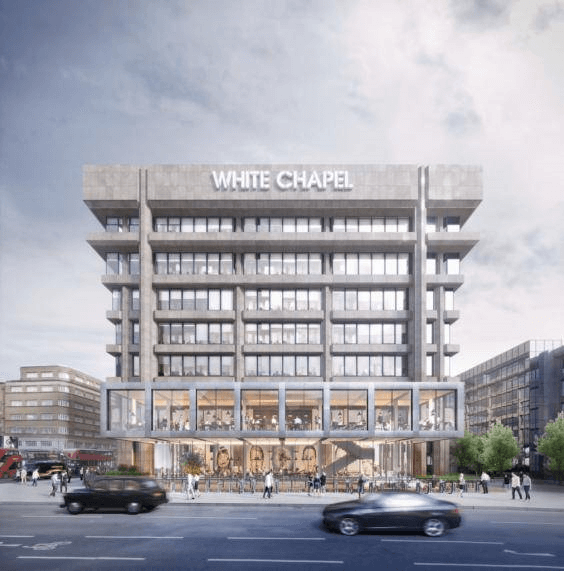 Picture this: the capital’s largest photography gallery, Fotografiska London, opens this autumn with seven exhibition spaces, a cinema, two restaurants, a café and bar close to Whitechapel Gallery public art centre (Fotografiska London)
It is also where serial killer Jack the Ripper butchered at least five of the area’s many prostitutes during 1888.

Whitechapel was London’s first slum and it is said that Charles Dickens, a regular at the area’s music halls, based Fagin in his novel Oliver Twist on a real-life 19th-century “fence” who operated in the area.

Racial and ethnic tensions have been deep-rooted in a district that has been adopted by waves of immigrants.

In 1936, thousands of poor mainly Jewish protesters converged on Cable Street and used homemade barricades to prevent the jackbooted British Union of Fascists marching, an event now commemorated in a mural in the street.