Vastu, often seen as an Indian version of feng shui, dates back thousands of years. Tips for house construction include performing puja rituals on auspicious dates, preferably after consulting an astrologer. 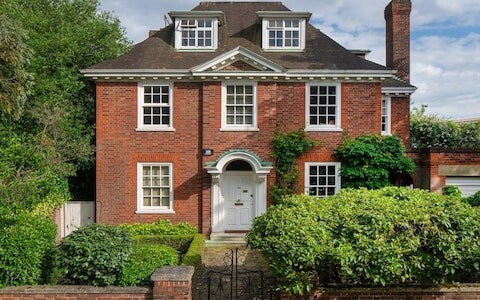 Vastu, often seen as an Indian version of feng shui, dates back thousands of years. Tips for house construction include performing puja rituals on auspicious dates, preferably after consulting an astrologer.

The location and shape of the plot, light, water and internal arrangements of doors, windows and rooms are considered vital to ensuring the health and well-being of occupants.

Vastu has begun to pop up on the UK’s highly international property market. “Feng shui is a big thing for many of our clients, who will not set foot in a property unless it has had the once-over from their feng shui master,” says Penny Mosgrove of Quintessentially Estates, an estate agent. “A similar set of principles exist in vastu shastra.

“This year I was asked to find a home in Notting Hill that was vastu-compliant. There had to be various ‘main’ entrances, no bathroom near the main door, doors that were not black, a door that opened in a clockwise manner and an entrance that had not got a shoe rack near it, nor a bin.

“All mirrors needed to be on the north wall and social rooms needed to face north or at least north-east. At the centre it required a brahmasthan, which is a space for reflection without any obstructions to it.” Eventually, the right house was located and bought. 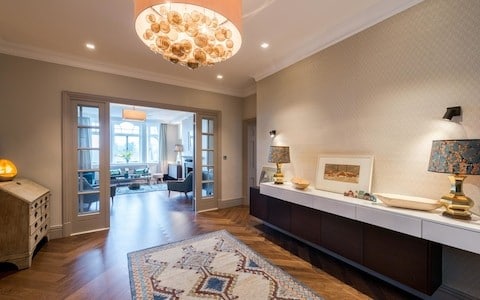 A flat in north London, £5.8m, with Arlington Residential.

There is a growing Indian community in London, active at the middle to top end of the property market. Following changes in 2015 to the Liberalised Remittance Scheme in India, which increased the capital that buyers can bring into the UK to $250,000 (£195,000) per person per year, there was a surge of buyers.

“Indian buyers are still very prevalent in London – especially when you look at the wider number of Indians that are buying, known as non-resident Indians,” says Camilla Dell, of buying agency Black Brick. “Indian resident buyers are still somewhat limited in what they can spend on an overseas property due to exchange control in India. Although the rules have become more relaxed, families are only allowed to transfer $250,000 per family member per year outside of India.

“So a family of four, after two years, would have a budget of $2 million to spend on a property. Non-resident Indian buyers are not subject to the same restrictions and so tend to have higher budgets.”

“We noticed a significant increase in Indian buyers over the last six months,” adds Simon Garcia of Quintessentially Estates. “The softening of prices and fall in the value of sterling both played a part, as many trade in dollars.”

Pimlico and Westminster accounted for around a third of all purchases by these families, both as investments and homes. Marylebone, with its boutique shops and village feel, is also popular.

Around half of Indian buyers search for vastu-compliant properties, and for those who do, it’s a deal-breaker for a sale. “This continues to be very difficult to fulfil, particularly on properties that are already built,” says Dell.

Marc Schneiderman, director of estate agency Arlington Residential, recently sold an £8 million house in St John’s Wood to an Indian family after they dismissed several other houses due to their orientation. “Their vastu adviser inspected the house and made suggestions such as removing the water fountains in the garden and repositioning furniture,” he says.

There are advantages to buying in a new development. “Last week [we] concluded a deal for a non-resident Indian client on an off-plan development,” says Dell. “The developer was open to changing the layout to meet our client’s vastu requirements.” Buying off-plan with staged payments is also easier for buyers affected by the limits of exchange control.