A plunge in the pound this year has brought a rush of American buyers hoping to snap up prime London homes with tens of millions in dollar discounts. 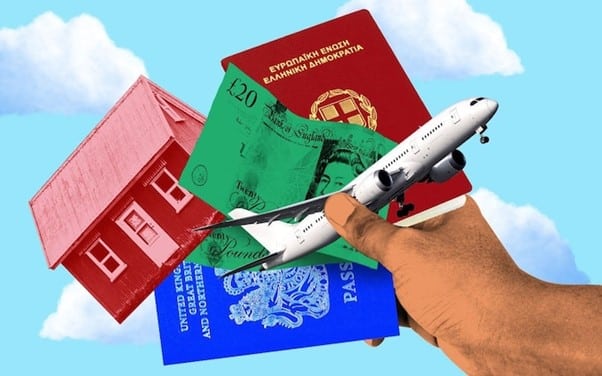 A plunge in the pound this year has brought a rush of American buyers hoping to snap up prime London homes with tens of millions in dollar discounts.

Demand from wealthy overseas buyers spiked following Chancellor Kwasi Kwarteng’s “mini-Budget”, which caused the value of the pound to tumble to a record low after it sparked fears of even higher inflation.

Sterling has since recovered to the level seen earlier in September, but it is still down by a fifth compared to its high in May last year.

Thea Carroll, a London buying agent, said: “The dollar buyer situation at the moment is a bit overwhelming. In the last three weeks it has hit a crescendo. [After the mini-Budget], the general consensus was that the opportunity cost of missing the currency exchange was greater than the future economic headwinds.”

Ollie Marshall, of buying agency Prime Purchase, noted a London house that was marketed new with a £55m guide price in 2016. When the pound was at its peak against the dollar in June 2016, just before the Brexit referendum, this was equivalent to $81m.

Since 2016, PCL house prices have fallen. The property has also lost its new build premium. Now, it is on the market for £35m.

When the pound hit a record low against the dollar on the Monday after the mini-Budget, with an exchange rate at 1.035, for an American buyer, this property cost $36m.

This was a saving of around $45m compared to five years ago – a drop of 56pc. 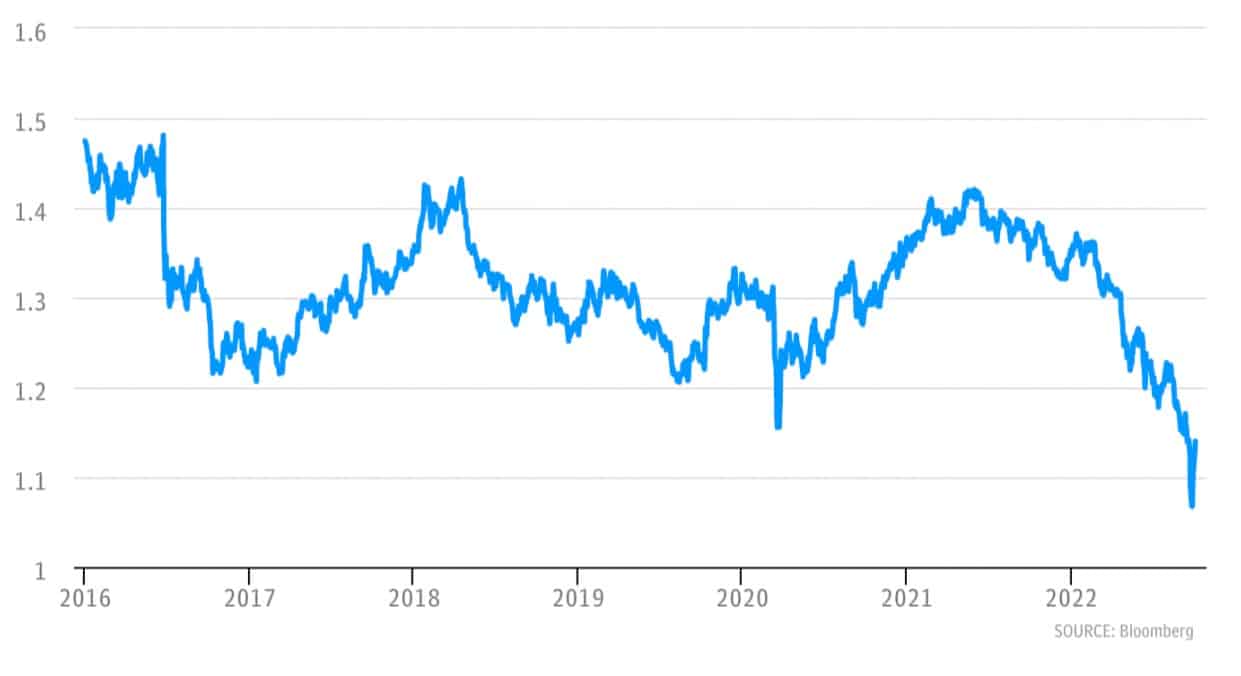 “Within 24 hours, my client was viewing the house, having flown 5,000 miles to see it,” Mr Marshall said.

Even if the sterling price of the property had not changed, a dollar buyer would have saved $24m compared to if they had bought at the 2016 peak.

The pound has since stabilised a little. Last week, the house’s dollar value was $40m.

Roarie Scarisbrick, of Property Vision, a buying agency, said: “Obviously there has been a pick up. Whenever there is a suppressed pound, the phone starts ringing. There are definitely a lot of people thinking this is deal time.”

He added: “In areas like Mayfair, Belgravia and Knightsbridge, the international-type properties that have been sat around for the last two years are now being hoovered up because of the currency rates.”

The British economic outlook might be turbulent, but London still looks favourable to some overseas buyers, Ms Carroll said. “The flight of Russians to Dubai means prices have become extortionate there.”

Camilla Dell, of London buying agency Black Brick, said: “The currency exchange rate has definitely helped. We can say to our clients that their stamp duty bill is effectively paid, compared to if they were buying this time last year.”

International buyer numbers plunged in the wake of the pandemic. At the start of 2020, overseas buyers accounted for 49pc of all sales in prime central London, according to Hamptons estate agents.

That share hit a low of 35pc in 2021, but then bounced back this year. In the first six months of 2022, the international buyer share in PCL was 48pc.

“Last year, 80pc of our clients were domestic. They were looking for family homes in the suburbs. Now that has been flipped on its head and at least half of our buyers are internationals looking in central London,” Ms Dell said.

“It’s Americans, buyers from the Middle-East, and from Africa – people who have made their money in oil and gas, in industries pegged to the US dollar, which are benefiting from the current crisis,” she added.

Yet the jet-set is not necessarily rushing to sign transaction contracts – they are circling.

“People are stockpiling sterling, getting ready to deploy when they have more clarity on the market,” Mr Scarisbrick said.

Ms Carroll said: “I am telling my clients to change their money now and acquire when the market is right.”

She noted buyers with budgets of £14.8m and £7m who exchanged their dollars into sterling.

Wealthy internationals are less dependent on the mortgage market, meaning buyer demand will be a little more shielded from the blow of rising interest rates.

“Prime central London markets tend to be underleveraged and much of the borrowing tends to be more related to tax and structuring,” Mr Marshall said.

But Mr Scarisbrick cautioned that the sector would not be immune to the turmoil of the past week and expectations for big rises in rates.

“They have a great win on the currency, but these people still need to borrow, it is not a pristine moment,” Mr Scarisbrick said.