Parental guidance – the case for help when helping the kids

The challenges of affordability for first-time buyers are forcing parents to play an increasingly large role in the UK property market. Last year, they are estimated to have lent their children more than £6.5 billion to help them buy property – as much as the Yorkshire Building Society, the UK’s ninth biggest lender.

But helping adult children buy property can be fraught – especially if more than one sibling is involved. We have helped 6 clients buy property for their children over the last 12 months, and have a wealth of experience in navigating the challenges involved.

There are a number of tangible benefits to getting a buying agent such as Black Brick involved. The first is that we professionalise the process. By retaining a buying agent, parents can ensure that the search process is thorough, and that prospective properties have been properly assessed.

“We find we provide a sort of insurance policy,” says Black Brick Managing Partner Camilla Dell. “Given the high transaction costs in buying property these days – not least the substantial Stamp Duty involved – buyers can’t afford to get it wrong. Parents can be reassured that, if a buying agent is involved, there will have been a professional evaluation of the market in the general, and of the particular properties selected.”

This ‘professionalisation’ also extends to moving things along. When we acted for the family buying an apartment in the Hoola Building (see below), we completed the whole process – from first meeting to completion – within eight weeks.

“Keeping everyone in the loop and up to speed can be no small challenge,” adds Caspar Harvard-Walls, Black Brick Partner, and having a buying agent involved ensures that tasks don’t fall between cracks, helping to avoid potential disputes as to who is responsible for which tasks, and disagreements as to who put in the most effort.

It is in acting as an honest broker that buying agents can be most valuable, particularly in finding a middle way should the parents and the offsprings’ views diverge on area, or property type.

This can be particularly important if parents are buying for more than one sibling, either for separate properties or if they are going to share a dwelling. “It’s very important to treat siblings fairly, and again it’s useful for a buying agent to step in as an impartial advisor,” adds Dell. For example, our search that resulted in the purchase of the property at Cathles Road hinged upon finding a property with two equally sized bedrooms.

Harvard-Walls adds that, when conducting a search for siblings, it’s important to interview them separately. “You’ll often find that you get different answers on preferences when you talk to siblings separately – it’s important to get a clear sense of exactly what each party wants from the property.”

He adds that it’s also vital to think about the exit when buying a property that siblings will share: “What happens when one of them gets married, or wants to move in with a boyfriend, or moves abroad? It’s really important for families to have a plan in place for the exit.”

Our two acquisitions below this month provide a good example of how we can help families navigate the challenges around buying for children. We were appointed by the father to guide his two sons – both in their early twenties, and working hard with full-time jobs – and offer peace of mind that they would get the best possible deal.

We were very pleased to receive the following testimonial: “I met with a number of companies with a view to purchasing properties for me and my two sons. What impressed me from the beginning was that the Black Brick team worked through our needs in a meticulous way and went about finding our properties in the same manner, as opposed to some ‘nudge nudge, wink wink’ old boys network.

“Tom and Alex understood the nuances of the various locations, never tried to push us in a particular direction against our will and were always conscious of our concerns about potentially fragile state of the confidence in the London property market. They found multiple properties and we have bought two which we’re very happy with. They have been truly excellent.”

Stabilising prices – but potential for a Spring surprise?

The latest market data confirms the trend we’ve seen in recent months of price falls levelling off across Prime Central London. According to figures from JLL, average prices in London were just 0.1% lower at the end of 2017 than 12 months earlier, with the sub-£2 million segment of the market up 1.8% on the year.

And the trend has continued into 2018. Estate agent Knight Frank reported price declines of just 0.7% in the year to the end of January, “evidence that the annual declines recorded over the last 20 months have bottomed out.”

This time last year, the figure was -6.7%. The company also found a growing number of new prospective buyers in the market relative to the number of properties available, which it says “denotes the potential for upwards pressure on pricing”.

It also notes that the market displays “little sense of uniformity,” observing that the upper end of the market, which was hit hardest and earliest by increases in Stamp Duty, is recovering ahead of lower value properties. Its data shows houses valued at £10 million or more registering a modest 0.2% rise in the year to end-January.

“This certainly corresponds with what we’re seeing,” says Dell, “but we would urge caution; any price recovery is likely to be muted at best in the near future. If these relatively positive numbers are due to a lack of supply, they could take a dent in the coming months as it is likely that Spring will see agents bring a lot more property to market.”

Much of that property will, however, not appear in the windows of central London estate agents, notes Harvard Walls. “We think sales that would have been announced with great fanfare a few years ago will likely be marketed privately,” he says. “Vendors and estate agents are wary of having to take a hit on properties that don’t sell quickly, and it’s a very different environment to that of 2014-15. Buyers need to work with well-connected buying agents to make sure they have access to the whole market.”

The right time for a Trophy purchase?

The market may be turning for the higher end of the prime property market in London but, for super-prime properties – those valued at £20 million plus – there are bargains to be had, with some sellers slashing asking prices, particularly for properties being sold by receivers.

One such property is Cresswell House, in the Boltons, which is about to go back on the market for £20.1 million, almost half the price of £37.5 million at which it was marketed in 2016.

“Sellers at every price point, including super-prime, are becoming more realistic,” says Dell. “As we commented on in our February market update, understanding who you are buying from and their motivation for selling is crucial in order to get the best outcome on price. We have noticed an increase in the number of newly developed properties that were on the market for over inflated prices back in 2015/16/17 and which are now in receivership – in other words developers that got their timings wrong and are now suffering the consequences. Now could be an excellent time for buyers at the top end of the market to take advantage of sellers looking to close a deal and receivers looking to get their money back on un-sold properties.”

Knight Frank has identified 18 “development hotspots” around London where it considers there to be the potential for residential development values to outperform the wider market.

Its latest London Development Hotspots report identifies areas where there is scope for development activity, an underlying market undergoing improvements due to infrastructure investment or socio-demographic shifts, and potential for price outperformance over the next few years.

“This is interesting data, but as with any such report from an estate agent, you need to be mindful that they may have some skin in the game, in terms of development projects for which they’ve been retained,” says Dell.

More generally, buyers looking at investments in new-build property should ask themselves a number of questions, she adds. “What makes an area or a development unique? What is the density of development going on, and will I be able to easily let or sell on the property? And what is the premium between existing stock and new build? If it’s very high, you might be waiting a very long time to make any money.

“And the final question is, if people are talking about an area as a ‘hotspot’, does that mean you’ve already missed the boat?” she concludes. 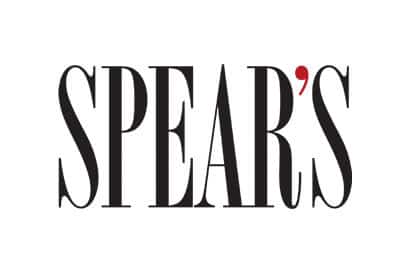 We are delighted to report that Spear’s magazine has named Camilla Dell as one of its top ten London buying advisers. The magazine for high-net-worth individuals described Managing Partner Dell – who has been nominated for property advisor of the year at the Spear’s Property Management awards no fewer than three times – as “outstanding in her field”.

The magazine notes that Stamp Duty rises and political uncertainty have combined to create a tough market in Prime Central London property, meaning that “the leading advisors have had to use all their guile and energy to prosper”.

But, as Dell argues, limited supply and the reluctance of many sellers to publicly market their properties make inside knowledge and good advice invaluable. Rather than offering forecasts on the market in 2018, at Spear’s “we put our faith in the specialised wisdom gleaned from the best in the business. All our chosen few are worth their weight in gold – so perhaps the best bet for now is to be bold and give one a call.” 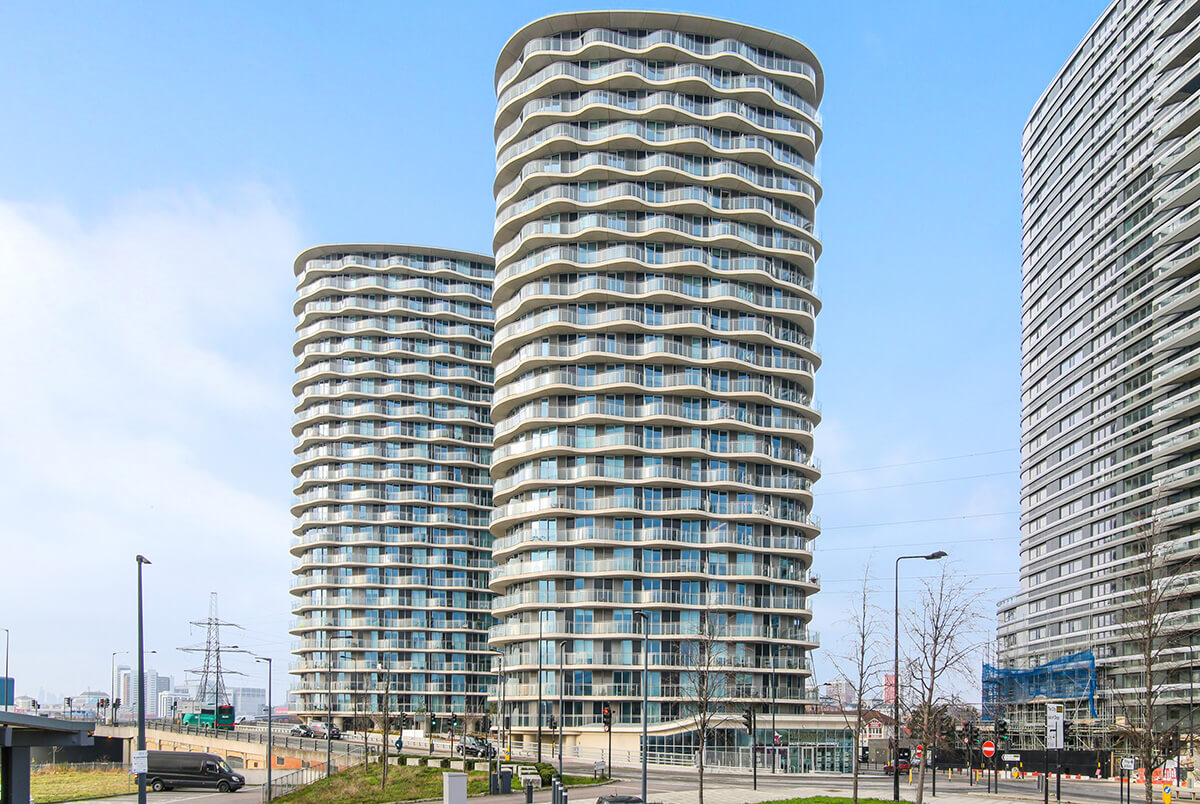 This month’s acquisitions were undertaken on behalf of two brothers in their early 20s, both of whom were helped by their father in taking their first steps onto the property ladder.

The first brother was looking in East London for a property in a new-build development with an onsite gym and concierge, with at least two bedrooms. With a more than full-time job, and without an in depth knowledge of the market or the area, our assistance was required to explore, educate and advise. And, with help in buying from his parents, it was important that the property was a sound investment as well as a safe and suitable place to live.

We were able to secure a stunning two-bedroom apartment, with south-facing views of the river and the City in a new development with the facilities he required. With a new Crossrail station opening only 500 metres, away we are confident that this apartment will not only make a wonderful home but also a sound investment. We negotiated a £40,000 or 6% saving from the asking price, equating to a competitive £693 per square foot.

The second brother, was looking for either a new build property or one in good condition, with at least two bedrooms. Again, we helped educate the buyer on promising areas and properties.

He settled on a new-build two-bed duplex flat, measuring over 1,100 square feet, located less than five minutes walk from the Overground Station in fashionable Dalston. We successfully negotiated £50,000 off the asking price (a 7.1% saving) equating to a competitive £589 per square foot.