Signs of a top-down recovery?

From the peak of the market in 2014, it was at the top of the Prime Central London property where prices fell first, and fastest. Prices in Prime London have dropped by around a fifth since 2014 – and these price falls were exacerbated by changes to Stamp Duty, whose effects were most keenly felt on more expensive properties.

Now, ongoing uncertainty around Brexit is depressing activity, with figures from LonRes showing transactions in prime London at their lowest levels for a decade.

But those headline figures don’t tell the whole story. According to Savills, the number of deals at the super-prime end of the market – for homes worth more than £15 million – rose 43% in 2018 compared with 2017.

“Despite the backdrop of political uncertainty and a less welcoming tax environment, these figures are clear evidence that London remains an attractive place for a growing pool of international high net worth individuals to live and conduct business,” said Lucian Cook, head of residential research at the estate agent.

“There is a strong case to be made that, across Prime London as a whole, the pendulum may have swung too far,” says Caspar Harvard-Walls, Partner at Black Brick. “On the way down, the market was led by price falls at the top, and it’s likely that the recovery will be led from the top as well.”

As noted last month, Prime Central London is looking particularly attractive to dollar-based buyers, who are benefitting from the fall in sterling since the 2016 EU referendum; combined with price declines, a dollar-based buyer would pay nearly 40% less, before changes to Stamp Duty, on a prime London property.

And bargain hunters have certainly been busy. Last month, it emerged that billionaire Ken Griffin, founder of the $28 billion hedge fund Citadel, has paid around £95 million for 3 Carlton Gardens in St James’s – making him a near-neighbour of the Queen. It was originally to be priced at £145 million, but more recently it has been marketed for £125 million.

“It’s a pattern we see in property in London and the wider UK,” says Harvard-Walls. “Where the top end of the market leads, the rest follows. But it certainly shows that buyers of these properties are making a big commitment to London: in tax alone, a £15 million property bought as a second home will cost the buyer £2 million.”

Getting your ducks in a row

Even with the current uncertainty, a lack of supply and pent-up demand means that competition is fierce for good quality properties: once uncertainty begins to lift, that competition will intensify. For those buyers who stand poised to re-enter the market, the ability to move quickly can make the difference between taking an offer over the line – and falling at the first hurdle.

Below, we summarise some of the key issues that prospective buyers could address before they conduct their first viewing:

Tax This is one of the first conversations we have with clients. Who will be buying the property? Will it be in a child’s name? Will the purchase be structured through a corporate vehicle? What will the implications be for inheritance tax? Black Brick has access to leading tax advisors and lawyers who can ensure the transaction dovetails with the buyer’s tax planning.

Finance While some of our clients are able to buy with cash, most use some sort of finance; given current low interest rates, some who can afford not to raise debt still borrow to maintain liquidity, or because debt on a property can be favourable for tax reasons. Final approval from a bank will, of course, be dependent on the particulars of the property in question, but there are ‘onboarding’ and KYC checks that banks can carry out in advance.

Legal Similarly, the legal process can be smoothed by instructing a lawyer ahead of time, allowing them to undertake necessary due diligence processes.

Representation The price offered for a property is the most important consideration for a seller, but it’s not the only one. Vendors will look more favourably on a well-presented buyer, with professional representation, offering reassurance that the process will be well-managed and smoothly run. By working with a representative or buying agent in advance of the search, offers can be made ahead of the competition.

None of the above doesn’t mean we can’t help buyers quickly jump through the necessary hoops if required, but laying the groundwork makes the process smoother, more efficient, and more likely to lead to a successful outcome. 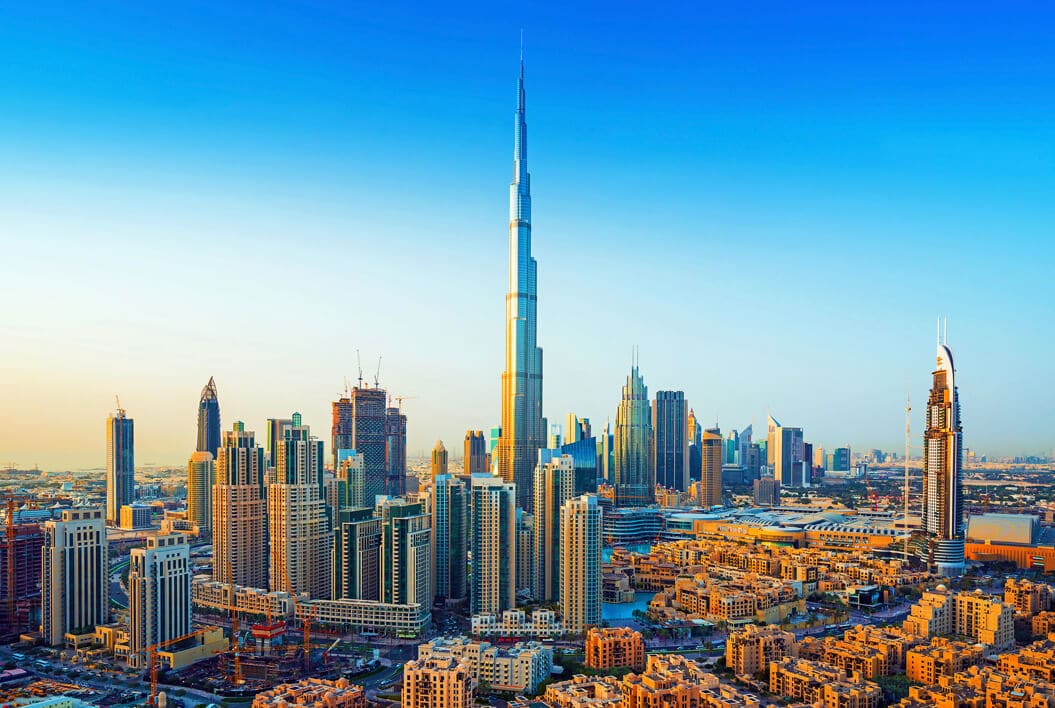 The view from the Gulf

Managing Partner Camilla Dell’s visit to Dubai in January provided a useful reminder that, for all the uncertainty currently hobbling London’s market, issues such as Brexit can appear quite parochial for buyers from other parts of the world.

“Interest in London property was the highest I have seen for the last two years,” says Dell. “Every client or prospective client I met with was interested in buying, even if they already owned real estate assets in the UK.”

The reasons were two-fold: a weak local economy (and property market), and instability – or the fear of instability – in the region. “The mood in Dubai is very negative, in terms of the economy,” says Dell. Residential prices fell 6.9% in 2018, and rental values dropped 7.9%, according to figures from property advisory firm Cavendish Maxwell.

Meanwhile, the dispute with nearby Qatar has raised the spectre of political instability; this, combined with a weak economy in the region, is encouraging ex-pats to pack their bags and head home.

London, by contrast, offers stability, says Dell – and a market where dollars go further than ever. “The feeling is that London is cheaper than it has been in years and good value and that, despite Brexit, is still a safe haven,” says Dell. “The view here is, ‘London will always be London’,” she adds.

It’s a view shared by Hussain Sajwani, Chairman of Dubai’s Damac Properties. He revealed to Bloomberg that his company is looking to invest some £1 billion into London property, and that investment would go ahead even in the event of a no-deal Brexit: “If it was a hard Brexit there will be more opportunities and we would be looking to take advantage of that,” he said, speaking to Bloomberg TV from Davos.

It could be worse: London affordability improves

London is routinely lambasted for the cost of its housing, typically vying with New York, Hong Kong or Monaco for the unwelcome distinction of being the most expensive city in the world to buy property.

However, judged against another metric – affordability – the picture for London buyers is somewhat less grim. According to the 15th edition of the Demographia International Housing Affordability Survey, the UK is merely the 10th least affordable of the 91 major markets tracked. It is pipped, in order, by Hong Kong, Vancouver, Sydney, Melbourne, San Jose, Los Angeles, Auckland, San Francisco and Honolulu.

The survey rates housing affordability using the “Median Multiple”, a measure of the average house price divided by average household income. On that metric, price falls in London and rising wages last year have reduced that figure from 8.5 in the last edition to 8.3 this year.

PrimeResi, the industry publication for the UK’s prime property business, has once again named Black Brick as one of the UK’s leading property acquisition specialists. Buying agents that make it onto the list are described as “the most influential, successful, respected & connected prime residential property acquisition specialists in Britain. Operating right at the heart of the prime property market, but often under the radar, the best acquisition specialists will keep their clients streaks ahead of the competition and well away from costly mistakes; indeed, buyers approaching the current market without expert representation are looking braver by the day”.

We have been ranked number four in PrimeResi’s Britain’s Top 50 Buying Agencies index. The ranking is based on independent research, including a survey of the publication’s membership: “The rankings are qualitative judgements that attempt to measure recent success and business developments, quality of service, influence, innovation, and reputation within the industry; they are not based on company size or quantity of deals done,” PrimeResi says.

“We are delighted to be recognised by PrimeResi for the hard work we put in on behalf of our clients,” says Dell. 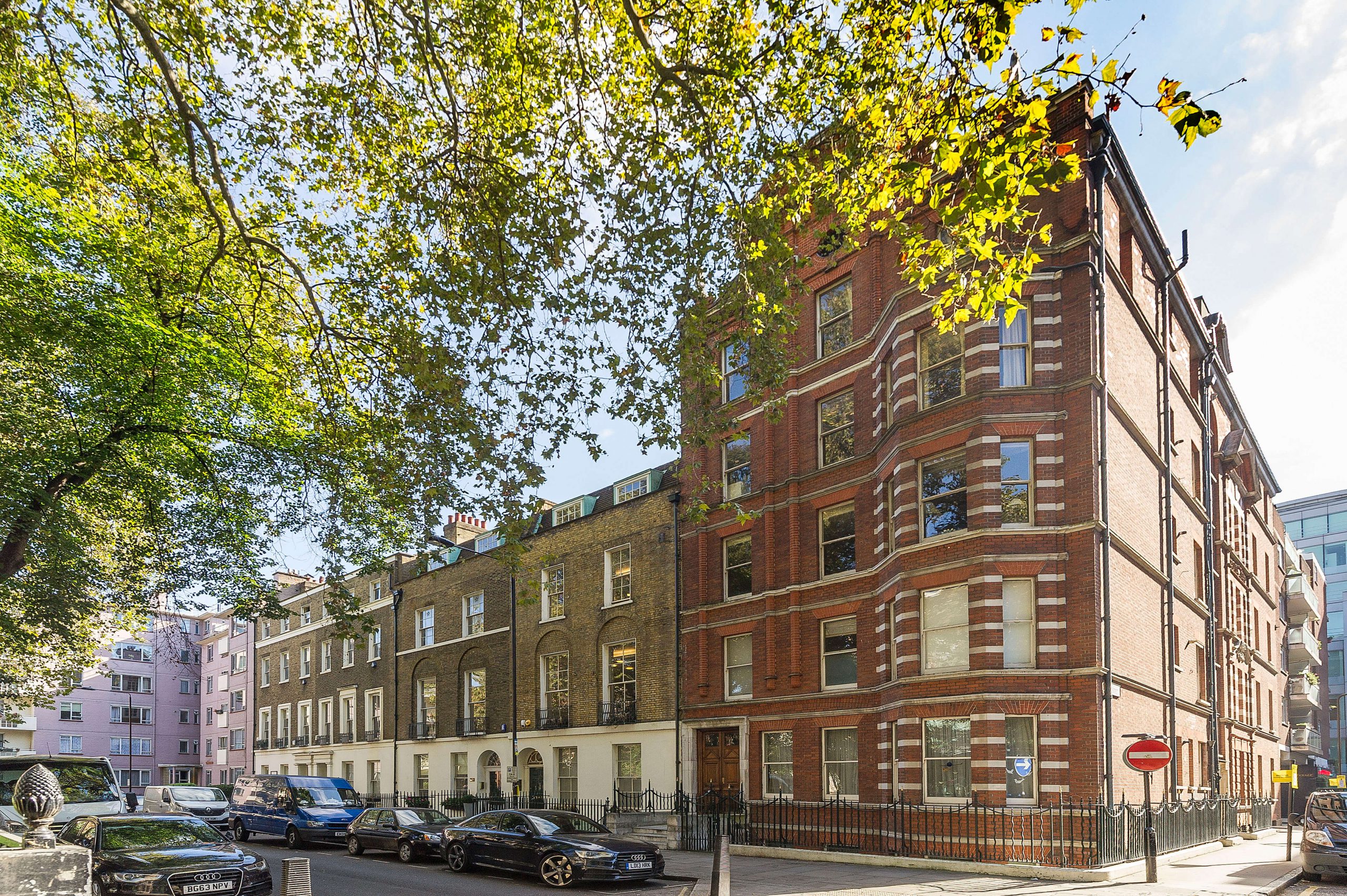 The attraction of London as a safe investment destination is demonstrated by our two stand-out acquisitions this month, both for a Hong Kong-based client looking to invest around £2 million, and with limited knowledge of London’s geography, or the best places to buy in the current market.

We advised them to split the investment across two properties, offering diversification advantages and better rental prospects.

The first property is a newly converted, two-bed, two-bath apartment located on a garden square in Holborn. The property offers good potential yields, due to high demand for rental properties from students and lawyers studying and working in the area. We were able to negotiate £100,000 off the asking price, securing the property for a competitive £1.15 million.

We will be managing the properties on an ongoing basis for the client, providing an end-to-end service from purchase through to management. 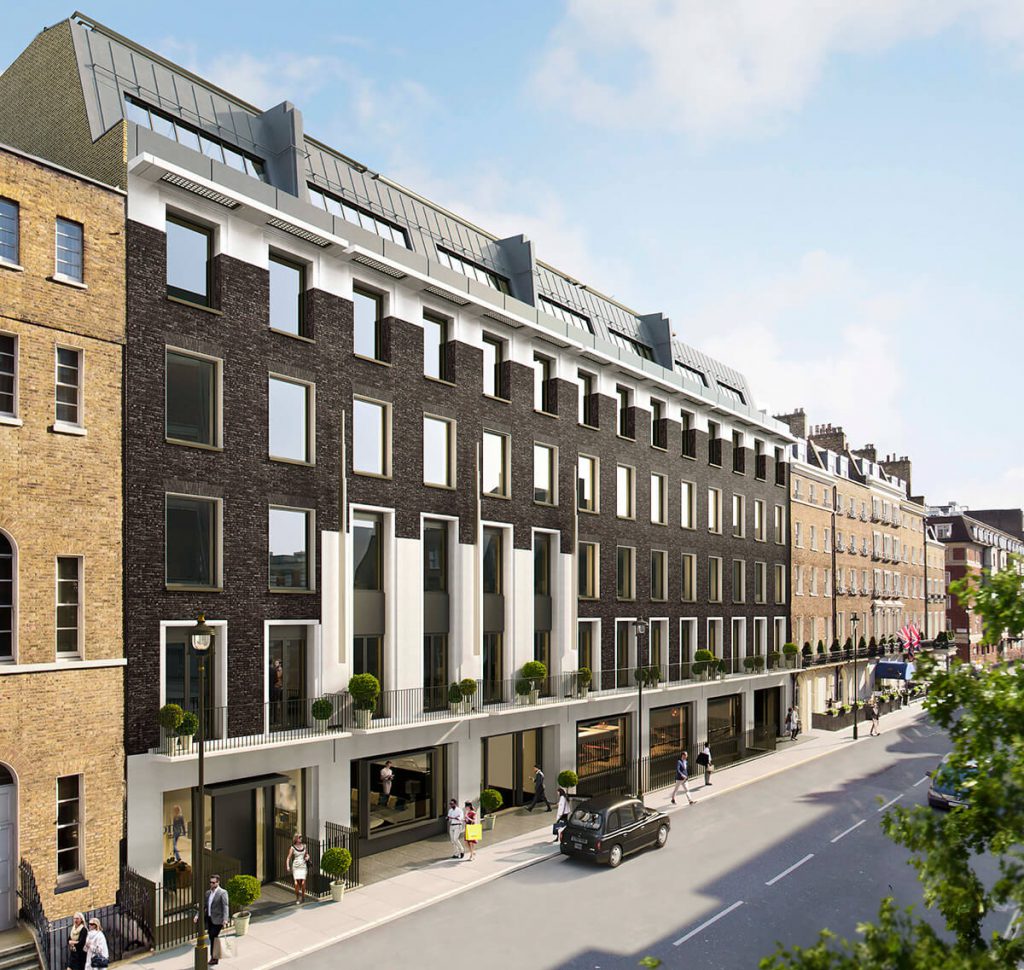 The second property is a new-build one-bedroom flat in a block of only 27 apartments in Marylebone. The building is regarded as one of the highest quality boutique developments to have been completed recently, with all units selling off-plan. The building is finished to a very high standard, and boasts 24-hour security and underground parking.

While the property originally sold for £1.6 million, the buyer failed to complete. Through our contacts, we became aware of the opportunity to purchase at a heavily discounted rate before the property was released back on to the open market. We subsequently agreed the purchase at £1.15 million, a 28% discount from the original contract price.