Bag a bargain in Belgravia 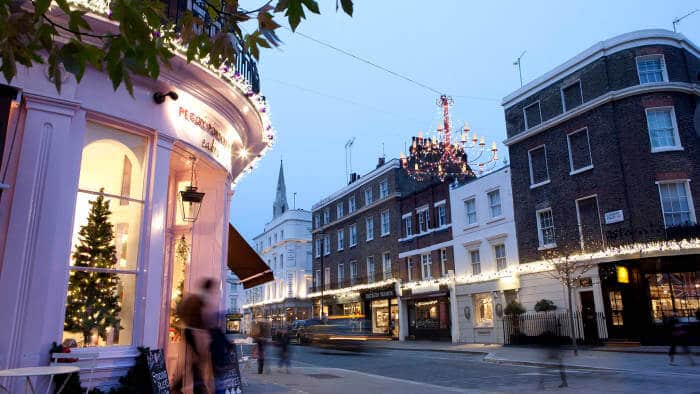 Next month, Elizabeth Street in Belgravia will get dressed up for Christmas. There is a popular Christmas market and, as part of the yuletide festivities, local boutiques will deck their shopfronts with winter finery, baubles and twinkling lights. Local estate agents don’t tend to take part, but as expensive as the offerings in their windows are, they might still offer buyers the chance to pick up a cut-price high-end item this December.

In this part of Belgravia — a super-prime neighbourhood bounded by Knightsbridge, Chelsea and the Queen’s back garden — transactions have been sluggish and prices are 14.5 per cent below their 2014 peak. “Now might be a good time to put in a cheeky offer,” says Camilla Dell of Black Brick. “Christmas can be a great time to buy,” she says, “because a lot of sellers who’ve had their houses on the market [for a while] want to get it done, and start the year afresh.”

In 2014, before stamp duty raised the tax bill on houses priced over £937,500, homes in Belgravia were selling within a few weeks of listing, says Dell. “Fast-forward to today and things are taking 12 months to sell,” she says. “Elizabeth Street is no different, regardless of a fun little Christmas market.”

In fact, the difference in the number of days between listing and exchange may be overstated, with LonRes figures suggesting houses sat on the market an average of 153 days this year, compared with 143 days three years ago. What has undergone greater change is the proportion of properties reducing their prices to encourage a sale: that accounted for 43 per cent this year, compared with 28.6 per cent in 2014, according to LonRes data.

Over the year to September, local prices fell 5.1 per cent, but the market seems to be bottoming out, with Savills recording a modest 0.8 per cent dip in the last quarter. “My sense is that we are near the bottom of the curve in Belgravia,” says Stuart Bailey of Knight Frank’s Belgravia office. “It has taken two years to get here, but some properties in Belgravia are now blatantly good value.” 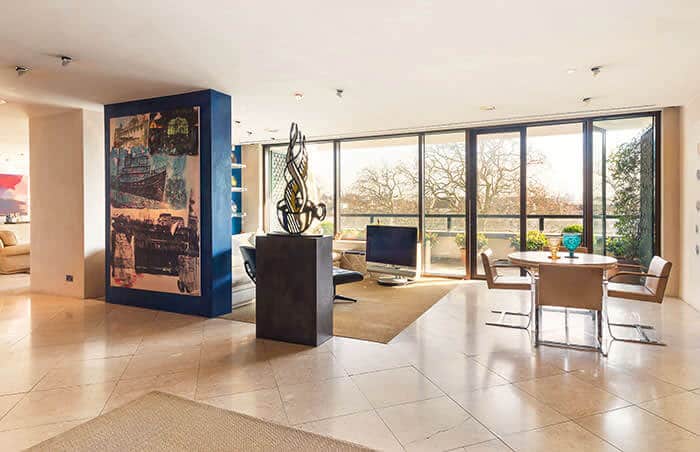 Still blatantly expensive, though: over the past year, the average sale price for a flat in Belgravia has been just under £2m, according to property website Zoopla. Savills’ forecasting also assumes the bottom has been reached, with the agency predicting growth in prime central London of 20.3 per cent to 2022. The number of transactions has been increasing, to 88 in the year to September, from 82 the year before. While that’s some way off the 126 recorded in 2015, even a tentative rise is cause for optimism among agents. Independent property consultant Jeremy Davidson says the total number of transactions may be higher than the recorded figures, because many local homes can be sold off-market. Belgravia is “probably the one area where [such] things happen without too much fanfare”, he says.

Around half of all buyers are from overseas, says Richard Gutteridge, director at Savills’ Sloane Street offices. “Belgravia definitely has taken top spot for overseas family destination, if you have the budget to match,” he says. The grand squares and mansion blocks that characterise Belgravia are the legacy of 19th-century master builder Thomas Cubitt, who developed the neighbourhood on swampland owned by the Grosvenor Estate. At the pub on Elizabeth Street which bears Cubitt’s name, diners tuck into platters of rock oysters for £30 a dozen. A few doors down, Fox Gregory is marketing a three-bedroom house for £6.95m. 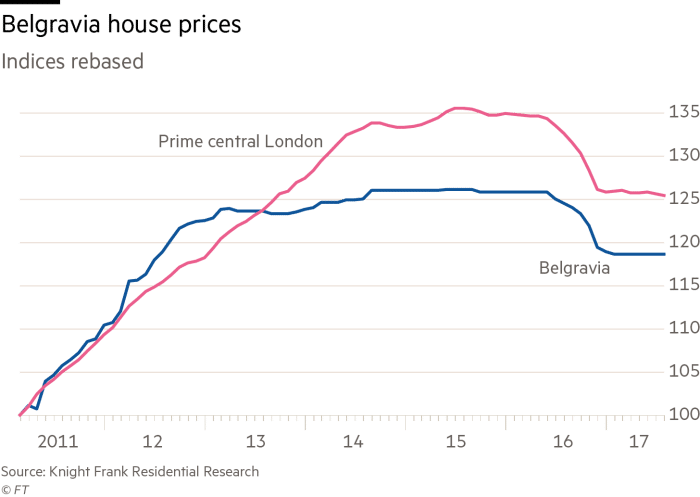 The Grosvenor Estate still manages much of the area, trying to maintain a village ambience in the central London neighbourhood, where 57 per cent of the housing stock is pre-1900. Butlers and Bentleys abound on Eaton Square, one of the UK’s most expensive streets. Houses here average £17m, according to Lloyds. On the square, Strutt & Parker is selling a five-bedroom lateral flat with tennis court access for £27.5m. In the square’s communal gardens, “ball games, bicycles or other noisy activities” are forbidden.

The peace is only disturbed by the low rumble of a Rolls-Royce kicking into life. As well as serenity, the area is highly valued for its security, according to Richard Barber, director of residential agency at LLP. Although the borough of Westminster has London’s highest crime rate, the ward of Knightsbridge and Belgravia sees a vanishing fraction of it. Of 4,192 offences across the borough in January, fewer than 100 occurred in the area.

The average sale price in Knightsbridge and Belgravia was more than £2,000 per sq ft in the year to the end of May Journeys to the City of London take about 18 minutes from Victoria Underground station Elizabeth Street hosts its Christmas market on Sunday, December 3

What you can buy for… 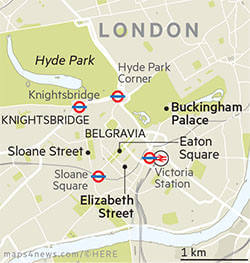