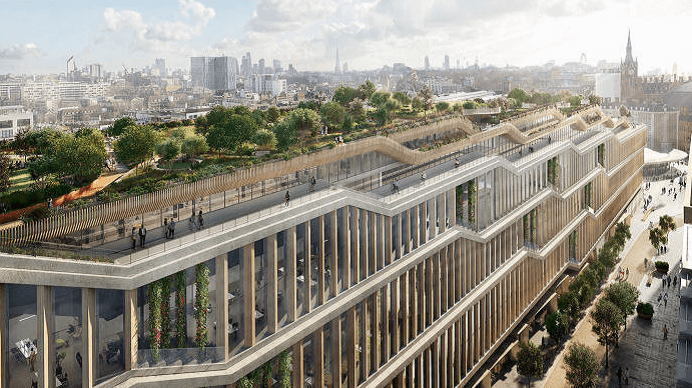 Although estate agents are not usually known for their understatement, following three years of price falls in London’s prime housing market, many have been uncharacteristically cautious about the prospect of short-term growth. In September, the prices of central London’s most expensive homes — those above £5m — had dropped 15 per cent in three years, according to Savills.

This makes a recent forecast from Kay & Co all the more surprising. The estate agent claims that certain pockets of the capital could see “a surge in property prices of up to 60 per cent in five years”, thanks to the expansion of global tech companies.

This year, Facebook took up residence in new headquarters at One Rathbone Square, close to Tottenham Court Road in Fitzrovia, and Snap, parent company of the social media platform Snapchat, signed a decade-long lease on 7-11 Lexington Street in Soho. Google is expanding its presence in nearby King’s Cross, Twitter has established European headquarters in Soho and Instagram has set up shop a short walk away in Covent Garden.

“Tech giants are choosing to move their international headquarters [here], ramping up their investment in the UK,” says Martin Bikhit, Kay & Co managing director. “Fitzrovia is fast becoming a creative tech hub.” Despite a relatively high living cost in London compared with many other tech cities, Kay & Co points to sterling weakness as a lure for companies previously put off by the relocation costs. The agency also cites the strength of London’s universities, the area’s proximity to the City of London financial centre and a recent government pledge to invest £1.9bn in cyber security and a further £1bn in faster broadband.

The limited supply of new homes in Soho, Fitzrovia and King’s Cross — despite the new 2,000-unit development — will cause price rises, says Bikhit. “They’re slap bang in the middle of town; there’s only so much you can do. There is Rathbone Square, and some more boutique developments as well, but you’re not going to have oversupply because of the nature of the area.” At Rathbone Square, a 142-unit development, Savills is selling a two-bedroom penthouse with a roof terrace for £3.39m. Between Fitzrovia and King’s Cross, on Drummond Street, a three-bedroom home is available for £1.25m through Frank Harris & Co.

“Once all the companies are in, it’s too late,” she says. 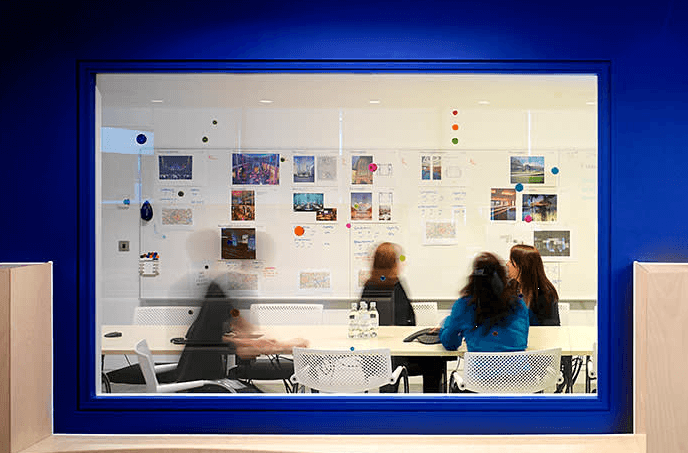 The light and spacious approach to work spaces at Google, London © Getty

Google first announced its move to King’s Cross in 2012; Facebook has had a presence in the capital since 2007; Snap — though making its first foray into London — brings a modest 300 staff.

The average price of a flat in Fitzrovia, Bloomsbury and Soho has grown 52 per cent in the past five years, according to Kay & Co. At £3,177 per square foot, a three-bedroom flat on Soho’s Sherwood Street is bringing the average up. The £5.3m property, for sale through Dexters estate agents, comes with a 24-hour concierge. Over the same five years prices in King’s Cross have grown 48 per cent.

At the start of the millennium King’s Cross had a reputation for drugs and prostitution; today, three-bedroom apartments in the newly-built Plimsoll Building begin at £1.8m.

Despite the price rises, properties in King’s Cross are selling — in the second quarter of 2017, 53.7 per cent of properties sold had been on the market for three months or less, compared with 25.4 per cent for the rest of central London, according to Kay & Co.

Whether properties can maintain that growth and continue to sell is less clear. Savills anticipates prime home values will increase by around 10 per cent over the next five years across some London boroughs. 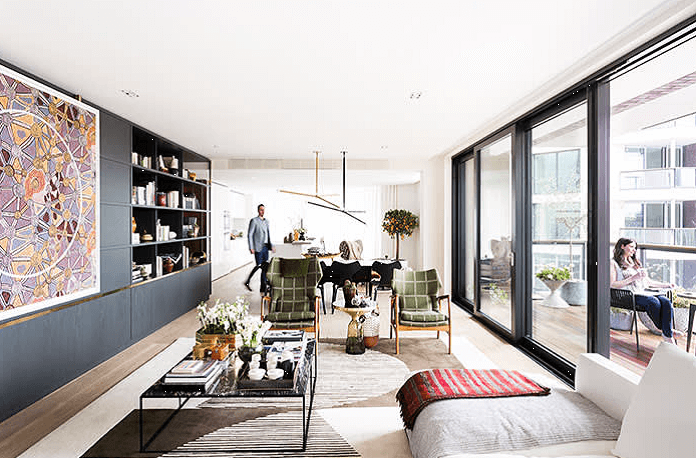 Lucian Cook, head of residential research at Savills, agrees that London’s new arrivals may push values up, but is more circumspect about the extent to which they will do so.

“I suspect that having higher-value employers taking commercial space will underpin prices, but not growth [of 60 per cent]”, he says. The London market is already “pushing the limits” of mortgage affordability.

And affordability is the key issue. In King’s Cross, the average asking price of a two-bedroom flat is just over £1m, according to property website Zoopla.

A 60 per cent increase would take that figure to £1.6m. Glassdoor, the recruitment website, estimates the average base salary of a software engineer at Google to be £61,210 — almost double the median for inner London. This means that by 2022, a pair of young Googlers hoping to settle locally — taking home a combined £135,000 at current rates of growth — would still need a deposit of about £1m to make their mortgage stack up, providing they could get a 4.5 times salary mortgage. Even so, the couple would find King’s Cross more manageable than Soho or Fitzrovia, where prices for a two-bedroom flat already average more than £1.5m. 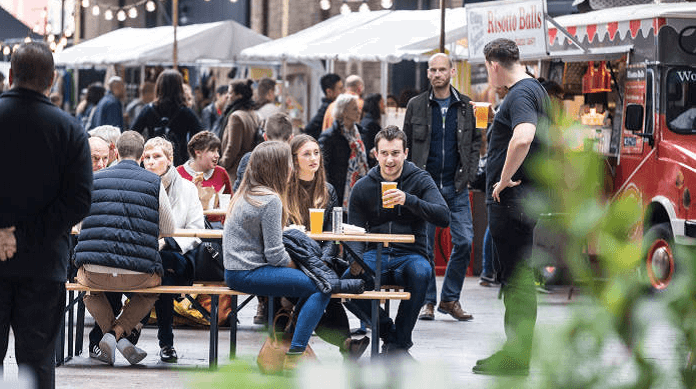 The number of property transactions in London has fallen by 13.5 per cent since the 2014-15 tax year, according to Land Registry data. Many would-be buyers have been deterred by political uncertainty and high stamp duty, says Dell, who thinks the short-term beneficiaries from the new tech arrivals are likely to be landlords looking to rent units out.

Though increased rental demand should put upward pressure on yields, overinflated rents may alienate would-be residents. An example of this can be seen in the area around Silicon Roundabout — another of London’s tech hubs — which encompasses the City, Shoreditch and Angel. It has been home to a cluster of tech enterprises since 2009, with around 45,000 people employed locally.

As tech companies have moved in, local prices have rocketed — by some 124 per cent over 10 years in Hackney — and many people working in the area are now priced out. UHY Hacker Young, the accountants, reported last year that new company registrations in the area were less than 20 per cent of what they had been in 2014, down from 15,620 to 3,070. The firm identified soaring rents as key to the decline.