We are delighted to be included in The Spears 500. which is considered the essential guide to the top private advisers for HNW individuals. If you need to know who should manage your money, take care of your legal affairs, find you a house or protect your family, The Spear’s 500 has the answers.

In a landmark event for the private client world, Spear’s has published the first-ever comprehensive guide to every field which matters to HNWs. The Spear’s 500 covers professionals from the best private bankers, wealth managers, family lawyers and property consultants to the top art, philanthropy, wine and security advisers. We also feature lawyers in fields like immigration, crime and landed estates. 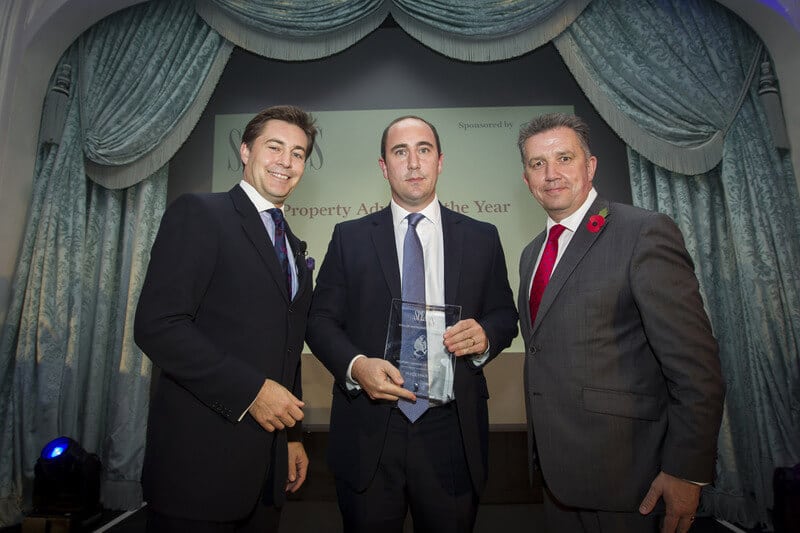 We are absolutely delighted to have been awarded “Property Adviser of the Year” at the prestigious Spear’s Wealth Management Awards, held at The Savoy in London on Tuesday 29th October and presented by CNBC’s Ross Westgate. 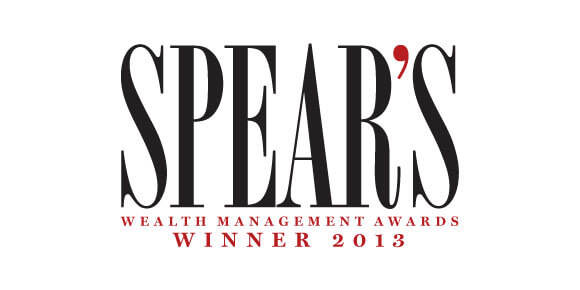 Spear’s Wealth Management Awards celebrate high net worth individuals and wealth managers for their successes, innovations and acumen. The judges described our offering as “the most comprehensive service” and “the go-to for banks,” as well as praising us on our free concierge services.

Competition was stiff, so we are extremely proud to have won this award. We work extremely hard to ensure we offer an exceptional service that goes above and beyond the norm, and winning this award demonstrates our commitment to our clients, as well as recognising the hard work of our team.

The UK is experiencing a sharp increase in the number of HNWs making the move from Eastern countries, particularly China. Chloe Barrow finds out why AS UNATTRACTIVE AS living in the UK may be — the faltering economy, the unpredictable weather, sky-high living costs and seemingly hefty income tax — there is no denying its global popularity as a homemaking destination.

The process of acquiring a British passport, getting on the UK property ladder and settling into life in Britain is usually less complex for the world’s financial elite than for their less wealthy counterparts, as one might expect. However, as is true for everyone regardless of wealth, there are always challenges to be faced when entering a new land.

The majority of visa applicants seek access through family ties, study or work opportunities. However, there is a small selection of individuals who walk through border control without the need for any of these fussy credentials. And how do they prove their eligibility for British citizenship? A spare million in the bank will suffice to secure a position for global high-rollers who have no shortage of cash but wish to experience the benefits of being a UK resident or citizen.‘There are a number of categories through which you can obtain a UK passport via financial means, starting from setting up a business in the country with a minimum of £200,000 right up to a £10 million standalone investment,’ says Asha Thomas, co-director of specialist law firm Global Immigration Solutions. For obvious reasons, the UK specifically welcomes visa applications from those with substantial financial capital, and the tier 1 (investor) visa is aimed at HNWs who are able to invest £1-10 million in the UK’s economy. This route is a popular option for the affluent Chinese. ‘Out of all the investment tier 1 visa applications in the last year, 28 per cent were Chinese and 24 per cent were Russian,’ says Kamal Rahman, head of immigration at law firm Mishcon de Reya. One reason for this high proportion of Chinese tier 1 immigration, Rahman adds, is that it is a much needed ‘plan B’ option for affluent individuals from countries such as China.

‘The UK has always been an attractive destination for those seeking tax efficiency, a cosmopolitan lifestyle and excellent educational opportunities. This is particularly true for Chinese and Russian applicants since they are governed by modern communist regimes which could in theory reclaim assets from their citizens.’

According to Rahman, the reason so many Chinese choose to school their children in the UK is not simply down to the fact that they admire Britain’s educational establishments and facilities, but also to give their young ones the opportunity of settling in the country. ‘While there is no English language requirement for tier 1 applicants like with other general UK visa applications, the ability to speak fluent English is obviously crucial if you are to thrive in the UK,’ he says. Illustration by Vince Fraser (vincefraser.com) WHEN IT COMES to the Chinese, the level of wealth often does not equate at all to the amount of English spoken. This language barrier, says Gary Hersham, director of luxury property specialist Beauchamp Estate, is one of the biggest challenges for Chinese people looking to set up home in the UK.

‘Many affluent Chinese who come to us looking to buy a property haven’t had much of an education, so sometimes the language is an issue. I have received some enquiries for properties written entirely in Mandarin,’ he says. ‘However, these people are clearly good a what they do and have managed to amass a substantial amount of money over the years.’

‘Amass’ is the operative word here, since, unlike the loan-loving Brits, emigrants from the East almost always buy in credit. ‘T he Chinese are not borrowers. On average they’ll spend £3-5 million in cash on a home when they come to us,’ adds Hersham. Also, unlike wealthy British citizens who tend to opt for older, more lived-in properties, the Chinese prefer investing in new developments. ‘Clients from this part of the world usually buy modern properties in central London with plenty of amenities,’ says Hersham. Camilla Dell, managing partner of leading property search and acquisition consultancy Black Brick Property Solutions, whose client base is now 30 per cent Asian, agrees: ‘Asian buyers like to buy “offplan” [before construction has commenced] or new-build properties, as this is what they are familiar with in their own local markets.’ However, not all Asian buyers stick to properties in central London, as Dell reveals, instead exercising their affinity with more Eastern territories within the city. ‘Areas such as Canary Wharf have become extremely popular with Chinese buyers who want to invest in off-plan developments. However, we always advise buyers to be wary of such purchases, which can be located in secondary areas and tend not to perform as well as prime central London properties.’ Another issue facing Far East buyers is the risk of purchasing properties from afar, as demonstrated by the recent case of Hong Kong businessman Mr He, who paid a £35,000 deposit on a fourbedroom apartment in the UK which he believed was a 40-minute walk from central London. In fact it was a 40-minute journey by highspeed train and the £350,000 home was in Lincolnshire, 120 miles away. It is believed that details of the exact location were conveniently omitted, rather than being inaccurate. According to Dell, the Asian wealthy tend to buy residential rather than commercial property in the UK. However, when they do invest in commercial property, the Chinese philosophy seems to be all about safety in numbers. ‘The Chinese often purchase little shops or units with a freehold for the family to run. They then buy more and more until eventually they own the entire street,’ says Hersham, who adds that areas of north-west London such as Brent Cross and Finchley are popular commercial property hubs for the Far East community. However, whether residential or commercial, the Chinese are not entirely motivated by material matters when it comes to buying property. ‘A number of our Chinese and other Asian clients are very superstitious when choosing a home — they often come with a Feng Shui guide on their iPads to ensure the property has positive energy,’ says Hersham. This superstitious approach doesn’t stop at Feng Shui, as Dell points out. ‘Chinese and other Asian buyers will be very particular about house and flat numbers, with the number four being extremely unlucky,’ she says. AS MANY OF these acquisitions are intended for their children to use while studying in the UK, there is perhaps a greater incentive to choose wisely. What’s more, there is a trend emerging for affluent Chinese to combine the benefits of a British education with the value of a tier 1 visa application. ‘Chinese parents are increasingly gifting their children with a million pounds so that when they finish their studies it then takes less time for them to gain residency,’ says Rahman. However, while setting up home in the UK is largely a practical and economical decision for Far East folk, buying a property in London is an aspirational purchase in itself, with or without UK residency. ‘For many, owning a property in London is as much about showing status and having a trophy asset as it is about making a good investment,’ explains Dell.
Serious ‘statement’ purchases are made largely by buyers from Hong Kong rather than the mainland, according to Hersham, who recently sold a £30 million property in the Belgravia area to a Hong Kong client. ‘Until recently, the new wealthy Chinese were only wealthy on paper. Now that they are able to sell shares in their businesses, we will start seeing more and more of these top-end UK property purchases, particularly with an upcoming IPO which is allowing even more cash to be released in the country.’