Holding your nerve in a supply squeeze

The lack of housing supply across UK markets – and especially in Prime Central London – is getting worse, according to new data released recently. The first, form the Royal Institute of Chartered Surveyors, finds average stock on surveyors’ books dropped to a new low, after new instructions fell for the 16th month in a row.

Meanwhile, data from LonRes shows that more than half of central London properties taken off the market this year were withdrawn, rather than sold. This is the first time this has happened since the financial crisis. The research firm notes that, rather than cutting asking prices to find a buyer, vendors are taking their properties off the market instead.

Some of these properties are changing hands privately. As we have noted before, off-market transactions are growing, as vendors often prefer not to advertise a decision to drop prices. In the first half of 2017, almost 40% of our transactions were off market, compared with nearer 25% in the same period last year.

Equally, in a low interest rate environment, fewer vendors are under pressure to sell. With the rental market remaining buoyant, some prefer to let their properties and try again later.

But some of this activity is explained by vendors clinging to un-realistic notions of the value of their property in a flat market – and a market that has, furthermore, been hit by increases in Stamp Duty. This, combined with limited supply, means that buyers need to hold their nerve and not feel bounced into meeting unrealistic asking prices.

“In this kind of market, buyers have to be very careful to ensure that they are buying at the market rate,” advises Caspar Harvard-Walls, a Partner at Black Brick. “In a rising market, overpaying on a property that is going up in value isn’t the end of the world. But when prices are going sideways, and with Stamp Duty costs so high, it can cost you dearly.”

“Our message is, don’t panic,” adds Camilla Dell, Managing Partner at Black Brick. “We work with our clients for as long as it takes to find the right property. And we have unrivalled off-market connections, cultivated over more than a decade with agents, banks, other intermediaries and from simply knocking on doors, that give us access to properties that other buying agents don’t see.”

It’s no secret that recent hikes in Stamp Duty on more expensive properties have had a chilling affect on activity, given that buyers now pay 12% duty on the value of properties above £1.5 million. And, with a report that Stamp Duty is encouraging pensioners, particularly, to hang on to family homes that no longer match their needs, the Chancellor of the Exchequer is under growing pressure to cut the tax.

According to The Telegraph, that pressure is now coming from within the Cabinet. It quotes an unidentified minister saying that it is time that Chancellor Philip Hammond “dealt” with the tax.

It also quotes figures from two studies that say that home sales are 11% lower than they were before Hammond’s predecessor George Osborne reformed Stamp Duty, and that the changes have led to 1,950 fewer sales of properties worth more than £1 million in 2015.

We would be delighted if the government was prepared to revisit the hike in Stamp Duty. Without doubt, it has reduced transaction levels and added considerable friction to the process of buying and selling property. However, the reality is that a cut in rate levied on more expensive properties is highly unlikely.

The fact is that receipts from Stamp Duty are at record highs, with the tax bringing in £11.7 billion in 2016-17, up from £10.7 billion the year before. Increases imposed on buy-to-let and second home acquisitions alone have netted the Treasury £2 billion – twice the amount expected. Fiscally, with the government trying to find cash to ease the worst effects of austerity, tax rises are more likely than tax cuts. Politically, cuts to Stamp Duty on more expensive properties are a non-starter.

Black Brick is proud to be featured in the Chambers High Net Worth 2017 guide, as a professional adviser in the buying agents section of its UK chapter. Chambers, which researches and ranks the world’s top lawyers, last year launched its first guide aimed at the international private wealth market.

The guide will be used by family offices and professional advisers to wealthy individuals, providing objective guidance on an international scale. It is based on independent research, conducted by a dedicated team of private wealth researchers. Our inclusion is another stamp of approval from a trusted and highly regarded source.

The publication launches online and in print on 14 September.

We are delighted to welcome Alex Oliver to the Black Brick team as our newest buying consultant. He joins from Marsh & Parson’s Notting Hill branch, where he was their top performer, and he brings with him almost five years experience in central London’s residential property market. During his career to dater he has sold over £50 million of property, in some of the toughest market conditions.

“I’m confident that Alex will be an enormous asset,” says Dell. “As well as his in-depth knowledge of the markets we cover, he brings top-class negotiating skills and the laser focus on the needs of the client that is the starting point of the service we offer at Black Brick.”

We are also delighted to welcome Kate Abbott who joins as Executive Assistant to Camilla Dell, and we bid a fond farewell to Lauren Porter who is relocating to Australia. Kate previously worked in the education sector as a PA in a London Prep School for an impressive seven years. Prior to that, Kate supported two consultants in an Executive Recruitment firm and then went onto work as a PA for the Head of Marketing at a London Art Gallery. 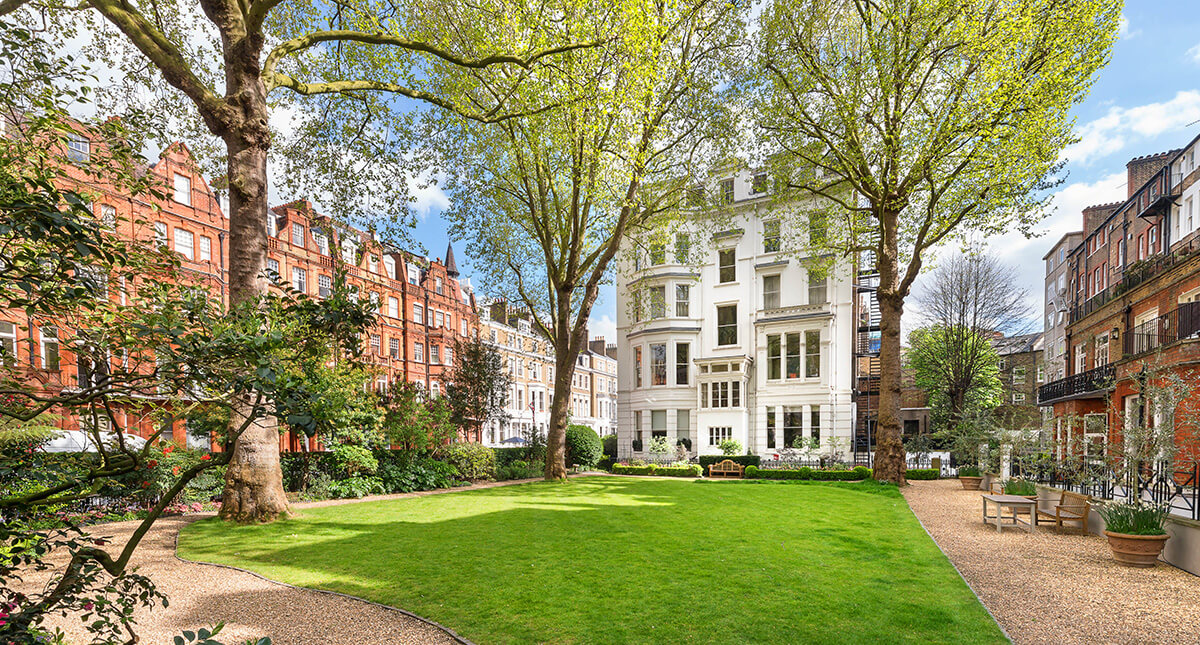 Our mandate was clear: our clients, a Swiss family, were looking for a pied-a-terre with the ‘wow’ factor, in a safe area close to shops, restaurants and transport links.

After an extensive search, we identified this special and rare third-floor flat, with triple aspect views overlooking communal gardens. The flat, which also benefits from direct lift access, has a near perfect layout and is situated in one of the best-run buildings in South Kensington. Importantly, we saved the clients a substantial £255,000 from the asking price, meaning that the £2.895 million they paid equated to just £2,242 per square foot. 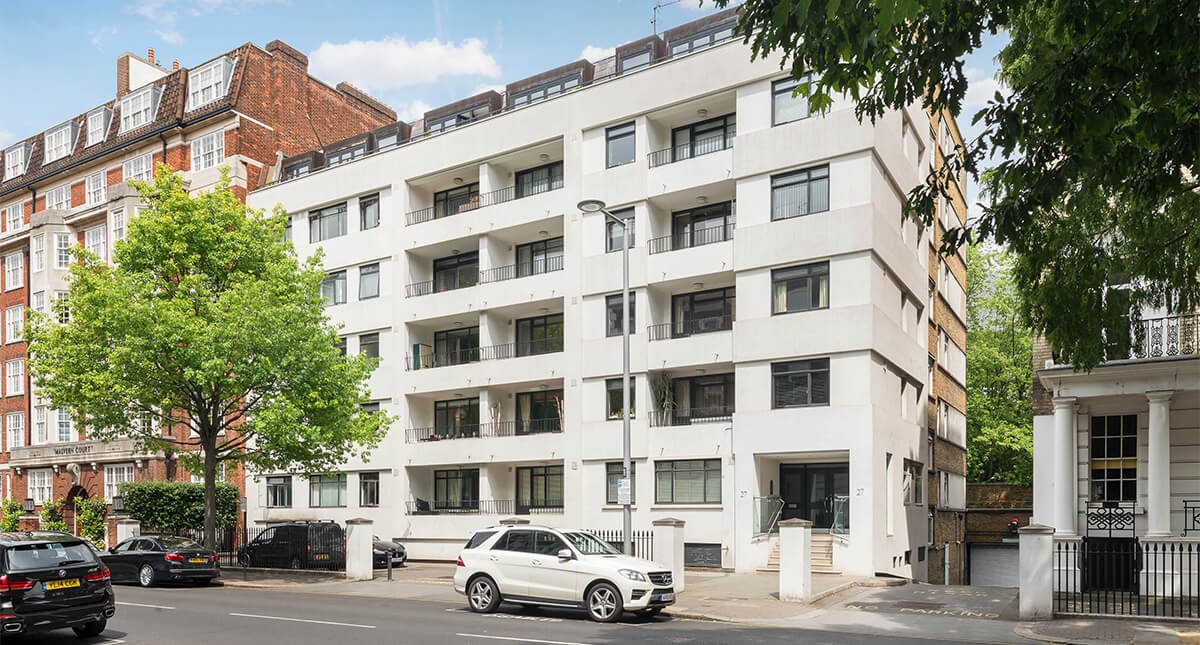 Our clients, Northern Irish ex-pats, were looking for a London pied-a-terre in a central location, with easy access to amenities and transport. They were also looking for a property that was good value for money, with a view to appreciation as a long-term investment.

We successfully sourced a fantastic apartment in the best garden square address in South Kensington for £1.7 million. The spacious two-bedroom apartment, measuring over 1,000 square feet, boasts lift access and a porter. We secured a price of £1,600 per square foot, which compares favourably with properties selling on the same square for as much as £2,800 per square foot in the last 12 months – despite the property being subject to competitive bidding from another party.

In addition, we introduced the client to a trusted building contractor to assist with renovation works, ensuring that the property will be finished to their desired specifications.