Team GB’s sporting triumphs in China last month provided a welcome distraction from the twin miseries of the British summer and the beleaguered UK property market. As Britain’s cycling heroes took the Olympic velodrome by storm and our sailors ruled the waves of Qingdao Bay, closer to home, hopes for a respite from declining UK property prices seemed as hazy as the Beijing skyline. But as the curtain went down on the Chinese games, London’s prospects began to look distinctly brighter – and not just because of the great sporting spectacle it promises to deliver in 2012. The capital captured headlines in August due to the number of property commentators predicting a rapid return to favour for the prime London sectors once the current slump has run its course. 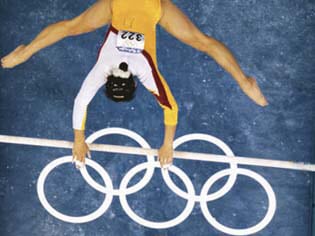 But first, the facts about the current health of the property market. In the past few months, the slowdown experienced in the opening days of 2008 became a fully fledged correction in values. With few signs of a thaw in the frozen UK mortgage markets, worsening economic newsflow and negative sentiment in the financial markets proved a lethal combination for house prices. The Halifax house price index, a much followed barometer for the climate across the industry, noted that house prices fell by 1.7% in July and were 8.8% lower over the year as a whole, as the credit squeeze continued to constrain potential house buyers’ ability to enter the markets. Nationwide’s just-released survey for August demonstrated the extent of the downturn with the news that prices have fallen by 1.9% in August, nearly 10.5% down on the same period last year. The prime London sector also felt the strain. By the end of July, house prices in prime central London had dropped for three consecutive months, by 4.7% in total, while sales volumes in the sector had slowed by nearly 50% compared with the same month in 2007. Price falls of houses valued at under £3 million were largely due to slowing demand from highly paid City workers concerned about future remuneration packages. In line with this, the hardest hit areas of London were those most sought after by City workers, chiefly the prime locations of the west (Kensington, Notting Hill and Holland Park), whereas locations less dependent upon the financial sector, such as St Johns Wood, Hampstead, Chelsea, Knightsbridge and Mayfair, fared less badly.

But it wasn’t all doom and gloom. Several sectors bucked the trend, most notably at the more expensive end of the market where overseas wealth, driven by the ongoing commodities boom and the industrialisation of the emerging economies, has continued to underpin demand for the most exclusive properties. With supply remaining limited, property over £4 million rose by 0.7% in the second quarter, taking year on year growth to 7.5%. Even more impressively, properties in the £10m plus bracket rose by 1% with annual growth in the super prime market now standing at 16.7%. Liam Bailey, Head of Residential Research at property group Knight Frank comments: “The commodities boom is continuing to create vast amounts of wealth for ultra-high net worth individuals around the globe, who still regard London’s most exclusive postcodes as a highly desirable place to live or own property.” But it is not just wealthy foreigners who remain firmly in the picture. According to Bailey, “they are joined by select hedge fund managers whose earnings have scarcely been touched by the credit crunch.”

Elsewhere, key surveys reported marginal improvements, albeit from very low levels. The fall reported by the Halifax index was smaller than the falls reported in the previous two months, while for the third consecutive month, the Royal Institute of Chartered Surveyors (RICS) housing market survey showed fewer surveyors reporting a fall rather than a rise in house prices. RICS also reported an improvement in new buyer enquiries, with 27% more Chartered surveyors reporting a fall than a rise, compared with 50% in May.

But for investors in property, perhaps the most exciting story to emerge from the past few months has been the resurgence of opinion that the prime central London sector will stage a strong recovery. Savills Research point out that values in this area have historically tended to be the first to recover, and recover strongly, once conditions improve, due in part to the tendency of overseas buyers to return to the market once values look attractive. “These buyers help to explain the quick turnaround in the prime central London market after previous recessions,” the property expert comments. And when it arrives, the rebound could be dramatic, as lack of supply coupled with high levels of pent-up demand from buyers who have decided to sit out the current slump is likely put more upward pressure on values in an already fast-paced market. Savills’ conclusions serve as a timely reminder of London’s enduring status as a prime property hotspot and highlight the opportunities available to those who can uncover value in the current market conditions. The team points out that “scarcity in the supply of good quality prime housing in the most desirable locations means that values at the top end look set to rise faster than elsewhere when the upturn comes”. Knight Frank’s Liam Bailey, meanwhile, believes that strength in the super prime sectors bodes well for the broader London property market. “The prospect for both wealth creation and the top end of the residential sector depend on the ability of London to retain its “world city” status beyond the current downturn. The attitude of the international super-rich seems to suggest that this reputation is very much intact”. As athletes and spectators alike pause for breath after a once-in-a-lifetime Beijing show-stopper, investors thinking about London as a potential property investment could well be about to strike Olympic gold.

Camilla Dell, Managing Director of Black Brick Property Solutions comments: “The fall in the London market this year is really beginning to capture the attention of property investors. The current difficult period is by no means over and we can expect to see further declines in most areas outside the very top end of the prime sectors. But industry experts are already debating the timing and shape of a recovery and their predictions that the prime central London sector will lead the way is exciting news for prospective purchasers waiting to enter the market. We believe that the coming months will be notable for the emergence of some really attractive investment opportunities, particularly in the area of ‘distressed property’ as forced sellers appear in greater numbers. Investors looking for the best deals need to be ahead of the game and we are already scouring the market on behalf of a number of interested clients eager not to miss out on a rare entry opportunity.”

Warren Buffet famously advised his shareholders to “look at market fluctuations as your friend rather than your enemy” – a kernel of wisdom from the world’s greatest investor that segues neatly into today’s property market. 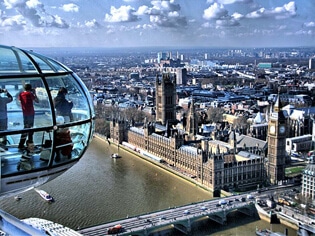 In difficult times, it is easy to forget that the average UK house price today is more than one third higher (34%) than it was just five years ago. It is also easy to lose sight of the fact that the next five years are set to deliver more of the same. A report published last month by the National Housing Federation (NHF) provided a timely reminder of the long term strength of the UK property market by revealing that the average house price in England is set to rise by 25% over the next five years. The survey, researched by independent economists Oxford Economics, forecasts that house prices will begin to recover in 2010 and then rapidly increase from the following year. It also states that whilst demand is growing, supply of new housing is falling. Chief Executive of the NHF, David Orr, commented: “Our report shows that despite concerns about the current housing market downturn, house prices will increase substantially over the mid to long term. Demand for housing is going up, while the supply of new homes is going down. This means that as soon as the economic outlook improves, house prices will resume their previous upward trend.”

This news demonstrates the power of the long term supply dynamic that lies at the heart of the UK market. Nowhere is this more evident than in London, where the availability of high quality family homes in desirable locations remains in short supply. The NHF survey forecasts that the average London house will rise to £408,200 by 2013, representing a 30% rise from today’s levels. This trend is expected by many experts to be magnified in the top end of the markets due to the particular shortage of the most exceptional properties and the high presence of wealthy international purchasers.

Of course, Warren Buffet also said that his favourite holding period was forever. It seems that in London, at least, five years is ample.

We are thrilled to announce the launch of another addition to the Black Brick stable; a Property Management Service that takes care of two key elements of the rental process; protecting the value of the property, and ensuring that the needs of tenants are met throughout the tenancy period. Both aspects are critical factors in a rental property’s ability to maximise its financial potential, particularly in today’s increasingly competitive market where the number of available high quality properties is on the rise. 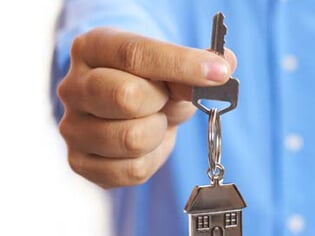 Our new service lets our clients enjoy the benefit of their rental investment without shouldering the demands that come with being a private landlord. We will manage the transfer of utilities, administer recurring outgoings such as service charges, co-ordinate running repairs and maintenance and ensure compliance with the legal responsibilities that come with being a landlord. In addition, we will make bi-annual visits to local properties and act as a single point of contact for tenants, using our extensive network of competitively priced contractors to resolve issues that can prove time consuming and difficult for busy or absent landlords. Importantly, the provision of an efficient management service increases the appeal of a rental property to the highest quality tenants. In a sector where the very best properties will be snapped up by discerning renters, Black Brick’s new service provides a strong foundation for a successful rental investment.

Whilst the property market is having a roller-coaster of a year, the quality of Black Brick’s offering continues its steady upward path. Since the beginning of 2008, we have secured nearly £57 million worth of property for our clients; a year-to-date figure that represents a rise of 86% on last year’s total acquisitions. We continue to source the majority of our property for overseas clients and we are delighted that the average discount we have negotiated off the asking price has risen significantly this year to nearly 10%. With nearly a quarter of our total deals sourced off-market, before they appear on the internet or on an estate agents books, our commitment to uncovering the perfect, hard-to-find property for our clients remains constant, irrespective of the turbulent times.