The latter months of the calendar year are normally witness to a seasonal lull in the UK residential property market – as potential buyers’ thoughts turn to office parties, family gatherings and the important if prosaic prospect of endof year pay and bonus reviews.

Yet not for the first time in 2009, UK house prices in general and London in particular are continuing to buck received wisdom with their resilience and strength. While transaction levels remain well down on pre-credit crunch levels, equity-rich buyers and a shortage of available properties are giving a salutary lesson in the immutable forces of demand and supply.

Indeed, the most recent industry data for the wider UK residential property market quantifies these issues. The Nationwide building society reported a 0.5% rise for the second month in a row in November, albeit that the rolling three month price rise dropped to 2.8% from 3.5% at the end of October. Rival Halifax posted a surprisingly strong 1.5% gain for the month – leaving prices up 4.2% since the start of the year.

These supportive factors also continue to be at their most pronounced in prime central London – a market in which the banks’ on-going reluctance to ease lending criteria is no major hindrance when a significant proportion of buyers do not require any finance at all. Knight Frank recently reported that prime central London prices rose 1.2% in November with the £10m+ bracket posting a market-leading price gain of 1.9%.

A successful year for Black Brick and our clients

At Black Brick we have been enjoying a particularly strong end to the year as our client base continues to expand and diversify. This year we have travelled to visit clients and prospects in Malaysia, Singapore, Hong Kong, Africa, Dubai, Abu Dhabi, Egypt, Lebanon, Sri Lanka, India, and Turkey demonstrating our commitment to developing our international client base.

With prime property in such short supply our strong industry contacts, the ability to source off-market properties and facilitate pre-market viewings are proving a compelling option for many buyers. In an article on the prime market The Sunday Times recently highlighted the many benefits of buying agents like Black Brick, describing them as ‘miracle workers’.

At the time of writing we have successfully acquired in excess of £70m of residential property in London in 2009 for a wide base of domestic and international clients. Despite the fierce competition for properties in the second half of the year our experienced and skilled negotiating team have managed to secure an average of 9.6% off the asking price – something of which we are justifiably proud.

Meanwhile, there have been signs of life in the buy-to-let market, reinforced by more positive media coverage. There were many predictions that the buy-to-let market would evaporate in the UK at the first signs of economic trouble. But, so far at least, these predictions have been wrong. The market is also attracting new entrants who are worried about unquantifiable risk in the equity market and to whom losing money in real terms on bank deposit accounts does not appeal.

In a recent update on the prime rental market, Savills highlighted that rental rates had stabilised for the first time in twelve months as the stock of available properties for rent diminishes. The report also highlighted some particular ‘hotspots’ where rental growth was outperforming the wider prime rental market. Savills report that the most significant rental rises in recent months have been in the North-West London enclaves of Hampstead, Regents Park and St Johns Wood – important information for those considering properties in prime central London for investment purposes, and areas where Black Brick has considerable expertise to help source the best deals.

2009 has, in truth, been better than we dared hope as the year dawned with virtually all asset classes paralysed by the demise of Lehman Brothers. Looking back, what has stood out for us more than anything is the resilience of prime central London property despite material headwinds.

We believe being a tangible asset has been a key attraction to investors. More importantly, prime central London property is rightly recognised as a scarce and unique asset whose scarcity value is protected by prohibitive new build regulation. We believe that these qualities will help underpin prices in the long-term.

The increased interest in property over other classes in the wake of the credit crunch has been highlighted in a recent report from Barclays Wealth in partnership with the Economist magazine’s Economics Intelligence Unit.

The report, entitled “Prospects for Property: On Solid Foundations?”, surveyed more than 2,000 high-net worth individuals globally about their attitudes towards residential and commercial property.

The report’s findings reflect the realities of day-to-day business at Black Brick – that wealthy investors globally want to increase their exposure to property, attracted by the belief that property has better long-term prospects than other asset classes and by the perception of attractive valuations following the recent falls. International views are consistent in the report, with investors from nine of the ten countries questioned in the survey expecting to increase their allocation to property in the next two years. The UK is considered the most popular place to invest behind the US and China.

The growth in international enquiry levels in numerical and geographical terms has been one of the features of 2009. It is a trend we expect to continue in 2010. There has been a marked pick up in enquiries from India in recent months – no surprise as the country’s inexorable economic transformation creates a new class of super wealthy.

Given the strong historical and cultural links between the UK and India, we believe India will be an increasing part of our business in the coming years. A recent report by Merrill Lynch Wealth Management and CapGemini said the number of High Net Worth Individuals will triple in India in the next decade.

Black Brick’s Managing Partner, Camilla Dell, was recently in India to talk about the outlook for the UK property market, potential opportunities and efficient ways for Indian buyers to invest. She was there as a guest of Jersey Finance – a non-profit making organisation whose key objective is to promote and develop the benefits of Jersey as an international finance centre. 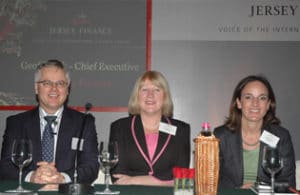 The table below highlights forecasts for 2010 from some of the industry’s leading names.

Recent UK house price moves have been based on low transaction volumes and with an unusually low proportion of buyers requiring new or any finance. These are not ‘normal’ conditions – making forecasts based on this data all the more difficult. Nonetheless, at Black Brick we are keen to draw on our experience and share our view with clients and prospects alike.

We would certainly side with the more cautious of the forecasts above – particularly in light of the UK government’s one-off tax on City bonuses announced in the recent pre-Budget report. Though ‘less worse’ than before, Western economies are still fragile and prone to shocks. With unemployment likely to rise, higher taxes looming, lending conditions likely to remain difficult and the uncertainty of a general election around the corner it is extremely hard to make a case for the current positive price trend to be sustained into and throughout 2010.

There are other reasons to approach the coming year with caution. While we make no claim to currency or equity expertise, the scale of support to prime central London property prices from a weak pound and the confidence engendered by a sharply rising stockmarket are unlikely to be repeated in 2010. Moreover, should transaction levels return to historic norms the increase in supply is highly likely to curb price inflation. Therefore while we don’t act on behalf of sellers, we would urge anyone who is contemplating selling to do so now while market dynamics remain so overwhelmingly in the seller’s favour.

Finally, we would like to thank all our clients for their business in 2009 – and wish all readers of this newsletter the very best in the coming year. We look forward to helping you achieve your property aspirations in 2010.