Whatever the woes of the economy, London still retains the power to persuade the world’s wealthiest individuals to part with their cash in return for bricks and mortar.

Why house prices are heating up in London’s elite postcodes

With oil going up and the pound going down, wealthy buyers are feeling flush in the capital 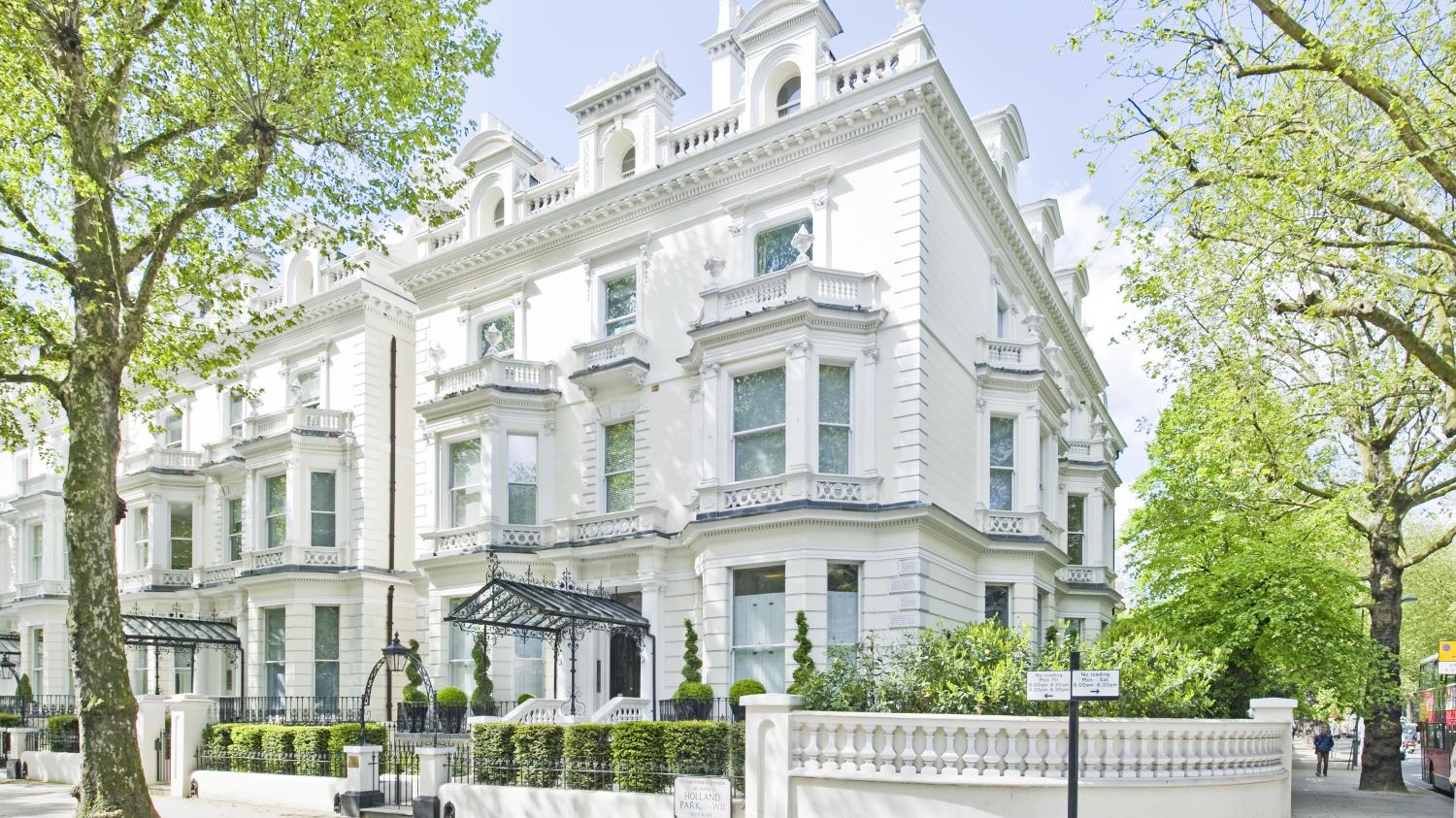 Whatever the woes of the economy, London still retains the power to persuade the world’s wealthiest individuals to part with their cash in return for bricks and mortar. The global super-rich — the oligarchs and sheikhs, industry magnates and tech billionaires — are back post-pandemic, outbidding each other to own a trophy home in the capital.

The wealthy Hariri family, a business and political dynasty that has produced two Lebanese prime ministers, sold their five-bedroom, 6,500 sq ft Knightsbridge home close to Harrods last week to a Lebanese tycoon for just under £20 million, and are now believed to be looking for an even larger base in London. Gary Hersham, founder and director of Beauchamp Estates, who sold the property, says: “We have seen a flurry of deals for London properties priced over £15 million. As international flights resume we are seeing the return of wealthy international buyers.”

It wasn’t the only super-prime deal in London last week: a family home in Hampstead, north London, was sold to another Middle Eastern buyer, also for just under £20 million. “It’s the first Middle Eastern sale at that price point I’ve done in a while,” Marc Schneiderman, director of Arlington Residential, a prime London estate agency, admits.

Both sales are a sign that as the schools in the Gulf break for summer and Middle Eastern families make their way to London for the holidays, they are keen to indulge in the activities they have missed during the pandemic — including shopping. Many come buoyed by profits from the booming oil and gas markets and the strength of the dollar against the pound.

“Anyone working in oil and gas seems quite interested in the London property market — I have a few Nigerian clients and inquiries from Africa, the Middle East and the United States. Oil is up, the pound is down, so London property will benefit from these buyers feeling much wealthier,” says Camilla Dell, managing partner of Black Brick, a buying agency.

International buyers are back

London’s summer season is back, after a two-year hiatus, kicked off by the Summer Exhibition at the Royal Academy. Spectators sip Pimm’s to cool down at the Queen’s Club tennis championships and exhibitors are polishing up their antiquities in readiness for the annual Masterpiece arts fair in Chelsea.

“People are going out, restaurants are packed and there is a feeling that everything is coming back to life — and that includes the London property market,” says Peter Bevan, co-head of central London’s residential desk for Savills.

Sales were driven by wealthy British-based buyers during the pandemic and they remain the driving force in the market — there are 177 billionaires in the country, according to The Sunday Times Rich List, and many more multimillionaires.

However, international investors are beginning to return, bar the Russians who are stymied by international sanctions over the war in Ukraine. Bevan says Savills’s office in Dubai reports that several wealthy Middle Eastern buyers are planning to come to London this summer to invest. Others report that rich Chinese and Hong Kong parents are back buying flats for their children ready for the start of the next academic year.

Hersham says that since the start of 2022 there has been a wave of deals for London homes priced above £10 million to foreign buyers in Knightsbridge, St John’s Wood, Kensington, Belgravia and Chelsea. Ashley Wilsdon, head of London buying at Middleton Advisors, is also seeing more big deals than before: “I’ve been out looking at large lateral apartments in Knightsbridge and Mayfair for between £3 million and £10 million with clients from the Middle East and Far East, and it’s been a while since I’ve done that,” Wilsdon says.

The agents — whose commission at the very top end of the market is 0.5 to 3 per cent — have to prove their worth. Often they are required to sign non-disclosure agreements, and after an instruction, it has been known for an estate agent to receive a legal letter warning that the seller reserves the right to sue if anything goes wrong during the sale. It is a high-stakes, high-reward business. 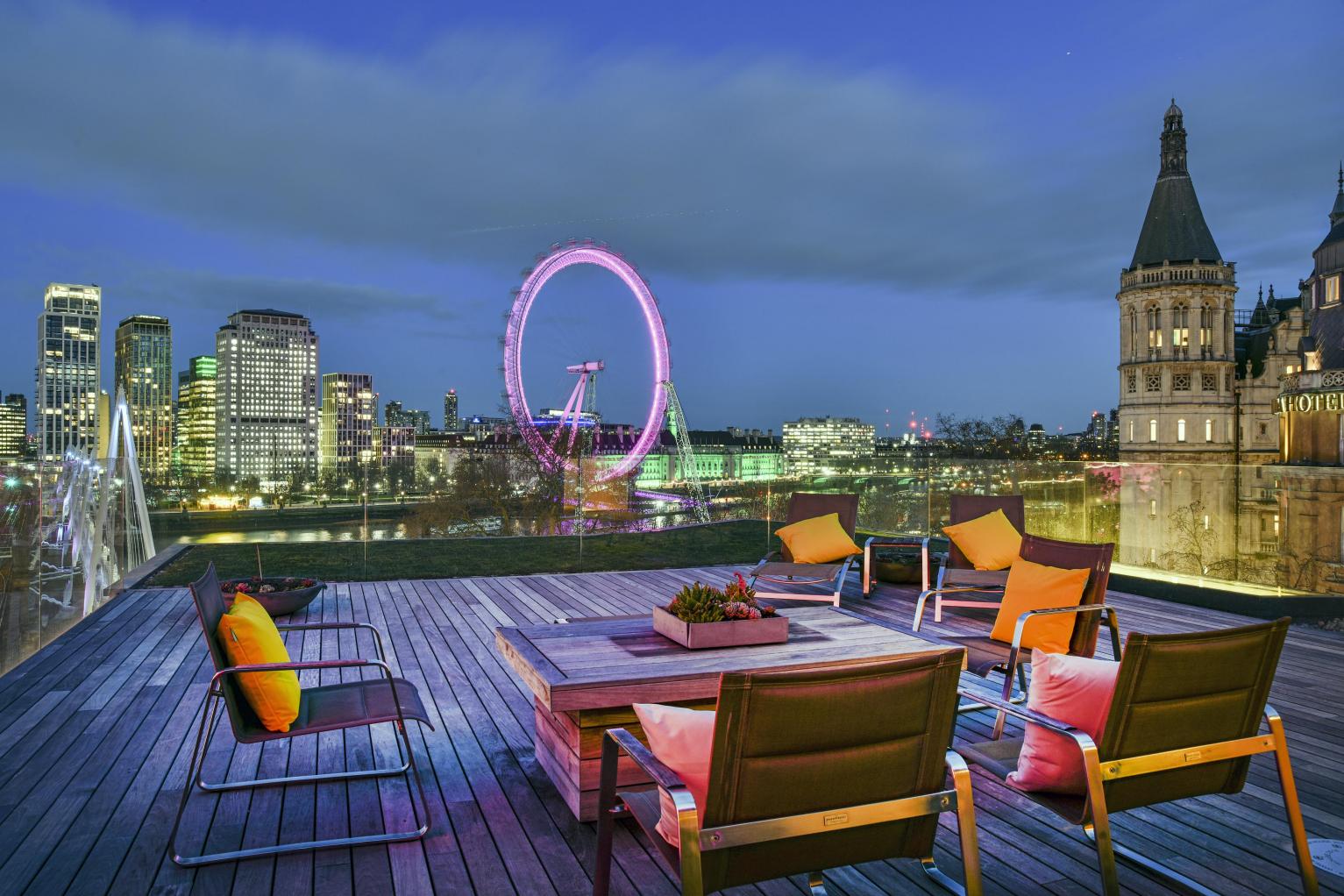 For estate agents to get a foot in the door with the wealthiest buyers requires getting past a legion of gatekeepers: estate managers, private bankers, wealth advisers, lawyers and buying agents. Estate agents have been known to woo an entourage with invitations to weekend shoots or dinners in Michelin-starred restaurants.

Not everyone is feeling flush though: “My clients in private equity are extremely downbeat about the world particularly in the last few weeks with trillions wiped off the [stock] markets. They’re feeling much, much poorer and those who had their money in crypto [currency] are probably finished,” Dell adds.

The Bank of England raised its base interest rate to 1.25 per cent last week on the expectation that inflation could exceed 11 per cent by the autumn — it stands at just below 8 per cent with an update due this Wednesday.

While most in the property market blithely remark that buyers in the prime markets are “immune” to such trifles as a rise in interest rates, Louis Harding, head of London residential sales for Strutt & Parker estate agency, points out that many are old enough to remember that rates were 5 per cent before the global financial crash and 13-14 per cent in the late 1980s and early 1990s. “They’re sensible about the fact we are in a period of normalisation,” Harding says.

“It’s wrong to say that the wealthy aren’t influenced by interest rates — most can afford to buy in cash but will take out as much in mortgages as they can because money is cheap,” says Mark Wells, chief executive of Invisible Homes, an off-market property platform. Schneiderman adds that he doesn’t think that wealthy buyers will be troubled by interest rate rises until the base rate hits 5 per cent; although the highest rate that even the most gloomy economists expect the Bank of England to go is 3 per cent.

Sales might be funded by putting up other homes, businesses or even yachts as collateral against loans. The paperwork is sophisticated and aimed at ensuring privacy. All buyers, though, are subject to stringent anti-money laundering checks, and any agent found to be involved in a sale with someone subject to sanctions faces a possible prison sentence and a hefty fine.

Flats are back, but we prefer houses now

“The sweet spot is houses in Notting Hill and Kensington between £5 million and £10 million. If I had a property for around £8 million then I’d have 20-30 viewings within 2-3 days and in a lot of cases it would go to sealed bids and sell for over the asking price,” Harding says. Much of this demand is fuelled by British-based buyers who work in the City or have inherited family wealth.

The house markets in Marylebone, Regent’s Park and St John’s Wood are strong but also making a return are the pied-à-terre markets in Knightsbridge, Westminster and further afield as British buyers look to enjoy the return of the London social scene. “The flat market is coming back, with people looking for pieds-à-terre near the theatres or village hubs, such as Marylebone, Belsize Park, Islington, Kensington, Westbourne Grove and Elizabeth Street [in Belgravia]. It’s less that people regret leaving London and more that they want to come into town and have the best of both worlds,” Bevan says.

Encapsulating the desire for flats and turn-key properties — buyers are aware of the rising cost of building materials and the shortage of tradespeople — are sales at 80 Holland Park, Christian Candy’s latest endeavour. The super-prime development, which is mostly flats, has just three out of the 25 homes still available to buy. The contemporary homes on the edge of the park were sold mainly to British-based buyers, many local residents — with penthouses selling for £10 million-plus.

What next for prime central London?

During the pandemic, when many people left the city and headed to the country in search of space and a more relaxed lifestyle, property prices in London remained subdued while those elsewhere soared. In March, London house prices clocked an annual price rise of 4.8 per cent against 9.8 per cent across the UK, with some regions such as the East Midlands experiencing more than 12 per cent growth, according to the Office for National Statistics.

“Prime central London is coming off the back of a wretched few years and we are still not back to where we were at the top of the market in 2014,” Harding says. Data from LonRes, prime London property analysts, shows that in May transactions were 11.5 per cent ahead of a year ago and prices up by just under 9 per cent.

The estate agency is optimistic about the prime central market’s prospects and predicts a 6 per cent rise in prices next year and 22 per cent from 2022-2026. Savills is slightly bolder, predicting just under 24 per cent growth over the same time period.

Agents say that many of the top-end deals continue to be off-market (not openly advertised) although some of these are simply the result of being sold quickly by agents armed with black books stuffed with buyers ready and waiting to snap up the right property when it comes along. Others are sold secretly because the buyer or seller doesn’t want publicity or a digital record of the sale — particularly if, whisper it, the price has to be reduced.

There is more choice for buyers though: “Supply is finally picking up, the number of new sales instructions in May was the sixth-highest figure in ten years,” according to Tom Bill, head of residential research for Knight Frank. Although Alex Woodleigh-Smith, of the buying agency AWS Prime, asks: “The question is: once the buyers in the market have bought, are we going to have new buyers coming into the market to replace them?”