I actually almost moved to Canary Wharf about six years ago, but I felt, at the time, that the neighbourhood was still not quite there yet and was too quiet at the weekends. Now it’s buzzing,” says Dan Bull, a 33-year-old entrepreneur who recently moved into a two-bedroom flat in the east London neighbourhood.

By Melissa York and Emanuele Midolo.

I actually almost moved to Canary Wharf about six years ago, but I felt, at the time, that the neighbourhood was still not quite there yet and was too quiet at the weekends. Now it’s buzzing,” says Dan Bull, a 33-year-old entrepreneur who recently moved into a two-bedroom flat in the east London neighbourhood.

The property market in the high-rise financial district was once the preserve of City workers and overseas investors. Today, though, international buyers — deterred by coronavirus restrictions, and political and economic upheaval in the wake of the Ukraine war — and City workers, who have shifted to WFH, have been replaced by British first-time buyers and families. It is a shift that is reshaping neighbourhoods across the capital, with the share of homes sold to overseas purchasers in Greater London at an eight-year low, according to Hamptons estate agency.

“First-time buyers are the predominant group of buyers now,” says Joseph Bate, sales manager at Johns & Co, an estate agency in Canary Wharf. “The reason for that is because their rents have been pushed up massively and they realise they would spend less on a mortgage.”

Until recently, Bate’s business catered to investors from Hong Kong and mainland China. Now, however, the market has shifted to domestic buyers. The sweet spot is “anything up to £600,000” — which will buy you “an amazing top floor studio” or “a one-bedroom” flat in a new-build development. In older blocks you can get “a decent two-bedroom flat” for the same price.

“There is a misconception about Canary Wharf that the only people who live here work in the area and that it’s dead over the weekend,” Bate says. “But there are a lot of people who live here because they like it. They want to be safe, in a clean, nice new development, next to the river.”

Bull, who has bought a two-bedroom flat in the Wardian development (two skyscrapers built by EcoWorld Ballymore), agrees: “I think there’s something exciting about living somewhere where there’s a lot of change happening very fast . . . I think Covid also fast-tracked diversification and saw a shift away from it being seen as just a finance hub. We have musicians, actors, ecommerce entrepreneurs, lawyers and health professionals, with the odd banker thrown in for good measure. It’s also refreshing to see that although there are a lot of young professionals, we also have some families, retirees and characters of the world.”

Bull, who is the managing director of the Espresso Room and Lockdown Room, a coffee bar and event space respectively, says that “after a long time renting and moving around” he finally feels “lucky” to have bought this flat and made it his first “real home.”

Property prices rose just 0.4 per cent last year in Canary Wharf, data from the estate agency Foxtons shows. As a consequence, UK first-time buyers who previously rented in southwest London have been moving east, according to Liza-Jane Kelly, director of Savills’ prime London market sales team. House prices across London rose by an average of 8.1 per cent in the 12 months to February, compared to a UK average of 10.9 per cent.

“Flats are where bargains can be found,” says Roarie Scarisbrick, a partner at the buying agency Property Vision. “Some areas such as Mayfair, Knightsbridge and Belgravia are looking relatively good value. There are loads of flats there.”

The property portals are littered with reduced-price flats in these prime central London neighbourhoods, areas once popular with foreign buyers and international students: a one-bedroom flat in a period mansion block in Mayfair reduced by £75,000 to £850,000; a two-bedroom period flat in Knightsbridge down £55,000 to £725,000 or £50,000 off a £1.2 million one-bedroom flat on swanky Sloane Street in Knightsbridge.

Flat prices are subdued because of a lack of competition from international buyers, the post-Covid desire for outside space and, in some buildings, the ongoing cladding scandal. In prime buy-to-let spots like Canary Wharf and traditional prime central London neighbourhoods it is the dearth of international buyers which is hitting hardest, despite agents reporting that City workers, who moved out to the country during the pandemic, are returning to buy pieds-à-terre. 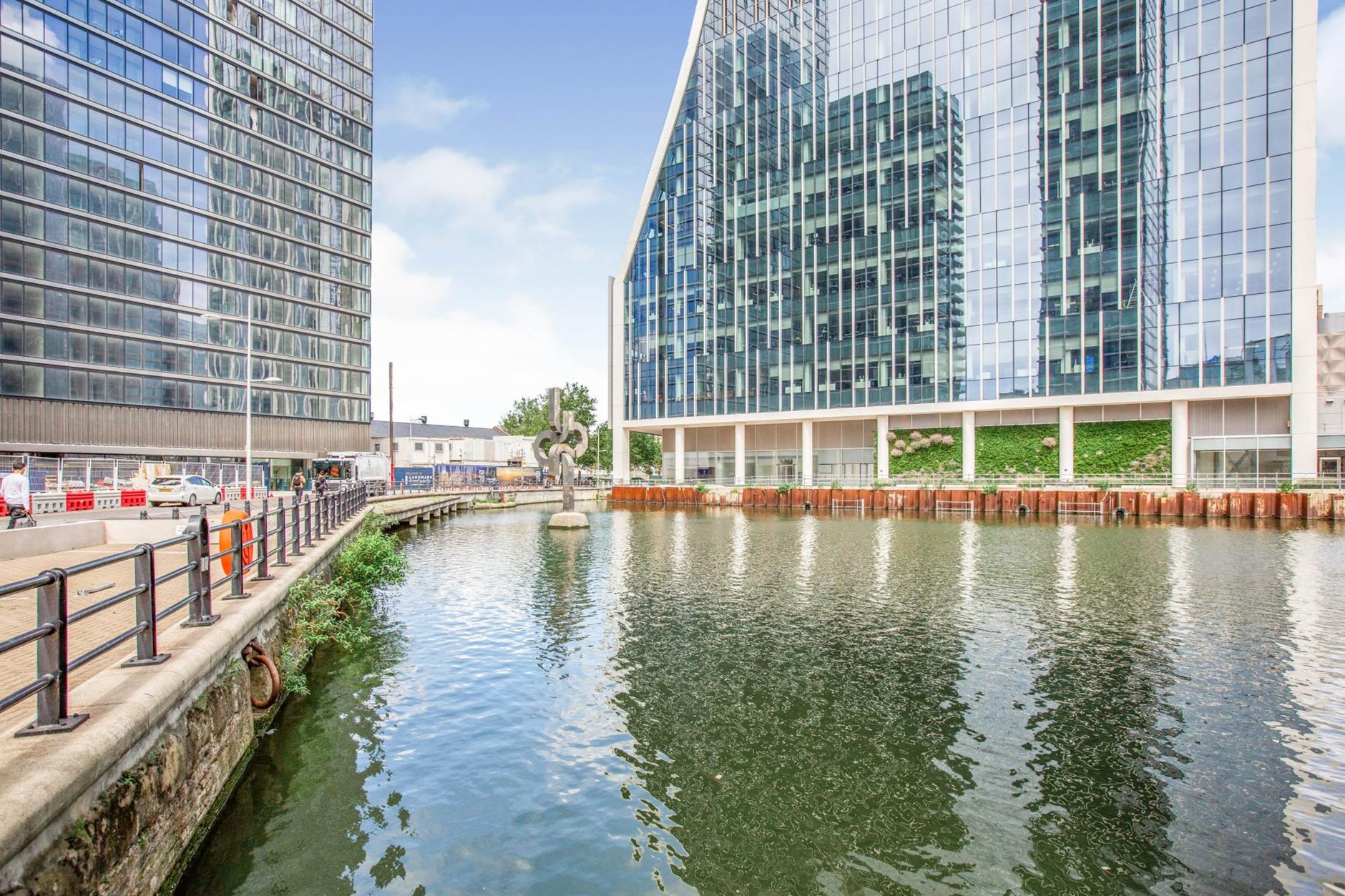 A 2 bedroom apartment on the 7th floor of this modern development in the heart of Canary Wharf is on sale for offers in excess of £500,000.

Last year agents predicted that international buyers would return in 2022 but that was before another wave of lockdowns in Asia and Russia’s invasion of Ukraine. “For various reasons it’s been more a trickle than a wave,” says Scarisbrick. “The international parts of the market are definitely not firing all cylinders.”

Knight Frank doesn’t expect international purchases to return to pre-pandemic levels in central London until next year. “That is later than we previously anticipated and reflects how there is unlikely to be a single moment when overseas demand normalises,” says Tom Bill, head of Knight Frank’s UK residential research. “Instead the process will be more gradual and erratic as different countries deal with Covid in different ways.” When overseas buyers do return, Bill predicts property prices in central London could increase by 6 per cent.

Typically, home buyers from countries like China, Malaysia and Singapore have preferred high-rise new-builds. As those nationalities were (and mostly still are) not allowed to travel, hotspots where the skyline is filled with residential towers — prime buy-to-let postcodes for Asian investors — are sluggish. In Nine Elms, Vauxhall, Borough and Kennington, all in south London, property values fell 1.5 per cent last year, according to LonRes, a property data company.

Middle Eastern buyers are staying away too, buying 7 per cent of properties sold in central London last year — that’s down from 11 per cent in 2019, according to Hamptons. “I think we will see a lot of Middle Eastern buyers coming back after Ramadan,” says Camilla Dell, founder of buying agency Black Brick, “Maybe there is hesitation. What could be putting them off? Boris Johnson! There is potential for political turbulence looming . . .”

Mark Pollack, co-founder of the London estate agency Aston Chase, adds that the Middle East is “probably more closely aligned to Russia” than the west. “The suggestion is that there is a little bit of concern, a bit of fear that, in the same way the UK government has changed towards Russia overnight, things could change very quickly towards them as well.”

The only overseas buyers snapping up London properties with gusto are Americans. The main reason for this, other than the opening of US-UK borders, is the strength of the US dollar. Analysis from property consultancy JLL shows that currency fluctuations mean that while sterling buyers are paying 76 per cent more for a new-build home than they did 10 years ago, euro buyers are paying 75 per cent more and US dollar buyers 53 per cent more. 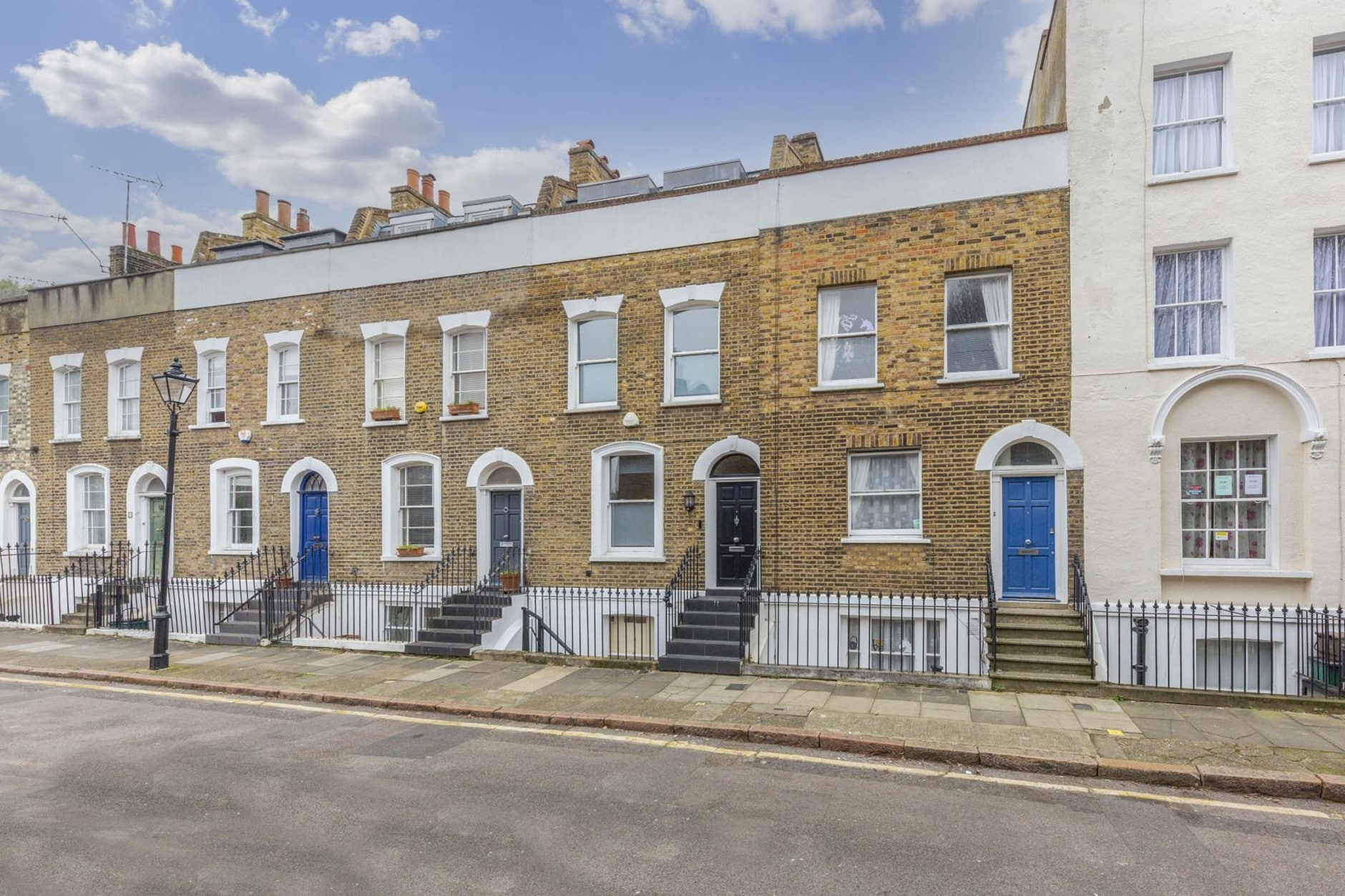 This one-bedroom terraced house with a small rear garden sits just behind Regent’s Canal in Islington. It’s on the market for £500,000.

However, American buyers look for properties that are “quintessentially” British. “They want something out of a period drama,” Scarisbrick says. “High ceilings, good proportions, the sort that we get in old-fashioned properties. They’re buying big country houses — if they can find them.”

Fierce competition and an acute supply shortage in the countryside mean many are turning their attention to leafy London suburbs. Data from LonRes shows that St John’s Wood, Regents Park and Primrose Hill have experienced strong price growth over the past two years — an 18.7 per cent increase in the past year after 11.7 per cent the previous year.

As for the 100,000 Hongkongers taking advantage of the British National (Overseas) visa, many of them have abandoned central London for better value for money in the suburbs and home counties. 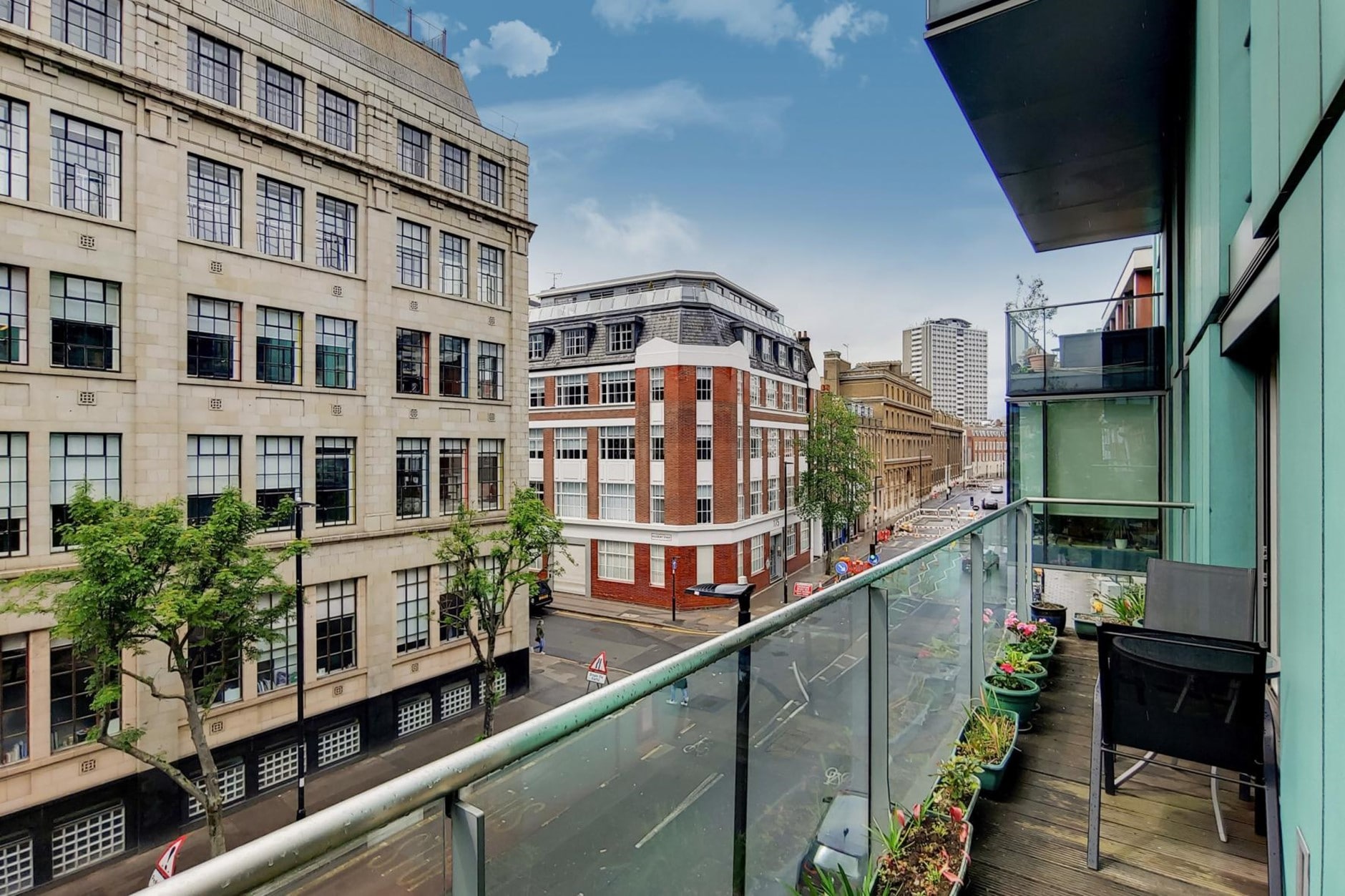 A one bedroom flat in a new block on Brewery Square in Clerkenwell, with an open plan kitchen and a terrace accessible from both the bedroom and the living room, is on the market for £650,000.

“Buyers from Hong Kong are moving from an apartment culture with large lateral living spaces and are now having to realign this expectation with the housing stock of Elmbridge and the home counties, which is predominantly made up of townhouses,” says Tim Firth, director of estate agency Jackson-Stops’ branch in Weybridge, Surrey.

In the meantime, flats in London neighbourhoods once popular with foreign buyers are up for grabs but, say the experts, for a limited time only.