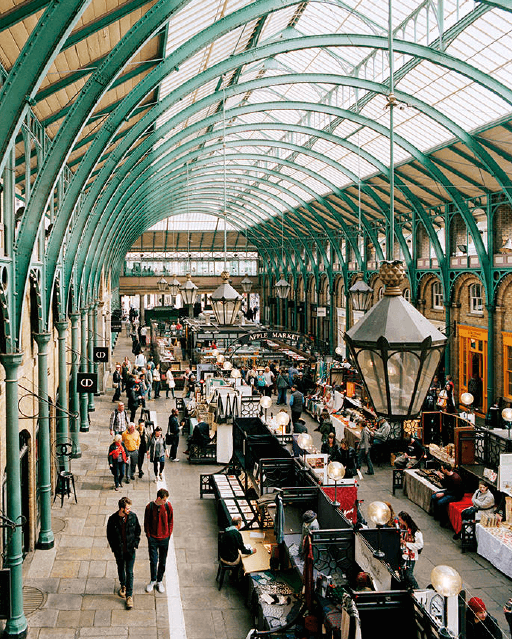 Prime property added market stalls in London’s Covent Garden properties around the historic piazza have been upgraded but sales have slowed shops and stalls in Covent Garden market.

At various times the home of paupers, performers, prostitutes and the pious — it started life as a monks’ vegetable patch — Covent Garden’s identity has been haggled over and traded like produce at a hawker’s stall. Its latest reinvention is at the hand of developers, insistent that this one-time “touristville” is now a smart residential district in what developers and agents have dubbed London’s “Midtown”.

Since the developer Capital & Counties (Capco) purchased the market building and nearby properties for £421m in 2006, buyers and surging residential prices have given credence to that idea. But with values across prime London tanking — down 15.9 per cent since the 2014 peak, according to Savills — vendors in this former fruit and flower market are ready to barter.

Before Capco moved in “Covent Garden was a bit seedy”, says Nina Coulter, director of residential at Savills. “Some of the retail was a bit low-end.” Since Capco’s acquisition, though, “even the quality of the street performers has gone up”.

The developer’s influence is evident all around the piazza. Restaurants — including Balthazar and the Ivy Market Grill — and retailers have been brought in. Today, Capco boasts that Covent Garden is home to the “most beauty brands per square metre” anywhere in London. The most dramatic facelift, though, has been on the local housing stock.

“Because the perception of the area has improved and it’s been gentrified, the developers have moved in,” says Coulter. Aviva Investors recently converted a former jazz club into 14 apartments at The Colyer, where CBRE is listing a three-bedroom penthouse for £3.495m. Nearby in the newly-built 38 Southampton Street, prices for a one-bedroom flat start at £975,000. This year will also see the completion of Capco’s Floral Court development. As well as 45 homes, the project will include restaurants, shops and a courtyard. “We’ve not seen anything like it in Covent Garden,” says Lisa Hollands, executive director of CBRE residential. 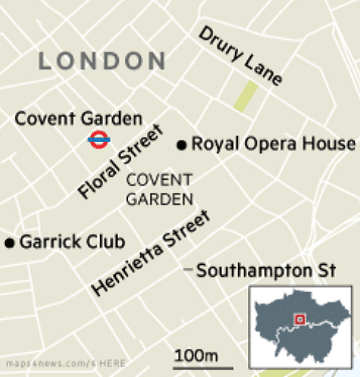 The effect on house prices has been significant. In 2007, the average square foot of property in the Covent Garden area would have cost you around £1,000. A decade on, that figure had risen 60 per cent, to £1,600, according to LonRes. Prices for new-builds are much higher. The three-bedroom penthouse at the Colyer, at £3.495m, costs more than £2,400 per sq ft.

There are signs, however, that the surge is petering out. Last year, prices per square foot in the postcodes spanning Covent Garden fell 1.4 per cent from 2016, according to LonRes. Properties languished on the market for an average of 170 days, the longest period of the past five years. On Macklin Street, a two-bedroom apartment in a converted warehouse is for sale at £2.3m, with Knight Frank.

Sales of new-builds have slumped. Between January and September last year, LonRes recorded just two new-build sales, compared with 18 in 2016. 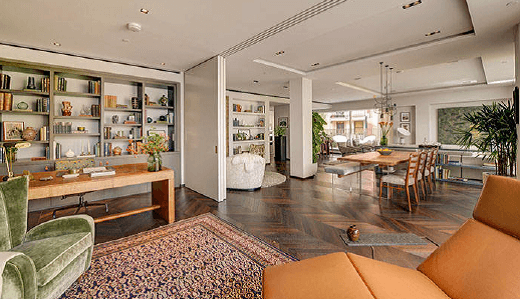 Three-bedroom penthouse at The Colyer, £3.495m

“A lot of the new boutique developments which were completed when the market was still up, have had to cut prices a lot in the last few years,” says Louisa Brodie, head of search and acquisitions at estate agents Banda Property. She puts the blame on stamp duty reforms in 2014 and 2016, which first raised the tax bill on all homes priced above £937,500 and then added a 3 per cent premium on second homes.

There may be more localised reasons behind the price falls, though. Agents say that much of Covent Garden’s recent ascent was built on its relative value. “One of the reasons people were buying four or five years ago is it looked great value compared to Mayfair or Kensington,” says Camilla Dell, managing partner at buying agent Black Brick. “But now the price per square foot is the same as Kensington on new-builds.” 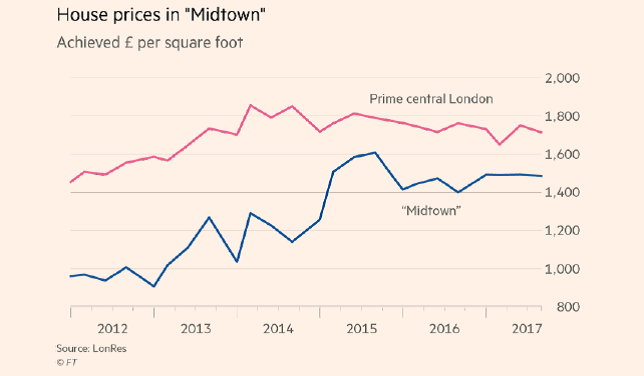 Buyers may be reluctant to return to Covent Garden’s resale market. “Some of the older stock looks knackered,” says Jo Eccles, managing director of SP Property. “People are used to having pools, and all they have is a tatty water feature.”

That’s unlikely to play well with wealthy European and Far Eastern buyers. Overseas buyers comprise roughly half the local population. “Domestic buyers wouldn’t have thought of it before the gentrification,” says Peter Preedy, a director at JLL. They’d go to the theatre, but would they live there? God, no.”

Even now, agents concede that the bustle of Covent Garden can dissuade clients, with many preferring more residential neighbouring postcodes. “To buy in Covent Garden you have to love Covent Garden,” says Dell. Convincing buyers to see past the street performers and tourists might need more than the flashy new “Midtown” rebrand. 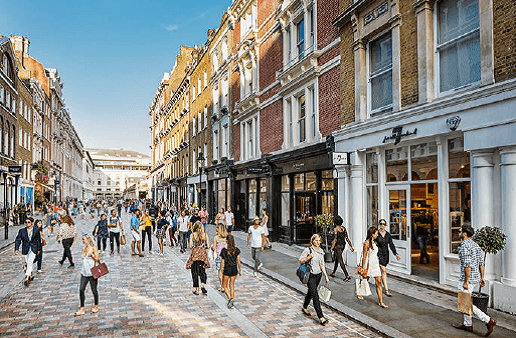 £1m A one-bedroom flat in a Grade-II listed building