Homeowners have a new mantra — renovate, don’t relocate when it comes to upsizing, says Robin Ash

Keep it neutral even if you are not selling 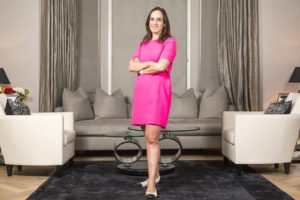 Climbing the property ladder and moving into ever-bigger homes was once the path for those with a growing family, but now homeowners have a new mantra — renovate, don’t relocate.

Some simply can’t reach the next rung thanks to relentless house price rises, but for many it’s an active choice, and the case for staying put became even more compelling last year when stamp duty was reformed. This made anyone spending more than £938,000 on a home worse off, and left those buying a £2 million house facing a tax bill of £153,750. That buys a lot of home improvement, so it’s little wonder that the top of the market has cooled.

Someone who has chosen to invest in their existing house rather than give the taxman an early Christmas gift is Camilla Dell, of Black Brick Property Solutions, a London buying agent. Dell, who has been finding homes for well-heeled buyers since 2002, might have exploited her insider knowledge to find a bigger home, but instead she opted to stay put. Dell recently completed a renovation and found that it was a better option than buying another property, especially given the changes to the tax regime.

“When you take into account the costs of moving and the stamp duty, I paid less on the refurbishment than I would have done on the tax bill,” she says. “Also, I love where I live and I love the house. I wouldn’t have wanted to move even if money weren’t an issue.”

When Dell bought the Victorian terraced house in West Hampstead 12 years ago the property was divided into two parts. There was a lower ground two-bedroom flat, which was tenanted, and she lived in the upper section of the house. “I set my business up in the loft and then made the lower floors an office as it became more succesful and the tenants moved out,” she says. “That involved knocking down some walls and making it open plan. When the business expanded I rented an office in Mayfair and we converted the house back into one unit and added an extension. The lower ground floor became a dining room and kitchen leading into a sitting room with bifold doors out to the garden. One big family living space. It completely transformed the house and moving the kitchen meant we gained a formal reception room. I had my first daughter and we were very happy, but a year ago we decided to refurbish the house because it was looking very tired — and I had another baby on the way.” Dell hired an architecture company, dMFK, and the builders set to work.

The plan involved replacing the floors, staircase and bannisters, repainting the house, renovating the master bedroom and its bathroom, and replacing the sash windows to put in double glazing. Two bedrooms with lots of storage were created upstairs for the children, a new office was added, and their live-in nanny’s bedroom was moved so that she had her own space and bathroom.

Even though she knew that she wasn’t planning on moving, Dell couldn’t help thinking like a buying agent and remained conscious of future saleability. “Even if you’re not planning to sell immediately you’ve always got in the back of your mind not to do anything too garish. It’s best to keep things neutral — my clients are put off by bold colour schemes. I’ve seen deals fall through because of poor decor choices.”

She couldn’t resist some personal flourishes though. “My daughter loves dinosaurs so we put in silver and white dinosaur print wallpaper, and another with butterflies in the baby’s room,” she says. “It’s very cute.”

Dell rented a temporary home in her dream area and lived there while the house was renovated. “We took a flat in St John’s Wood,” she says. “I’ve always wanted to live there so I thought I’d rent and see what life was like. It was OK, but it was noisy. After six months we were dying to get back.” Having moved out in October last year they thought the work would take three or four months, but this turned into six. “We should perhaps have been better organised and started the work a bit earlier, but we’re very happy now. It’s a great home. Staying put was the right thing to do.”