Home » We're Insightful » Articles » House prices are falling. Should I wait to sell my property?

After two years of rocketing house prices, the property market is coming back down to earth. The average house price in the UK decreased for the first time in 15 months, dropping £4,000 from £272,259 to £268,282, in October, according to Nationwide.

House prices are falling. Should I wait to sell my property?

After all the recent political and financial turmoil, we take the temperature of the residential property market.

After two years of rocketing house prices, the property market is coming back down to earth. The average house price in the UK decreased for the first time in 15 months, dropping £4,000 from £272,259 to £268,282, in October, according to Nationwide. The estate agency Savills predicts prices will fall by 10 per cent on average next year, and the number of sales will reach its lowest level since 2011.

“There are more price reductions at the moment than new listings,” says Jonathan Hopper, chief executive of the buying agency Garrington. “I think the scale and the shock of what’s unfolded politically and economically over the last six weeks has driven the message home that this isn’t a changing market, it’s a changed market.”

With prices expected to fall further in the coming year, sellers will be keen to sell while buyers will want to wait — creating an impossible standoff. So should you wait or should you bid low and go? Here’s our guide to where you have room to negotiate and the markets where you’ll be laughed out of a viewing for trying.

Will price falls help me as a first-time buyer?
Property values increased by 13.6 per cent in the year to August, according to official statistics, which means that if house prices were to fall by 5 per cent, this would just take prices in London back to August 2021 levels. Meanwhile, prices in Wales would drop to March 2022 prices.

Higher mortgage rates are going to hit first-time buyers at the lower end of the market hardest, because these are the buyers who need to borrow the most and are most likely to be feeling squeezed by the rising cost of living. As a result there are 27 per cent fewer buyers for properties costing less than £250,000 than there were last year, according to Hamptons estate agency, and 14 per cent fewer homes going on sale due to the increased price of moving up the ladder.

Record-breaking rents, however, mean it’s worth buying if you can. Sarah Coles, senior personal finance analyst at Hargreaves Lansdown, a financial services company, says someone hoping to buy a £296,000 property may see the price drop £14,800 over the next year, but they would spend £13,944 renting the same property in that time. “When you bear in mind that all of this cash would go to a landlord rather than paying down the mortgage, it feels like less of a win,” she says.

Can I lower my offer after it has been accepted?
An offer isn’t legally binding until exchange of contracts in England and Wales. This is not the case in Scotland, where the accepted offer is legally binding, although buyers can make an offer subject to survey. 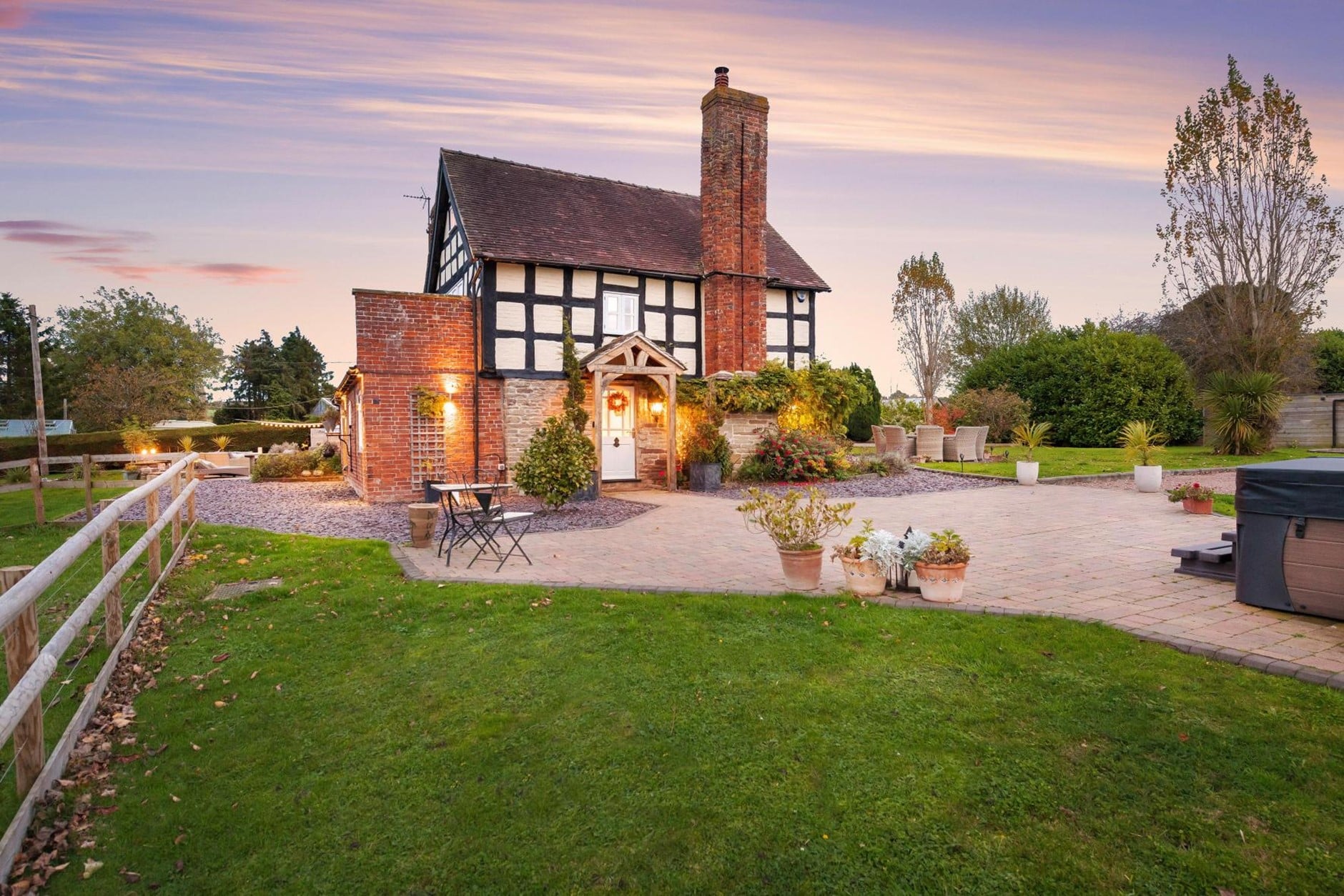 Fine & Country has this six-bedroom detached home in Shropshire for offers over £1 million, reduced from £1.2 million.

Once an offer has been accepted, the seller is legally bound to sell it to the buyer at that price. They do not have to accept a lower offer, they can simply quit the sale and put the property back on the market.

Gazundering, or lowering your offer just before exchange of contracts, is seen as bad form as it takes the seller back to square one and it can affect everyone in the property sales chain.

Long conveyancing times mean that some mortgage offers are expiring before exchange, forcing buyers to take on loans at higher interest rates than they had originally budgeted for. If this is the case, the seller may be sympathetic.

Where is there room for negotiation?
“It’s your boring, everyday, lower-price houses in a mundane town that are sticking around because those are where the buyers are having to tighten their belts,” says Carol Peett, managing director of buying agency West Wales Property Finders. “Any nice property is still selling incredibly quickly and smallholdings and properties with sea views are going way over asking.” 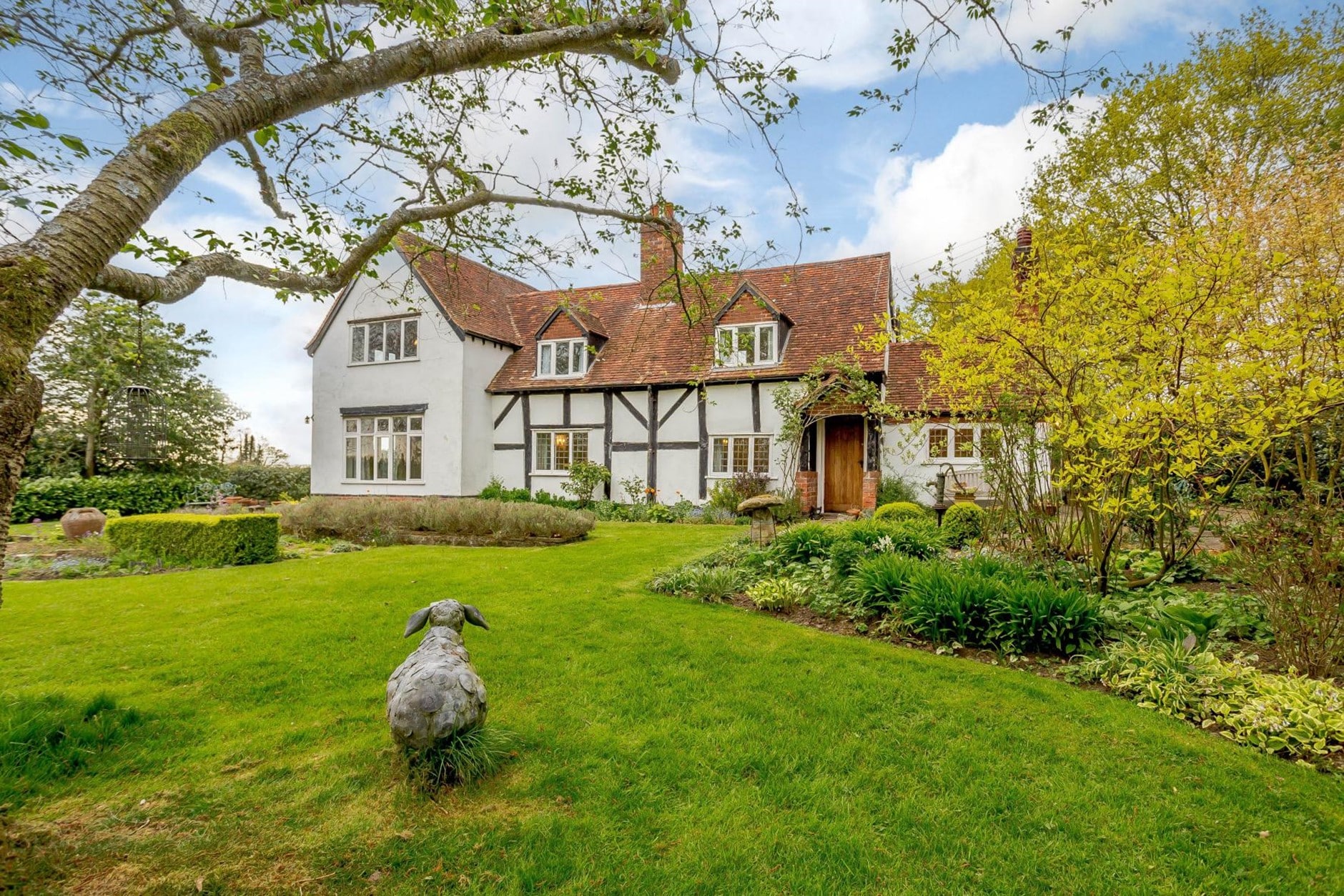 A four-bedroom detached house in Coventry, with 12 acres of paddocks and fields, is on the market for £1.4 million, reduced by £100,000, with Fine & Country.

The hardest properties to sell, where there may be more willingness on the side of the seller to negotiate, are below £100,000 (Hamptons figures show they are spending 21 days longer on the market) and properties between £250,000 to £500,000 (18 days longer).

The cost of living crisis is motivating a new breed of seller at both ends of the property spectrum who may be open to negotiation. Empty nesters who used to be happy underoccupying large properties but are finding them increasingly unaffordable to run, and mortgaged buy-to-let landlords in the South East, where yields are typically lower than in the North, who are unable to raise the rent enough to meet their rising mortgage repayments, according to the Surrey-based buying agent Richard Winter.

“There are discounts on uniform new-build-type properties that can only compete with each other on price. We’re seeing classic developer incentives — part-exchange, chain-break — creeping back in,” Hopper says. “Properties that require a lot of work are out of fashion too, because of the rising cost of construction and materials, and the reliance on cash to get around higher borrowing costs.”

How much can I bid below asking?
Almost 7 per cent of homes have had their asking prices cut by more than 5 per cent, according to the property portal Zoopla. Average discounts and prices are a blunt tool, however, and should be used as a rough guide. It all depends what you’re buying and where. 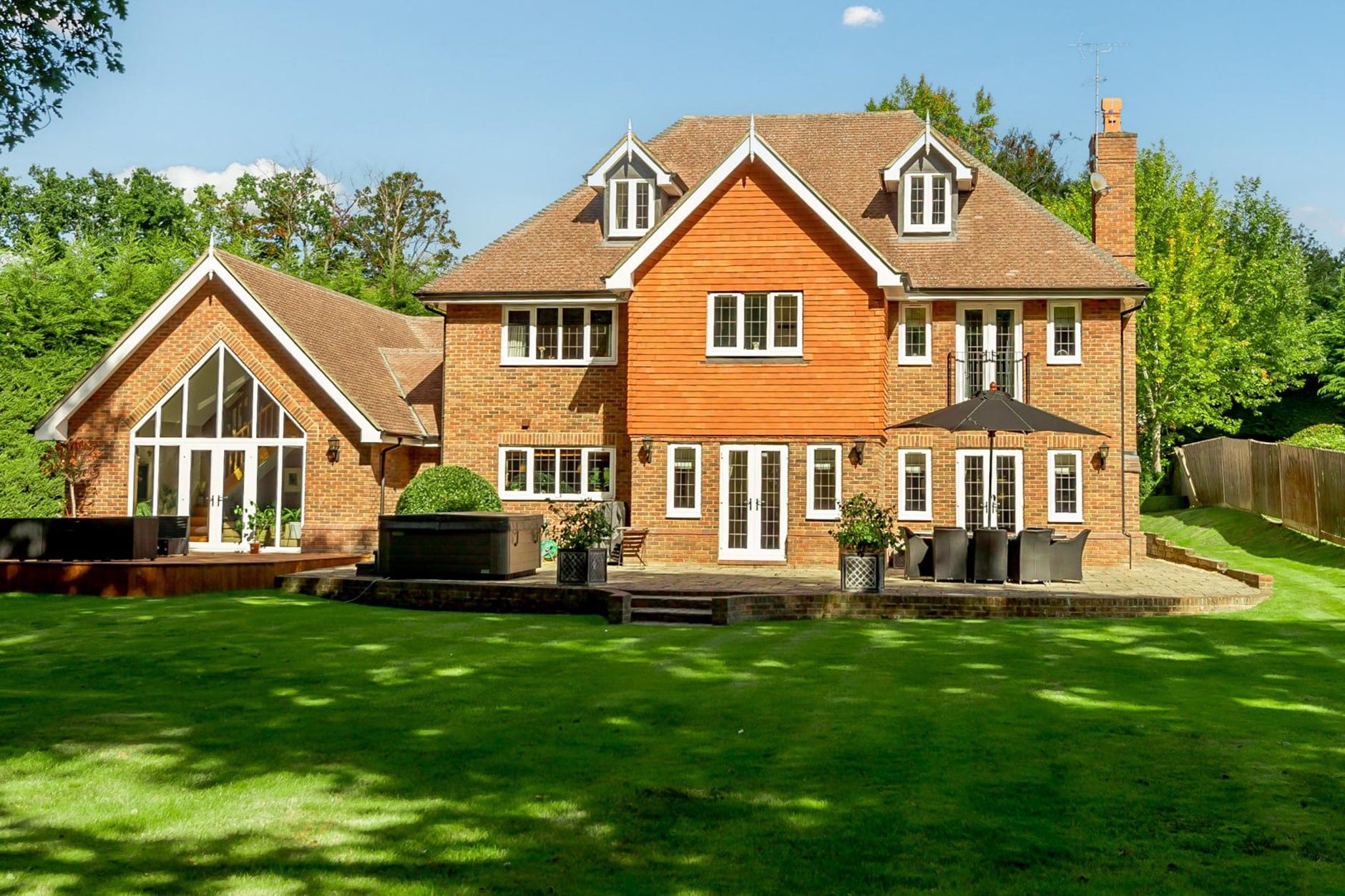 Fairview House in Berkshire is on the market for £2.25 million, recently reduced by £350,000 with Strutt & Parker.

So far this year, you were most likely to get an offer accepted under asking price on a sub-£100,000 (asking prices down 1.4 per cent on last year) first-time buyer purchase (down 1.4 per cent) in the countryside (1.3 per cent down), according to Hamptons.

Hopper says: “The big thing we’re seeing win negotiations is certainty. There is so much nervousness among sellers at the moment that being able to demonstrate that you are organised and you can hit deadlines is something that will give you room on price.”

“Four or five months ago, I had an offer accepted on a house at £1.75 million that went for over the asking price,” Winter says. “That fell through and went under offer four weeks ago at £1.65 million.”

An increasing number of properties are appearing on the property portals with asking price reductions as sellers face up to the harsh reality that the premiums seen during the pandemic, fuelled by the stamp-duty-holiday frenzy, are long gone. 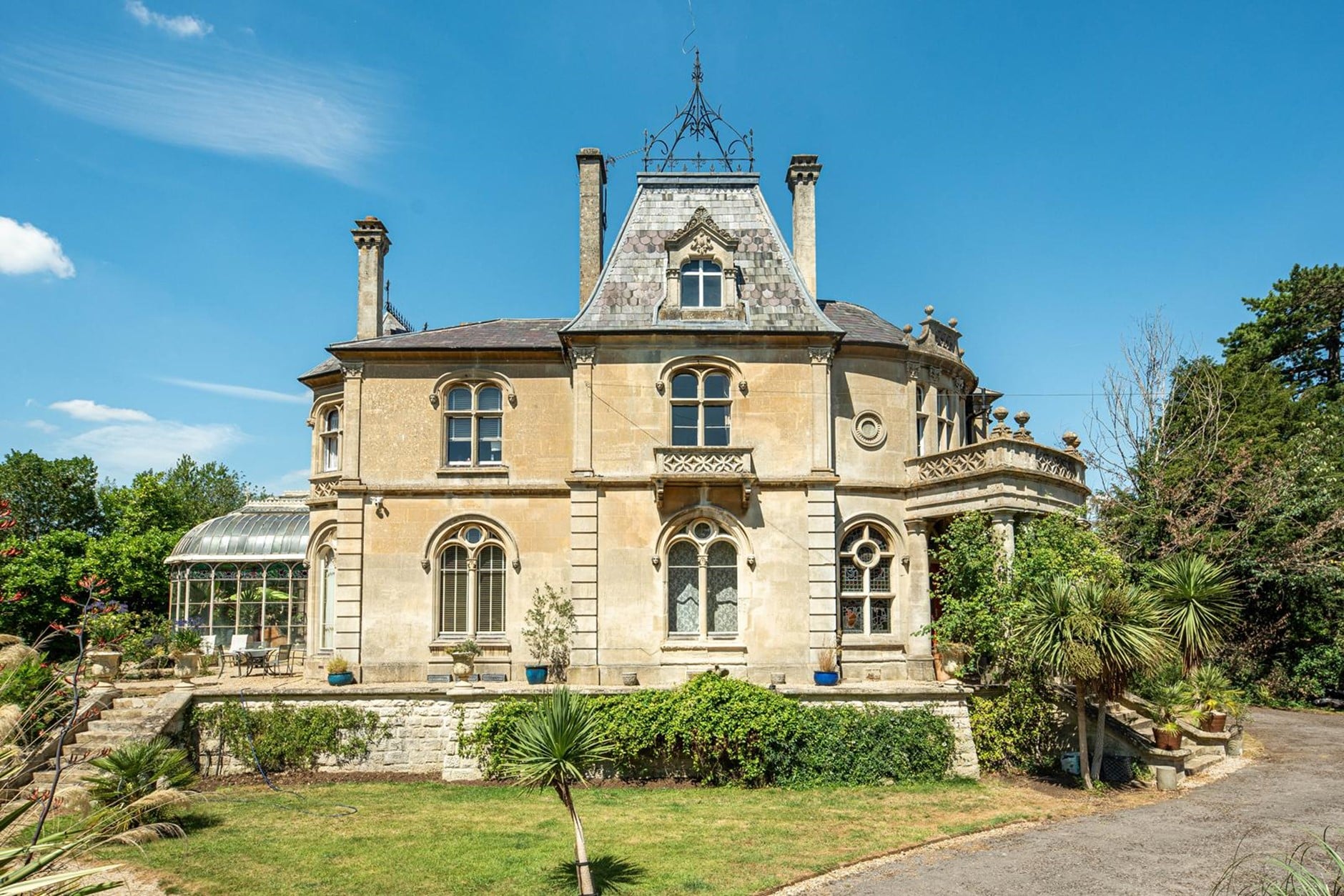 This four-bedroom home in Trowbridge is on the market for £1.5 million, reduced from £1.65 million with Peter Greatorex.

Dominic Agace, chief executive of the estate agency Winkworth, says sellers need to be more “realistic . . . This doesn’t mean going backwards in prices, but instead not setting new records in the street.”

There will always be postcodes where demand outweighs supply. Hopper still sees four or five offers per property in the Cotswolds and Hampshire, but he is also seeing sellers that would traditionally wait for the spring putting their homes on the market now — or going off-market to test the waters — who are fearful of further rate rises in the new year.

Where are the best markets for buyers and sellers?
It’s best to be a seller right now at the lower end of the market in cities in the north and the Midlands, where value for money is better and house price-to-income ratios are lower.

More than a third (34 per cent) of properties in Britain attract three or more offers, Hamptons figures show, but the places where bidding wars are most common are in the North West (40.4 per cent), Scotland (39.3 per cent), the East Midlands (39.1 per cent) and Yorkshire (38.1 per cent). Buyer demand increased the most in the Old Trafford district of Manchester (48 per cent) and Liverpool city centre (30 per cent) between June and September, according to the data analyst PropCast. 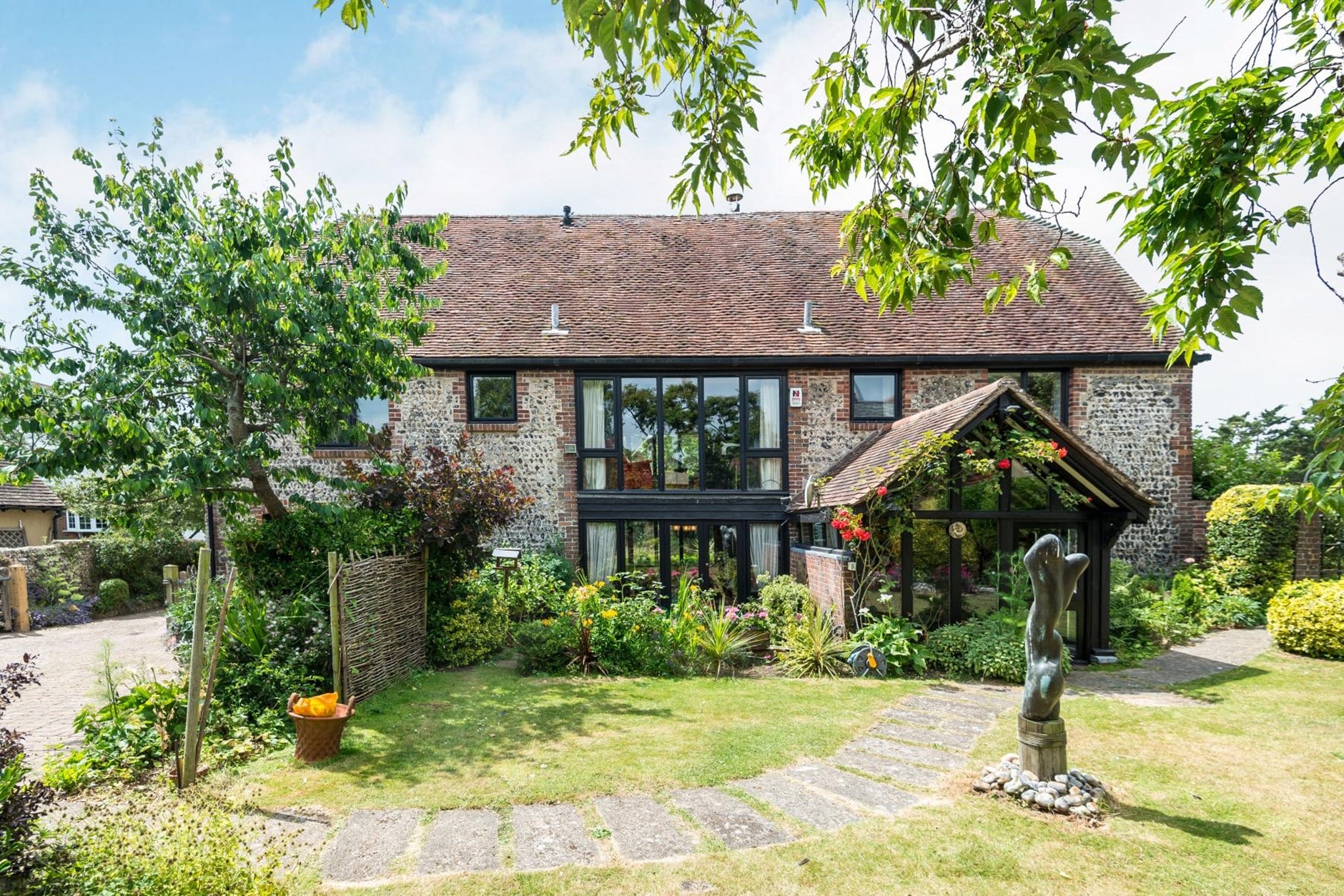 It’s also a great time to be selling at the top end of the market, where buyers are largely insulated from mortgage rate rises because they don’t need a loan or they don’t need to sell. Properties worth £1 million or more are now selling 17 days faster than in October 2021, Hamptons reports.

In London, 5 per cent more homes are selling for above asking price than last year, and it was the region with the biggest rise in buyer demand, up 11.6 per cent on last year. PropCast data shows that the City of London and the West End are back.

With pandemic travel restrictions now a distant memory, international buyers have returned and are taking advantage of the slump in the pound. Camilla Dell, at the buying agency Black Brick, has recently done a number of deals in Notting Hill and Mayfair. “There’s a lot of international money swirling around. Most sellers are just really bullish at the moment in prime central London,” she says.

As for buyers, Savills predicts the biggest price falls in the next year will be in regions with the highest house prices where most of the market is reliant on credit. It’s for this reason that values are forecast to tumble 12.5 per cent in Greater London; 11 per cent in the east of England and the South East; and 10 per cent in the South West.

PropCast’s data shows that the biggest fall in buyer demand between June and September was in Totland Bay on the Isle of Wight (54 per cent drop), Deansgate in Manchester (40 per cent), Henley-in-Arden near Stratford-upon-Avon (37 per cent) and Amlwch on Anglesey (36 per cent).

Chris Druce, who produces the Prime Country House Index for the estate agency Knight Frank, says: “It’s getting back to a more classic market. Covid destroyed that seasonality, and I think this year we are returning to that quiet time during the winter and then it will ramp up again in spring when the houses start to look their best.”

How low will prices go?

Property prices are expected to continue falling as the cost of living crisis deepens with inflation and interest rates rising, but by how much, and how fast, is the subject of conjecture, writes Carol Lewis.

One of the most pessimistic forecasts has come from Simon French, chief economist at Panmure Gordon, an investment bank, who predicts that house prices will fall by 14 per cent over the next three years (or 29 per cent when accounting for inflation). Andrew Wishart, senior property economist at Capital Economics, a consultancy, expects prices to fall 9 per cent in 2023 and 3 per cent in 2024. Tom Bill, head of residential research at Knight Frank, believes they will fall by 5 per cent next year and 5 per cent the year after.

It’s not just prices that will fall though; transactions too will be hit. Lucian Cook, head of residential research at Savills, estimates that 190,000 fewer people will buy a home next year than this year. Hardest hit will be first-time buyers, with 110,000 fewer able to buy.