The wealthy are splashing out on penthouses. We look at the reasons behind this buying spree 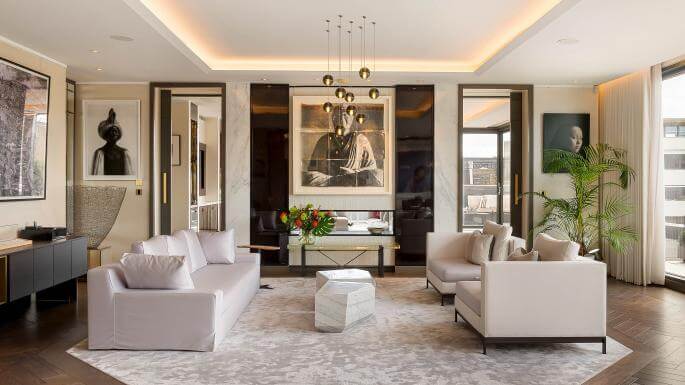 Reports of the death of the super-prime property market have been greatly exaggerated, as Mark Twain might have said had he worked for an estate agency in London. Hundreds of millions of pounds of property transactions have been completed in the past six months, with buyers — particularly those with US dollars to spend — aiming high and paying top prices for penthouses.

Among these is the penthouse at the Peninsula London hotel, overlooking Hyde Park in central London, which is believed to have been bought for £100 million by Ken Griffin, an American investor, as part of a wider portfolio, which includes a mansion on Carlton Gardens, St James’s, for £95 million.

Caspar Harvard-Walls, a partner at Black Brick, a buying agency, says: “It is the classic thing of people trying to call the bottom of the market. For those with American dollars there’s been an extra incentive. The weak pound means that buyers now receive the equivalent of a 40 per cent discount on prices, compared to the first quarter of 2015. “There is a feeling that there might have been an overcorrection in the market and maybe it has gone too far in favour of the buyer. There is also the reasoning that if people like Ken Griffin are investing, maybe they ought to, too.”

Griffin’s acquisition is not the priciest of its kind in this period, though, having been pipped by the sale of the 8,100 sq ft penthouse — with a 5,000 sq ft roof terrace — at Lodha’s No 1 Grosvenor Square development to an unnamed Chinese buyer for a reported £105 million. These prices beat the previous year’s £90 million sale of the penthouse at The Knightsbridge to the British media entrepreneur Ashley Tabor.

Buyers at this price point are fussy. James Hyman, the head of residential at Cluttons, an estate agency, says: “These are not just top-floor flats, they have to be the whole top floor, have unrestricted 360-degree views, double-height ceilings, a hotel-style concierge and total ‘wow’ factor.”

The penthouse that has fetched the highest price this year is thought to be that at Clarges Mayfair, just off Piccadilly and overlooking Green Park, in central London, which sold for £55 million (after a £60 million deal for the same property fell through), with a smaller penthouse in the same development selling for £38 million.

There has recently been a cluster of other deals between the £15 million and £20 million mark, including the penthouse at the Nova development, near Victoria, for just under £17 million.

This spurt of activity can partly be attributed to several new-build super-prime penthouses having come on to the market at the same time. There are more in the pipeline, too, with hopes of record prices at John Caudwell’s Audley Square development in Mayfair, where the eight-bedroom penthouses are said to have their own swimming pools and gyms.

Penny Mosgrove, the chief executive of Quintessentially Estates, the buying agent involved in the sale of the Clarges Mayfair penthouse, says: “Here is a purchase that represents confidence in the prime central London market and assurance in the UK’s economy, despite Brexit and other global pressures.”

While the lower end of the London market remains cautious over Brexit concerns and increased stamp-duty rates, buyers at the upper end are jumping at the opportunity to invest.

Ed Lewis, the head of residential sales at Savills, says: “There is confidence in the London story and, if we have an orderly Brexit, many believe there will be a surge in the market and prices will rise.”

Mosgrove says: “We have more than £200 million of property requests for prime central London.”

And Camilla Dell, a managing partner at Black Brick, says: “We had a record number of inquiries for property up to £20 million in January, more than the whole of the last quarter last year. There is a lot of pent-up demand.”

Stuart Bailey, a partner in Knight Frank’s Belgravia office, says: “There are two schools of thought: either that people want to spend on the best in class and think, ‘My equity is safe here’, it is a real flight to quality, or people are looking for a second-hand property that they can get at trade prices. There is a belief that best-in-class penthouses will hold their value because there is a finite supply, and with predictions that the market will rise by 12 to 13 per cent over the next five years I expect buyers will hold for the medium term.”

David Lee, the head of sales at Pastor Real Estate, has also had an increase in buyers looking for properties between £10 million and £20 million.

“There is a real inflection point in calling the bottom of the market in terms of the dollar-sterling currency,” he says. “Brexit is not important for many at this level. They have cash and still feel that central London is a good place to have it.”

Hyman, who recently sold the freehold of the Bankside Collection, a 16-storey development that includes a triplex penthouse, for more than £19 million, says: “The international market hasn’t fallen out of love with London. It has very much been sitting on the fence and waiting for the market to bottom out, waiting for the London property market to stabilise, but more importantly the currency play.”

For many of the buyers and sellers of these super-prime properties, discretion is paramount, with penthouses such as the one at No 1 Grosvenor Square neither advertised nor marketed. Wealthy buyers such as Griffin send agents to scout out suitable properties, with offers made through brokers.

Mark Parkinson, a founding partner of the buying agent Middleton Advisors, says: “A lot of the buyers at this end of the market have US dollars to spend, and to a lesser extent euros. For some it is about currency, for some Americans there is the prospect of [President] Trump gaining a second term too.

“For others it is political instability at home. They are not too worried by Brexit. For many at this level it is not going to be their main home; domestic politics isn’t seen as too much of a worry. Taxation might be more of a worry, with the prospect of a Corbyn/McDonnell government, but many think that would be short-lived.”