When the Norman Foster-designed HSBC building in Hong Kong was completed in December 1985, it was the most expensive building in the world ever to have been constructed.

Hiring a ghostbuster and only buying on the eighth floor: how beliefs and superstition can make or break a property sale

When the Norman Foster-designed HSBC building in Hong Kong was completed in December 1985, it was the most expensive building in the world ever to have been constructed.

While designed – much like earlier colonial-era structures on the island – with a trained feng shui geomancer, it did not anticipate the arrival, just a few years later, of the Bank of China building, with its knife-like edges, next door.

Shortly after it was built, the governor of Hong Kong died and there was a downturn in the city’s economy; it didn’t take long for fingers to be pointed at the new building. Feng shui masters were consulted and two cannon-shaped structures were mounted on the roof of HSBC’s building to dispel incoming negative energy from its neighbour.

Such is the power of the ancient practice of aligning buildings and objects, in order to attract good luck and ward off misfortune, that entire apartment buildings in Hong Kong have been built with holes through the middle. This is to allow dragons – traditional symbols of wealth and prosperity – to reach the harbour. Blocking the dragons’ path is thought to bring bad luck to residents.

While this may be a step too far for London developers, many are all too aware of its importance, and factor in a feng shui consultant if they wish to attract the lucrative Chinese market. 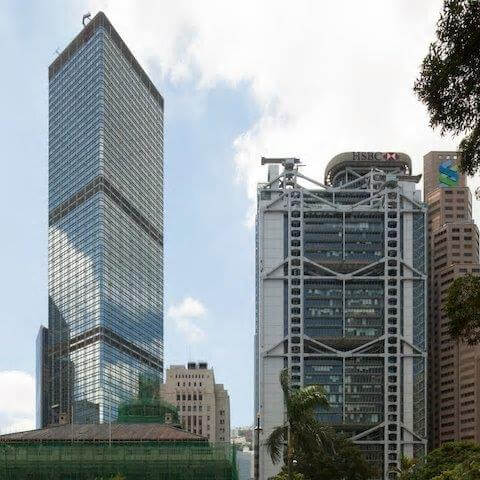 That means changing addresses if they feature the number four, which is considered inauspicious in China because it sounds similar to the words for “death”. Property developer Ballymore also commissioned a feng shui audit report for its Embassy Gardens project at Nine Elms in south London. The number eight is lucky, and Chinese buyers will often make offers on apartments with eight in the number or floor, explains Merlin Dormer, of buying agent Heaton & Partners.

“We also receive offers with eights in them from Chinese buyers,” adds Bertie Hare, from Strutt & Parker’s Knightsbridge office. “On the seller side, someone might decline a higher offer like £900,000 if a lower offer includes more lucky numbers, like £888,888.”
Mayfair and Marylebone-based agent Martin Kay, of Kay & Co, says that Chinese clients looking at high-end property will sometimes bring their feng shui consultant with them on viewings. “It’s nerve-racking as it can end a deal immediately if something’s not right, particularly if one of the couple is more superstitious than the other.”

In one example, an enterprising (and not superstitious) wife managed to persuade her husband to buy a flat on the edge of Regent’s Park by convincing him it was on the fifth floor rather than the fourth. “She just counted from the ground floor up instead,” says Kay.

These days in London, feng shui requirements compete with another Eastern system of beliefs, vastu shastra, which is important to some Indian buyers, says Camilla Dell, of Black Brick, a buying agent. “One of the main requirements of vastu is that the front door should face south, which, in theory, sounds relatively simple but in London it can rule out whole parts of the city where the streets simply face the wrong way.” 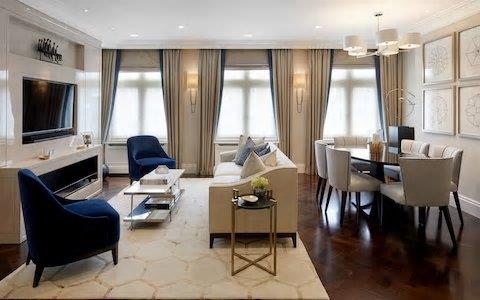 Earlier this year, developer One Point Six took the unusual step of designing a luxury apartment on Pont Street in Knightsbridge according to vastu shastra before putting it on the market. While this remains a niche approach, agents have to find other solutions to remedy such concerns.

For one of Dell’s clients buying in a new development, this involved purchasing two flats opposite each other as well as the corridor space in between. By linking them together they were able to create a south-facing front door and the deal went ahead.

“With off-plan developments, we can try and find a way around these problems. But with some Indian clients, it’s likely that their vastu consultant will be the first to see the floor plans,” says Dell. “If something’s not right, the property is simply ruled out before anyone has been to take a look.” 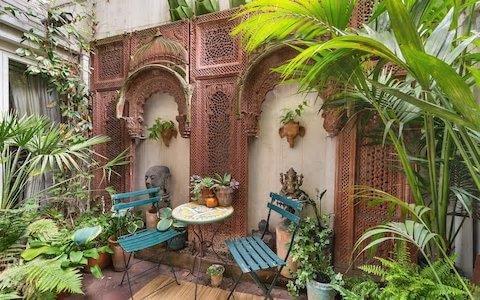 Astrological concerns have also been known to delay a sale. “I was bidding on a property for a client, and we were all ready to exchange when she called a temporary halt because the planet Mercury was moving in the wrong direction,” says Guy Meacock, of Prime Purchase.

“While the planet was in retrograde she was of the belief that she shouldn’t sign the contract. I had to tell the selling agent we’d need to wait until it started moving in the right direction, which took several weeks.”

As international buyers increasingly enter the top end of the country house market, concerns regarding feng shui are having an impact here, too, says Rupert Sweeting, head of country house sales for Knight Frank.

“Many Chinese buyers hate having a well in a house. So if a rural property has its own well in the grounds, they often won’t progress to offer stage,” he explains.

Buyers who believe in the paranormal can also affect how successful a viewing is, adds Sweeting. If there’s any hint of a problem, his advice to vendors is to get the house cleared of any such ghouls by “employing a ‘ghostbuster’ or a priest to exorcise the house”.

Salisbury-based solicitor Marcus Thorpe, of Trethowans, says it’s important to be honest about any activity in the house. “While questions about the paranormal don’t form part of the standard buyer’s questionnaire, and perhaps it’s unique to the country house sector, a good solicitor might ask the question.” 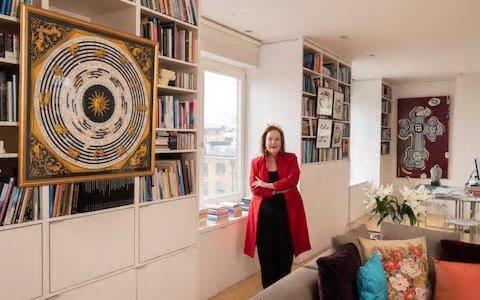 For astrologer Shelley von Strunckel, who writes horoscopes in The Sunday Times and London Evening Standard, interest in the “mystical” is increasing. “There’s a big buzz about it now and a growing interest in the more subtle elements in life.”

Concern regarding the alignment of buildings is not a new concept on British shores, as demonstrated by Stonehenge. According to von Strunckel, even the least mindful buyer of a property will be aware of the energy of a place when they walk into it – they just might not know how to articulate it.

“As an astrologer, we talk about cycles. For a long time, we’ve been in one that’s been very focused on the intellectual – what you can see and measure – to the exclusion of the internal and reflective. That’s beginning to change,” she says.

The energy of previous owners of a property can remain in the walls, she believes; in the case of a new build development, even that of the builders can be present long after they have finished.

Would-be buyers should, according to von Strunckel, stop and think about what they feel during a viewing, without being embarrassed.

Can negative energy immediately stop a sale? Not necessarily. “Regardless of any religious belief, you can always ask someone to come and clear the energy or bless the space,” says von Strunckel. “If in every other way the property works, it’s a lot easier to do that than fix physical problems like replacing small windows or bringing light into eternally dark rooms.” 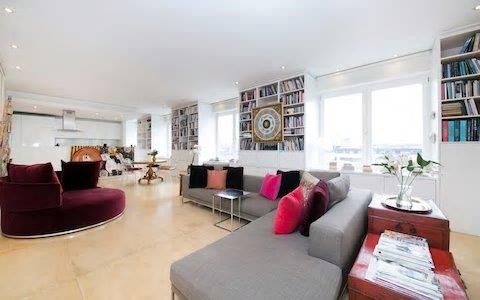 Von Strunckel is hoping to leave some of her positive energy in her loft apartment in King’s Cross, north London, which is on the market for £2.85 million through Currell.

Bought nine years ago, the three-bedroom converted warehouse flat is flooded with light by its huge windows. It overlooks Battlebridge Basin and Regent’s Canal and comes with access to a 24-hour concierge.

“You get great views from here,” she says. “St Paul’s and the Shard in one direction, the London Eye in another and the arches of St Pancras to another,” explains von Strunckel. “It’s just time for me to move on. I’ll take my energy with me but hopefully some will be left for the new owners.”
Previous
Next