An eventful few weeks since we last wrote to you has seen some glimmers of hope in the Eurozone’s protracted debt crisis and short-lived euphoria at the re-election of Barack Obama in the face of America’s looming fiscal cliff. However, given the global backdrop, support for prime London property as a safe-haven asset doesn’t look likely to disappear. Growing tensions in Egypt, French president Francois Hollande’s determination to tax punitively his wealthiest citizens and antagonise industry leaders, plus a rush of new enquiries from potential buyers in the Lebanon suggest strongly to us that geopolitical risks in these and many other countries are likely to remain an on-going source of demand for London real estate.

Certainly, activity levels at Black Brick have remained strong in recent weeks – with several clients keen to complete transactions ahead of the calendar year end. The Knight Frank Prime Central London index rose 0.4% in November – leaving PCL prices up 9.4% over the past twelve months.

Meanwhile, there are signs of life emerging in the wider UK housing market. According to the latest findings of the monthly UK Housing Market Survey performed by the Royal Institute of Chartered Surveyors buyer demand rose at its fastest pace in almost three years in October. The survey’s headline net price balance revealed 7% more surveyors reporting price falls than rises. Though still negative, the reading is the least negative in two years. Elsewhere the Nationwide Building Society showed the price of a typical UK home to be unchanged during November as the market continues to stabilise. Prices are now just 1.2% below the prevailing level of a year ago.

Our podium of 2012 transactions

As we look back on a very successful year in which the strength of the prime Central London property market surprised many, several transactions we have completed on behalf of clients stand out as worthy of highlighting. Invoking the Olympic spirit that showcased London and its inhabitants at their very best in the English summer – our podium gold, silver and bronze transactions of 2012 are as follows: 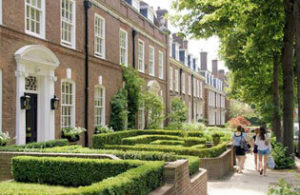 We sourced this highly desirable house on one of London’s best streets for a family relocating from overseas. Unfamiliar with the various neighbourhoods within Central London we showed them a number of properties in different areas to show the variation in architectural styles, neighbourhood amenities and prices. When we viewed the house it was already under offer at £16.5m – but crucially with a delayed completion. Our offer of £16.25m (£2,365 per sq/ft ) with a five day exchange was accepted due to our strong relationship with the selling agent. Another house on the same road recently came to market at over £3,200 per sq/ft despite requiring refurbishment. 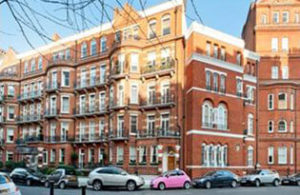 An overseas buyer from the Middle East was looking to expand his London property portfolio and purchase a long-term prime rental investment property. We sourced a fantastic three bedroom, south-facing, corner aspect, first floor apartment with a long lease in this prime Chelsea street. The property was unmodernised and via the Black Brick Property Management Service we are organising both the refurbishment and the entire rental process on behalf of our client. 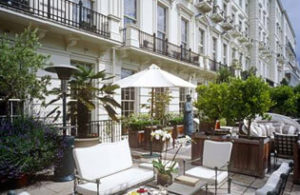 Earlier this year we helped an English client who had very specific requirements. These included a porter, car parking and a dog-friendly building. The property also had to benefit from direct access to outside space, communal gardens and be close to one of London’s parks. We sourced this highly desirable, four bedroom, 4000 sq/ft apartment with its own private terrace right on the door step of Hyde Park. Due to its fantastic location and rarity, the property had fierce competition, but we acted quickly and successfully secured the property for our client.

What next for PCL property?

On December 5th, the UK Chancellor, George Osborne announced that the Government “won’t introduce a new tax on property” in his Autumn Statement. We welcome the news, which will remove uncertainty for potential buyers. We anticipate that many buyers that were adopting a “wait and see” approach will now feel confident to move ahead with their property purchases. A corresponding cut in corporation tax also shows the UK to be pro-business and pro-wealth creation where it benefits the wider economy.

However, at the time of writing we await the imminent release of the government’s plans for an annual levy on property held by ‘non-natural’ persons valued above £2m and an extension of the scope of capital gains tax to include any gains realised on properties sold above £2m held by ‘non-resident, non-natural’ persons. The current lack of detail regarding these higher charges is creating an unsurprising degree of uncertainty in some potential buyers’ minds, particularly in the £2m to £5m segment. After several months of consultations with industry following changes to Stamp Duty announced earlier this year, the Government is expected to publish its draft legislation on these issues on December 11th. We will update you accordingly.

The forecasts for 2013 for both prime Central London and the wider UK housing market from several leading agencies are provided in the accompanying table.

Our own view is that we see some very clear differentiation between prime market segments in the year to come as well as between ‘core’ Central London and the periphery. Camilla Dell, Black Brick Managing Partner, says: “In 2013 we expect the sub £2m sector to be the best performing price bracket. Immune from the higher stamp duty burden and safe from whatever measures the Government has in store for higher valued properties held in off-shore structures, the lower end of prime is likely to remain the principle focus for buy-to-let prime investors.”

“Above £10m we also see values as well supported. In plain terms the imposition of a higher stamp duty levy makes little difference to the ultra high net worth buyers in this segment. At this level, it’s all about the right property. There also continues to be a shortage of supply at the top end with competition for the best properties extremely fierce. In recent weeks a large property in Kensington went to sealed bids within days despite being barely marketed and to which only a handful of potential buyers had even seen floor plans. With a slew of other supporting evidence, prices at the top end of prime Central London feel relatively well underpinned.”

In contrast we believe the outlook for properties valued between £2m to £5m is broadly stagnant and perhaps the most vulnerable to downward pressure in the months ahead. Transaction volumes in this segment have already dropped off in recent months. Some international investors holding properties in this bracket in special purpose offshore vehicles may find the choice between unwinding the structure or the higher charges and capital gains burden when they sell simply unpalatable. We expect a number of investors to sell in the window after the details are announced on December 11th and before they become law.

However, it would, we believe, be wrong to assume that the announcement of higher charges will automatically result in a sharp fall in prices. From our conversations with clients, many prospective buyers are waiting for clarity on the higher charges before committing. And whilst some properties owned in off shore structures may indeed be brought onto the sales market before April next year, many will simply be transferred into a more tax efficient structure. With a long list of potential buyers from overseas we believe any such downward pressure will be relatively short lived and see it is as healthy development for market dynamics long-term.

Finally, may we take this opportunity to thank all our clients and introducers for their support and custom during 2012. We look forward to helping many more fulfil their prime London property ambitions in 2013.